VERIFY: Do less than half of U.S. adults get vaccinated for the flu?

After several viewers reached out to us saying they chose not to get the flu vaccine, our Verify team looked at historical data on how many people skip the shot. 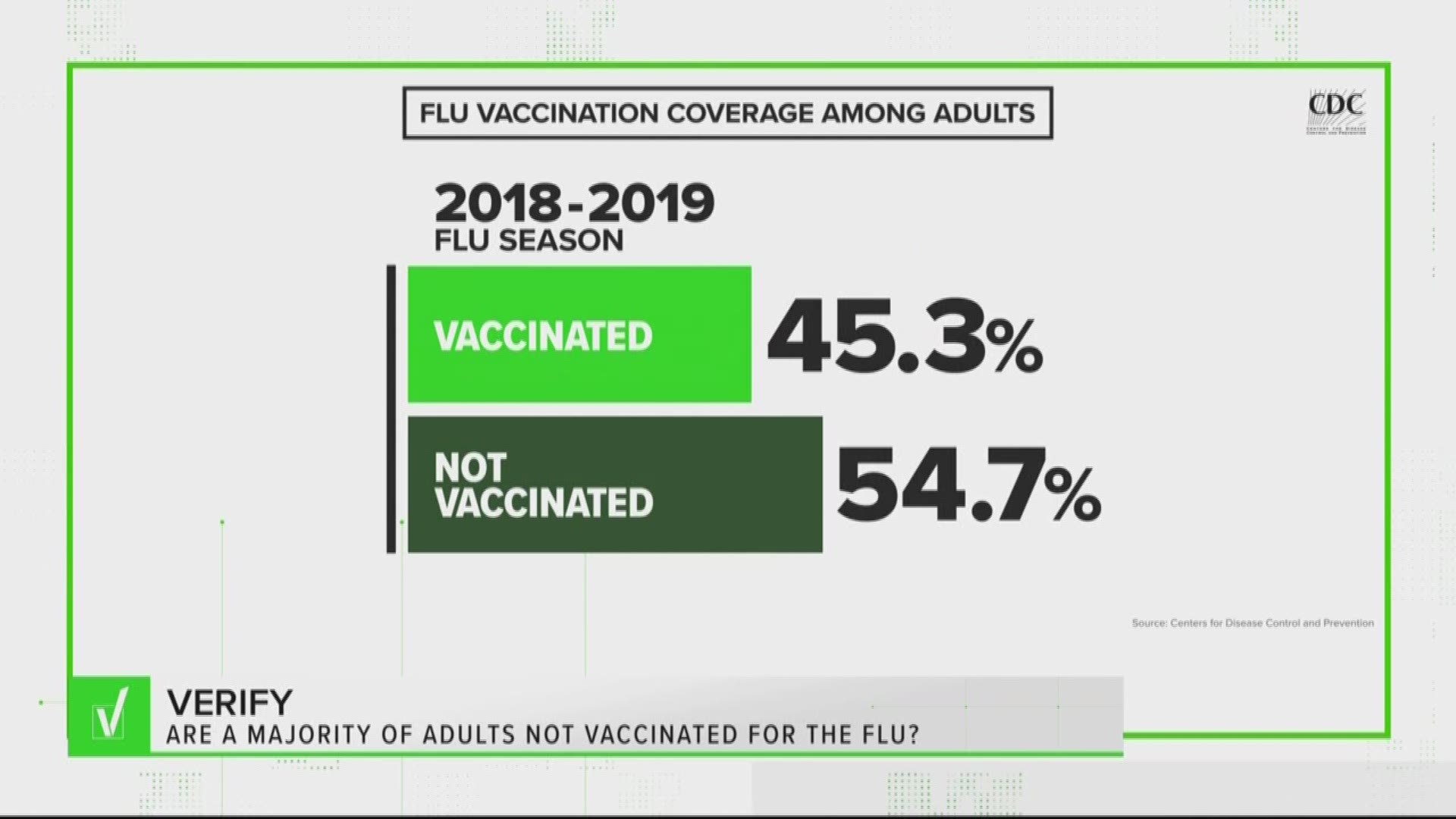 Do a majority of adults in the U.S. skip getting a flu shot?

Health officials say that getting the flu vaccine is the single most effective way to prevent yourself from getting sick with the flu.

The Centers for Disease Control and Prevention has confirmed 24 flu cases in D.C., 29 in Virginia and more than 230 in Maryland.

RELATED: The flu is ramping up in Maryland and West Virginia

Still, viewers kept telling us, they didn't want one.

"Never got a flu shot, I just take plenty of vitamins and wash my hands," one viewer commented on one of our Facebook posts.

"Don't get this shot and won't get the flu either," another person wrote.

That got our Verify team wondering: Do a majority of adults skip the shot?

Our researchers looked at data collected by the Centers of Disease Control and Prevention, the leader in all things flu, which confirmed fewer than half of adults in the U.S. are vaccinated.

Still, more people were vaccinated in the October 2018-May 2019 flu season than in the past eight years.

Credit: CDC
Flu vaccination rates among adults has been rising over the last eight years.

The data flips when it comes to vaccination coverage among children. Approximately 62.6% of children nationally got the shot, which was the highest percentage in the past eight years, according to the CDC.

So yes, we can Verify that nationally, fewer than half of adults get immunized.

There is a caveat. In Maryland and Virginia, just over 50% of adults are vaccinated. They are among the top states in adult vaccination.

RELATED: VERIFY: Is there a shortage of high dose flu vaccines in DC, Virginia and Maryland?