VERIFY: How to calculate your 'Killer Candy Count'

There is a tipping point where those fun-sized candies aren't so fun anymore. 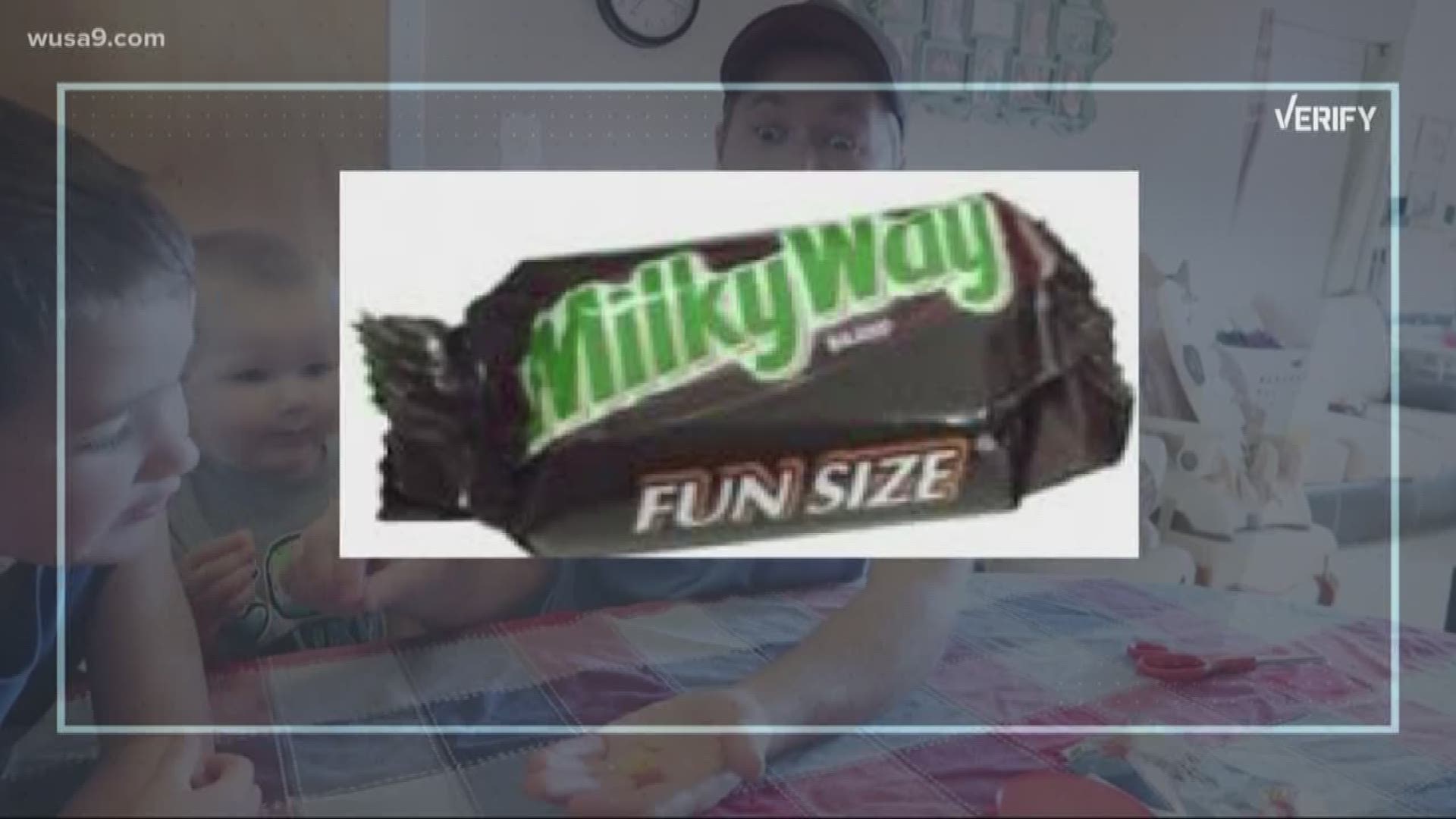 Are the kids going trick or treating for Halloween? Be honest -- you're going to raid their stash after they get home. But you better know your limit.

Those little fun-size chocolate bars look innocent. But eat enough of them, and they turn into Killer Candy.

Yep, a certain number of them can actually kill you.

PREVIOUS: Trick or wine! Pair your kid's Halloween candy with the perfect wine

We're going to show you how many. And it's probably fewer than you think.

Let's do some Verifying -- and nobody has to get hurt.

It's all about the sugar.

Like most everything, sugar is toxic if you eat too much of it. Scientists at the American Chemical Society have calculated the toxic tipping point for sugar. And they've determined how much sugar is in an average fun-size candy bar. To find someone's Killer Candy Count, you simply factor their weight into the equation.

Take your weight and multiply it by 13.5.

Take that number and divide by 9.3.

For someone who weighs 180 pounds, it would be about 262 fun-size candy bars.

Now, experts say you'd probably turn into a sugar-hyped zombie and throw up before reaching your deadly dose.

But is that any way to spend Halloween?