VERIFY: Has the Census really been 'plagued by delays' in hiring?

At a recent House Oversight Hearing, Democratic lawmakers had strong words for the Census process, claiming that hiring was delayed. What's the truth? 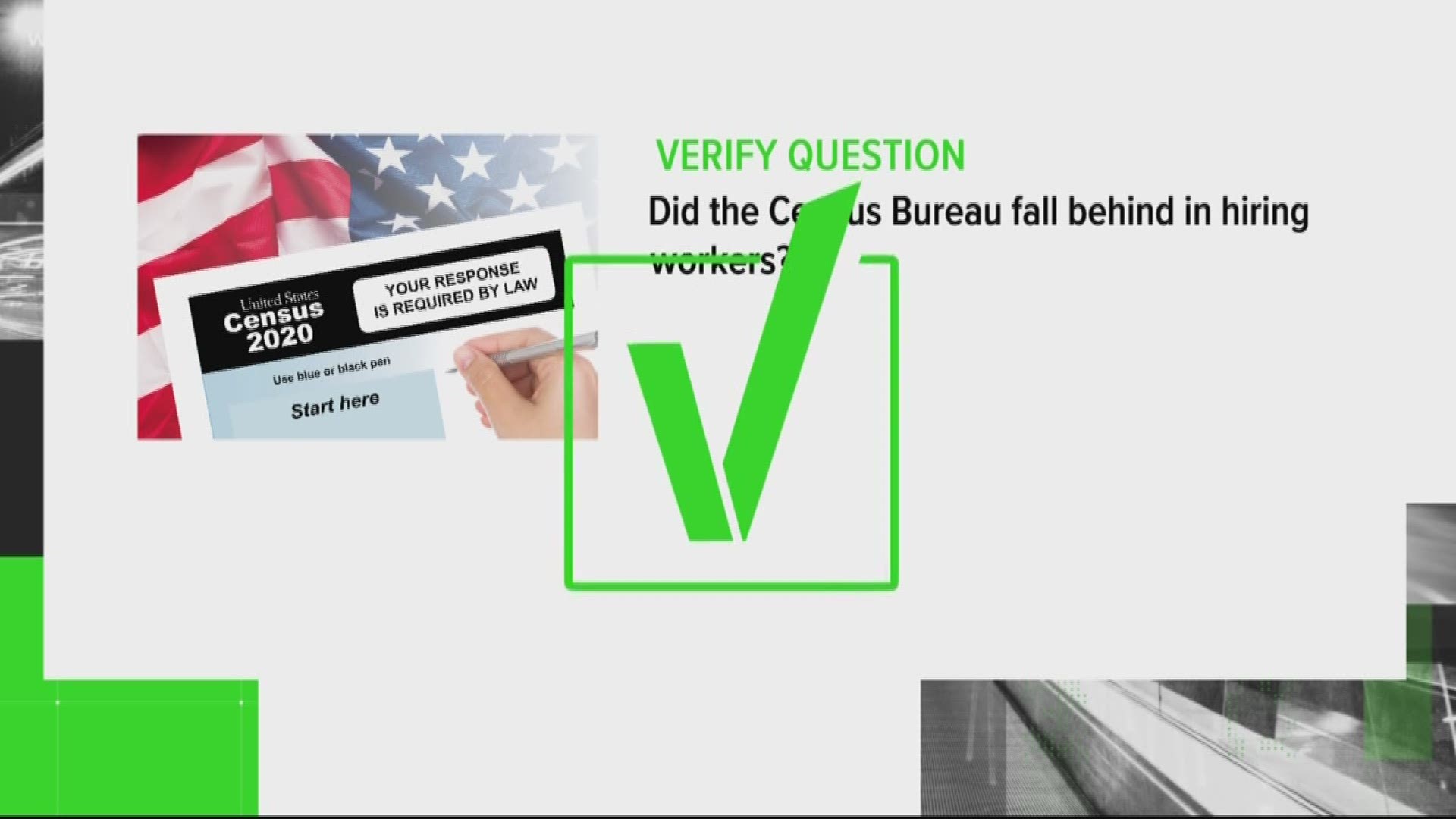 Did the Census Bureau fall behind in hiring workers?

In initial "address canvassing," the Bureau hired about 8,000 less workers than their goal initially called for. The Bureau is currently in need of roughly one million new applicants to be door-to-door canvassers, by early March.

The GAO report offered some valuable insights on how the initial "address canvassing" process was carried out. According to the report, early operations were "generally on track," although there were some significant gaps with hiring.

"Based on our observations, in some parts of the country the operation was at risk of falling behind because of a shortage of listers," the report read.

The report indicated that the Bureau needed to "fill the gap," by bringing in canvassers from other locations, sometimes even from different states.

The report also indicated that the Bureau failed to hire enough "Partnership Specialists," hiring 1,316 by Sept. 1, when they were supposed to have hired 1,501.

Credit: GAO Report - October, 2019
A list of key dates for the Census Bureau, as listed in the October GAO report

Maloney said that there's a concern that hiring gaps could translate into an under-counting, if this continues during the actual door-knocking phase.

"The immigrant communities and the communities that testified described it as a five-alarm alert that they are behind," she said.

Tim Olson, the Associate Director for Field Operations at the Census Bureau, said there was no reason for concern. He said they hired less workers, simply because less were needed.

"They actually finished the job ahead of schedule," he said. "And we actually saved a lot of money for the taxpayer."

The GAO report did indicate that these canvassers were "slightly more productive than anticipated." In fact, the Census Bureau did finish the operation by October, as was planned.

All this as the Census enters into their hiring blitz for the actual canvassers that will go door-by-door in the Spring.

Credit: Evan Koslof
Tim Olson is the Associate Director for Field Operations at the Census Bureau

In fact, Olson estimated that they are currently generating about 25,000 applicants each day.

"In an environment where very few people are unemployed," he said. "We think that's pretty good."

RELATED: VERIFY: No, the 'citizenship question' won't be on the census

RELATED: VERIFY: Yes, Census workers are address canvassing in neighborhoods. Here's how to know they're the real deal