VERIFY: Worksheet on why enslaved people came to America given to students, but there's more to the story

A new post making the rounds on social media has to do with a school worksheet. It that claims enslaved people came to America after agreeing to work for colonists for seven years. 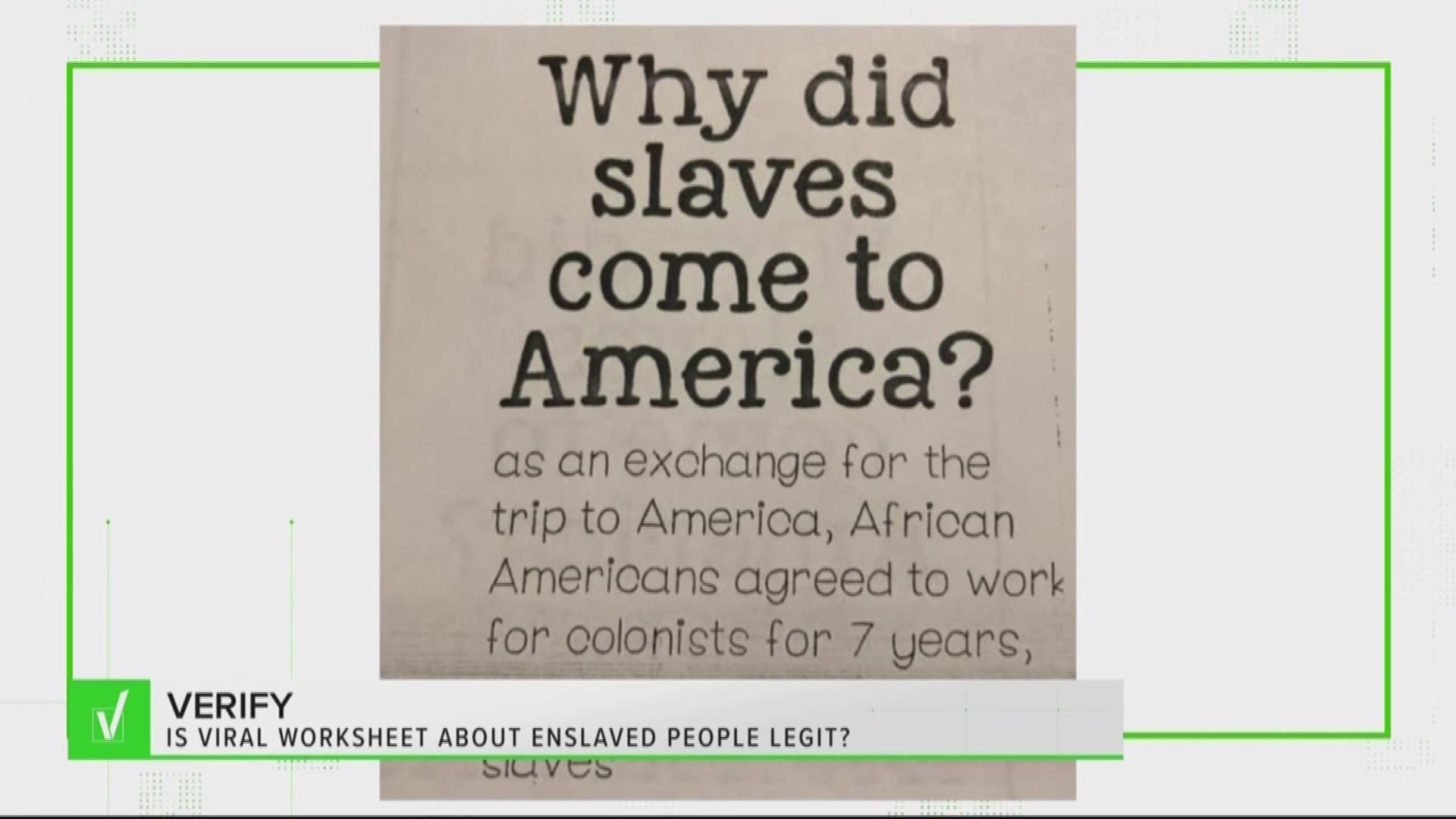 WASHINGTON — It can be hard to figure out what real versus what's fake online, that's why the Verify team is here to sort it out like this next viral post making the rounds on Facebook.

A worksheet floating around the internet explained the beginnings of slavery in the United States like this: "As exchange for a trip to America, African Americans agreed to work for Colonists for 7 years, but then they were kept as slaves."

Lots of people shocked and upset by this explanation on the worksheet but some wanted to know what's the deal with this, is it actually real? So our Verify team got answers.

Verify researchers tracked down the distributor of this school handout, The Classroom Nook who said this was part of a third and fourth grade lesson plan on indentured servitude and the African slave trade.

But, a representative said the sheet was never intended to be given to student but rather be for teacher use only, as a suggested answer key of example student responses and to serve as a guidance for teachers defining how indentured servitude contributed to slavery in America.

To avoid further confusion, they've pulled the resource from their site and it's currently being re-worked.

So we verified, this school worksheet answer about why slaves came to America was actually given to students, but not intended to be teaching material.