The protesters engaged in conversations with Trump supporters, but remained peaceful. 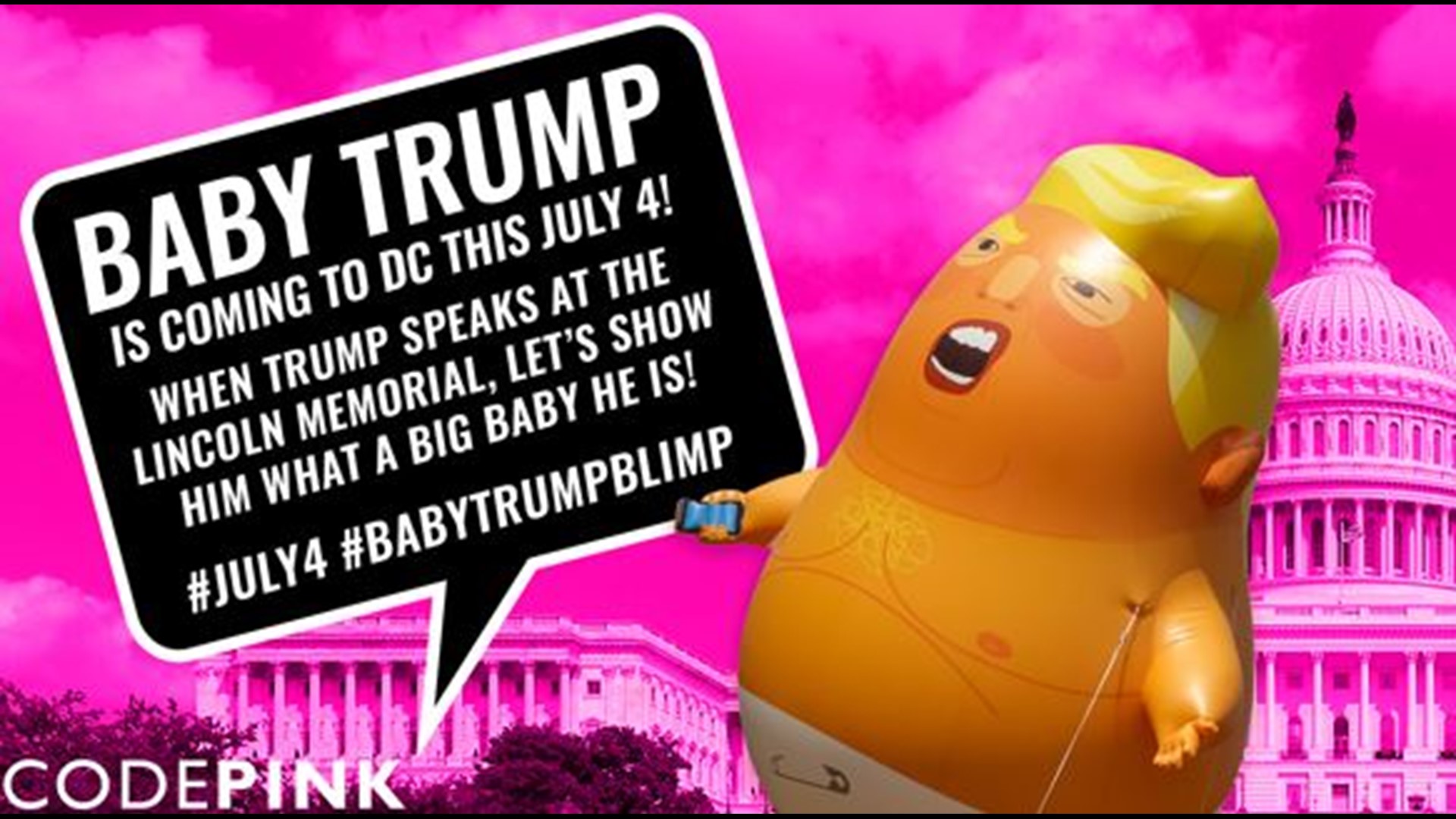 WASHINGTON — A protest organized by CodePink, a group of anti-war activists, had one message: "tanks, but no tanks."

"When you see that the president is using national days for his own ego and is really high-jacking this national holiday -- I mean, we have to push back on this," protester Ann Wright, said.

"Trump has made it about Trump," CodePink leader Medea Benjamin, said. "So we feel that that is taking a unified holiday and turning it into a partisan holiday. It divides us even further."

The protesters set up near the World War II Memorial and brought with them a statue of Trump tweeting on a toilet, handed out baby Trump balloons and installed the giant baby Trump blimp which has become a fixture at anti-Trump protests all around the world.

RELATED: Code Pink to give out mini Trump Baby balloons near National Mall on July 4 | Amazon is selling it, too

"We wanted to get helium so the blimp could be off the ground, we didn't get that. But i must say, we're very happy to be here, we're happy we did get a permit, and we're happy that there is a first amendment to our Constitution," said Benjamin.

"This is free speech day, they have as much right to be right here, right next to the balloon as we do," Wright said.

The blimp was not allowed to float off the ground, as the National Parks Service does not allow helium-filled blimps to be flown on the Mall.

And they said that's what America is all about.

"That's really the most important thing about our country, is the right to dissent," Benjamin said.

"Imagine all the money it cost to bring the tanks here," Benjamin, said.