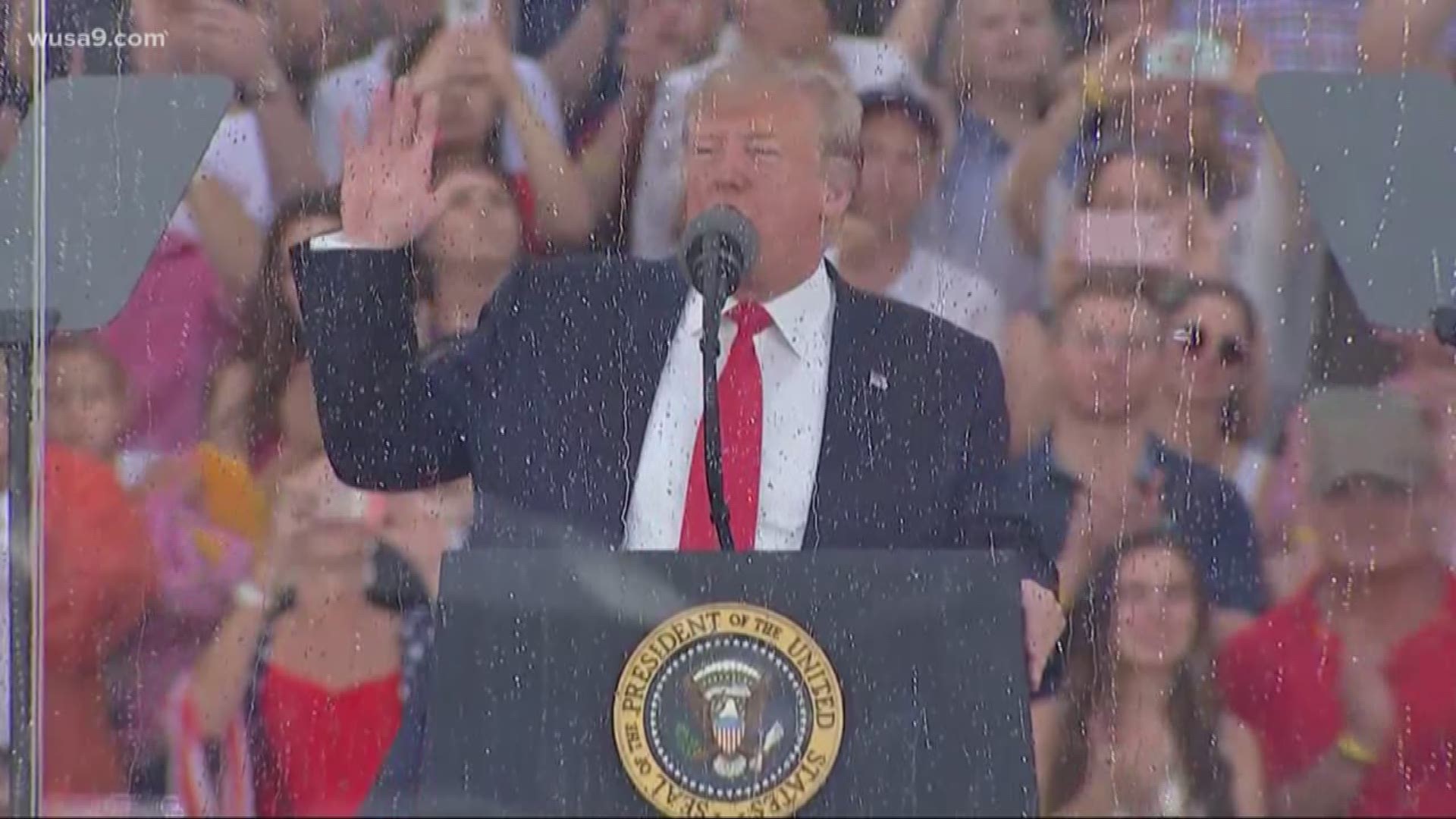 WASHINGTON — President Trump delivered his Salute to America at 6:30 p.m. near the Lincoln Memorial on Thursday. The fireworks on the National Mall are scheduled to start around 9:07 p.m.

The Fourth of July celebration on the West Front of the Capitol was previously delayed due to inclement weather.

In addition to President Trump speaking, the Salute to America also included a flyover.

Secret Service previously closed an area in front of the White House due to a fight that broke out among protesters after someone burned a flag. Two people were taken into custody.

This scene has since been cleared.

Chief Newsham with the D.C. Police Department said he hasn't seen any major problems during the celebration.

RELATED: Man struck by lightning on Fourth of July near Howard County