While this year's inauguration brought far fewer people to the district for festivities, some restaurants chose to stay open while offering special deals. 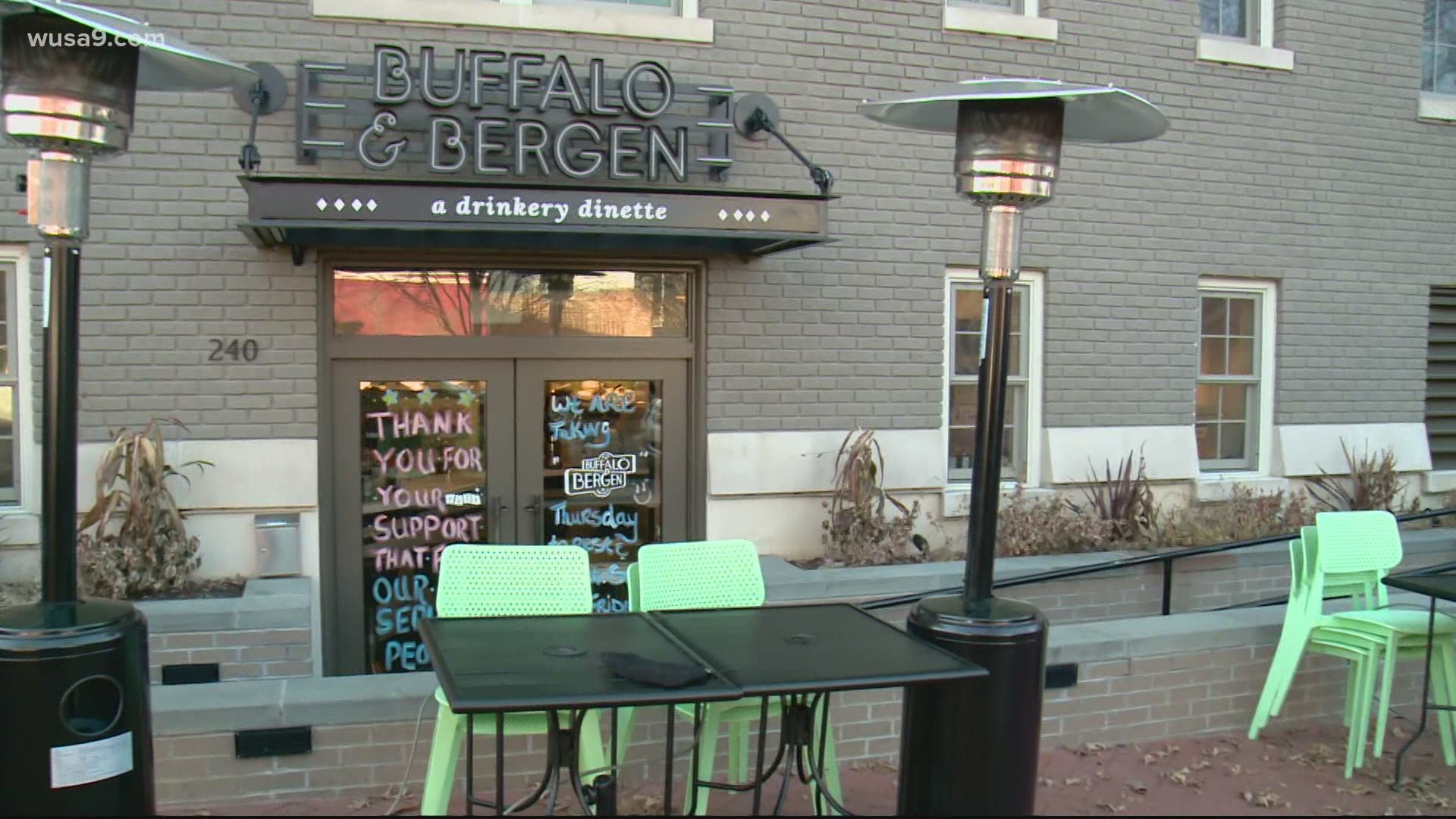 WASHINGTON — Instead of being packed with crowds for much of the morning and afternoon, Inauguration Day brought quite a different experience for local restaurants impacted by heightened security and the ongoing pandemic.

The traditional festivities, which normally bring hundreds of thousands of people to the streets of D.C. and the National Mall, were held in front of small and limited crowds on Wednesday, while much of the district nearby saw road closures and barricades being patrolled by members of the National Guard.

At Buffalo & Bergen, less than a mile from the U.S. Capitol, customers came and went throughout the day. However, Director of Operations Andrew Limberg said this year felt far different than any other.

"The inaugurations I remember, they were huge parties," Limberg said. "Even if you didn’t always 100% support the candidate who won, there was always a celebratory thing going on around town and everybody was drinking, eating. Because of the events at the Capitol two weeks ago, you have a combination of a lot of people out of town. You have a lot of roads blocked especially where we are on Capitol Hill. On top of that, it’s people wanting to be careful because we’re in the midst of a pandemic.” 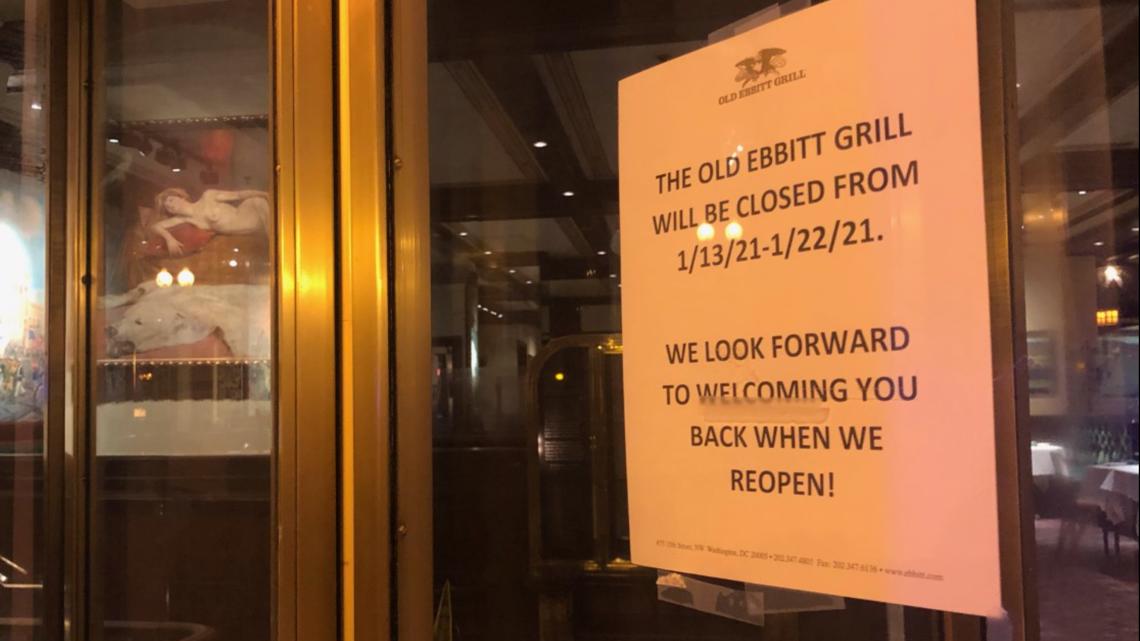 Street closures, security concerns bring big losses for DC shops before Inauguration Day
With streets closed down and thousands of National Guard troops in the district, downtown businesses are seeing big losses ahead of the inauguration. WASHINGTON D.C., DC - With streets shut down and thousands of National Guard troops patrolling the district, businesses located downtown are being met with even more challenges during a time that normally brings a spike in activity.

Closer to the White House, Founding Farmers saw similar crowds on Wednesday. As a way to draw in customers, the restaurant offered a special drink deal in honor of the 46th president: three bottled cocktails for $4.60.

Even so, manager John Reidy told WUSA 9 that it felt strange not seeing the streets packed with people on Inauguration Day.

"The last time, because of our location, we got tons of tourists in," Reidy said. "Last inauguration was absolutely packed here. This year, it is a stark difference for sure.”

Reidy said the lunch crowd provided a steady stream of business, but he knew the restaurant was going to face an uphill battle on Wednesday due to its proximity to security checkpoints.

"It’s a lot of street closures and it’s hard for everybody today," he said.

While the lack of crowds made for a slower Inauguration Day than normal, restaurants continued to give back to the men and women on the front lines.

Bags of bagels sat inside Buffalo & Bergen during the afternoon, waiting to be received by members of the National Guard, Metropolitan Police Department, and US Capitol Police.

CHECK IT OUT:@buffalobergendc has been providing free meals to @USNationalGuard, @DCPoliceDept, and @CapitolPolice protecting #DC during #inauguration

This is a look at how long the tab has been running recently. Paid for by customer donations. @wusa9 pic.twitter.com/18R846GbqG

The restaurant is one of over 30 that recently teamed up together to provide free meals to those protecting DC.

"It’s been really cool to help take care as best we can or do something kind for these people," said Limberg.

Moving forward, local restaurants said while Inauguration Day continued the challenges facing the food industry, it was important for them to be open for such a historic day in the country.

"It’s a show of solidarity to stay open during all of this," Reidy said. "I think it’s awesome that we’re open. We’re still doing our best to serve our guests."

"We had a unanimous decision to work and we want to be a part of it," Limberg added. "For us, it made the most sense to stay open not just for the financial reasons but also for the spirit of the restaurant industry and D.C.”

RELATED: 'They deserve to have a hot meal' | 30+ DC restaurants team up to feed troops protecting US Capitol