With streets closed down and thousands of National Guard troops in the district, downtown businesses are seeing big losses ahead of the inauguration. 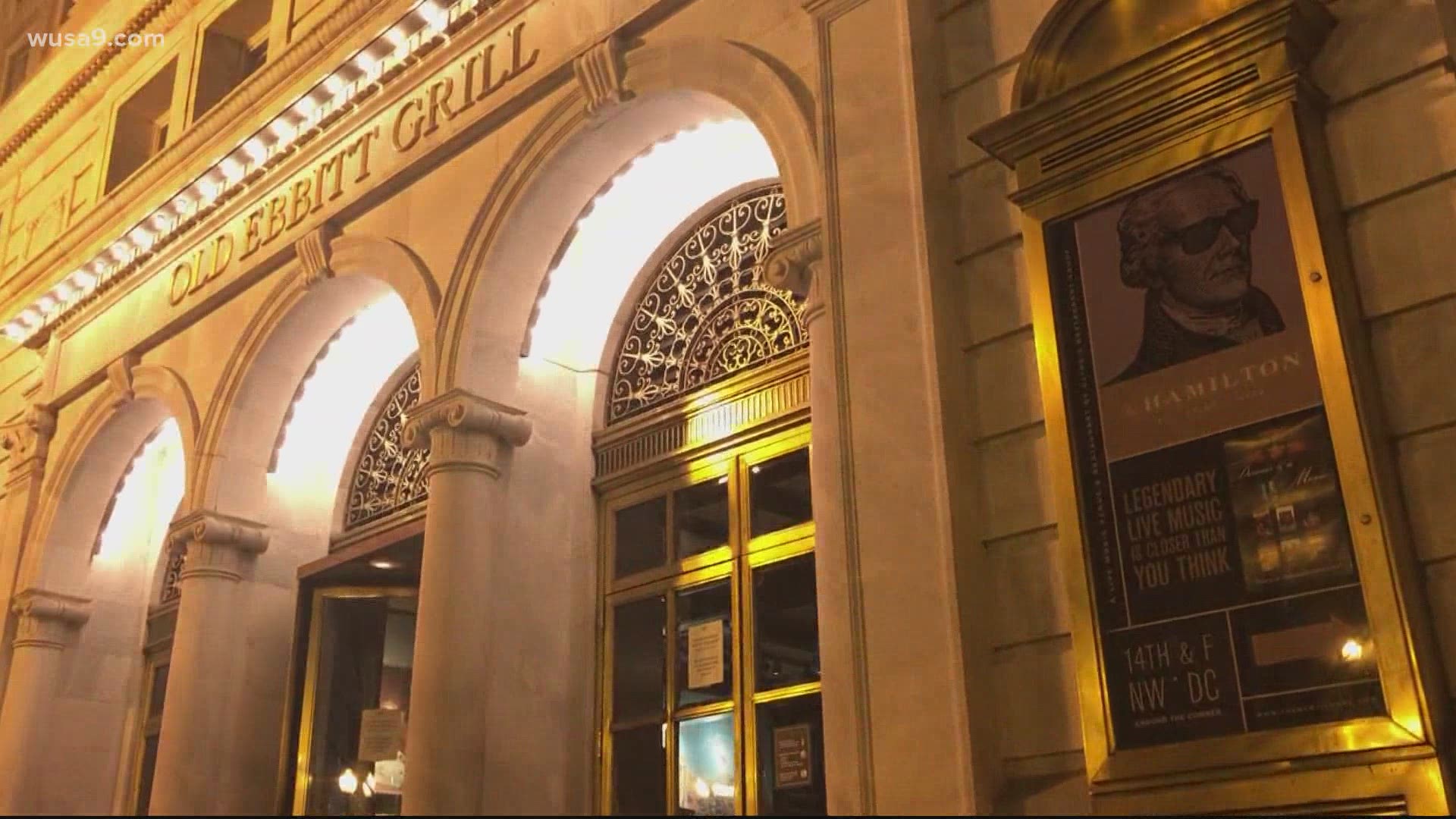 WASHINGTON D.C., DC — With streets shut down and thousands of National Guard troops patrolling the district, businesses located downtown are being met with even more challenges during a time that normally brings a spike in activity.

During a typical inauguration week, Old Ebbitt Grill near the White House welcomes crowds of dignitaries, recent appointments, and others celebrating the occasion.

However, on Thursday evening, it remained eerily quiet outside the restaurant on 15th Street Northwest. Police officers walked the streets, joined by few others. Some businesses had boarded up windows, others had a staff member or two trying to find ways to pass the time.

Blocks away, long lines of cars sat in traffic due to numerous roads being closed near the White House and National Mall.

With Old Ebbitt and the nearby Hamilton restaurant seeing virtually no business, Area Director of Operations David Moran said management made the decision to close the two spots through inauguration next Wednesday.

Due to street closures and security concerns, mgr @thehamiltondc & @oldebbitt said both locations will be CLOSED through #InaugurationDay2021. Hamilton closing tonight.

"There is no business. We’re putting our people in a stressful situation simply trying to get to work.” @wusa9 pic.twitter.com/xZJrF8ejfD

"There is no business. We’re putting our people in a stressful situation simply trying to get to work," he said on Thursday. "Every time you turn on the news, they put up that big red box of what you’re not getting in. That’s where these two big beautiful restaurants happen to be located.”

In total, Moran estimated the two restaurants generate around $1 million during an inauguration week in the district. Following months of hardship due to the pandemic, he said the loss would bring even more hurt.

With around 500 employees, Moran worried about the impact of the closures on the men and women who keep the restaurants running.

"That million dollars is not coming back," Moran said. "This was their bonus time they’d make big money.”

To help with the situation, Moran said management members of the two eateries were being sent to other restaurants owned by the same group in Maryland and Virginia.

The stories behind the Hamilton and Old Ebbitt represent some of the many challenges facing downtown businesses over the next few days.

While inauguration week often brings crowds of people inside stores and restaurants, the DowntownDC Business Improvement District told WUSA 9 that the street closures and security concerns were too great for many places to stay open.

"We know there’s going to be somewhat of a severe impact on our businesses downtown," President and Executive Director Neil Albert said. "We were hoping to get a three to four day bump because of the inauguration. That’s not going to happen.”

Before the pandemic spread to D.C., Albert estimated that downtown businesses helped generate around $2.5 million a day in fiscal impact combined. Despite the slide during the spread of coronavirus, he said businesses were hoping for a jump during the festivities this year.

"Inauguration week means hotels are oversubscribed, restaurants have long waiting periods," he said. "The anticipated inaugural bump is just not going to happen.”

With the weeks and months ahead continuing to bring uncertainty, Albert hoped the occasion being celebrated on Wednesday could be the start of progress for businesses.

"Hopefully, these four years will give us an opportunity and a time to actually heal and come together as a nation," he said.

"The right thing to do is close up, be safe, and pray for no violence," he said.

RELATED: Inauguration Day 2021: What we know about the plans so far