Electors are typically politicians or celebrities, but the ladies representing DC are everyday citizens and essential workers 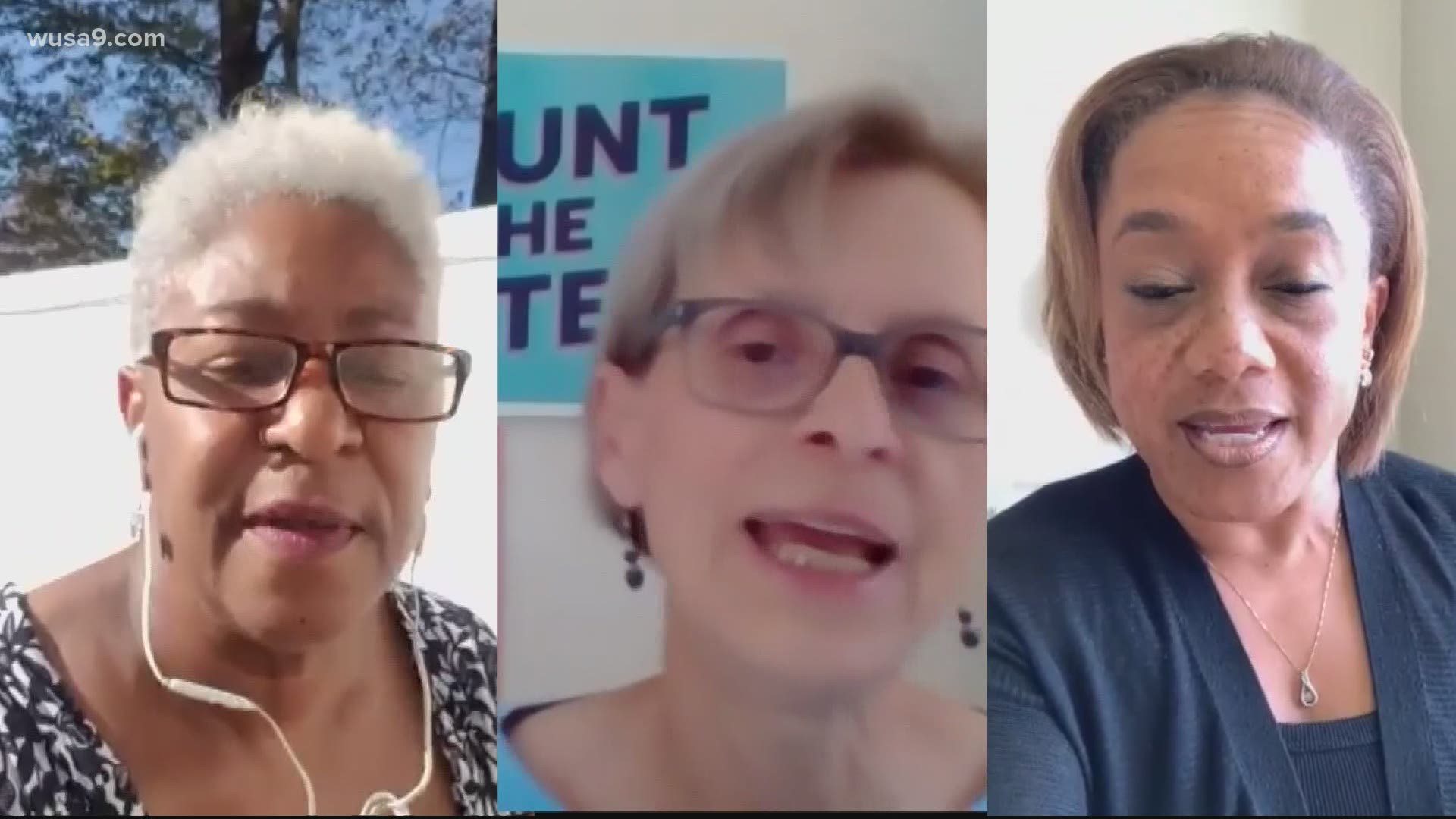 WASHINGTON — While votes are still being counted in the 2020 presidential election, the deciding factor on who will be the next head of state will be determined by the electoral college.

The people who cast ballots in the electoral college are called electors which are selected by political parties on the state level.

They are usually politicians, celebrities, or other dignitaries.

A candidate needs 270 votes from the electoral college to will the presidential election.

“Here in the District of Columbia we are allotted three of those votes,” Charles Wilson, chair of the D.C. Democratic Party, said. “This year we wanted to do something a little different.”

Democrats in the District chose everyday citizens who are all women to be electors.

“This year is the 100th anniversary of women having the right to vote in this country,” Wilson reminded. “Wouldn’t it be great if all our electors were women?

Two of the women chosen are essential workers on the front lines of the coronavirus pandemic.

Jacqueline Echavarria is a native Washingtonian and grandmother who works at a grocery store.

Meedie Bardonille is a Howard University graduate and member of Delta Sigma Theta Sorority who works as a nursing director and serves as the chair of the Washington, D.C. Board of Nursing.

“I didn’t have the luxury to quarantine and stay at home. I came to work every single day for 14 weeks straight to check in on my team,” Bardonille said.

Barbara Helmick has fought for several social and environmental issues and currently works as the programs director at D.C. Vote.

“Now I work to make D.C. become a state,” she explained.

All three woman are hoping to see changes in education, healthcare, and equality during the next presidential term.

“Things like that are very important to me because these children that are coming – they’re going to be the ones who have to make the decisions for me as a senior citizen coming up,” Echavarria said.

The future is a big reason why this opportunity to cast a ballot in the electoral college means a lot to these women but also because of the shoulders each of them stand on of those who came before them.

“Women generally have to work twice as hard to be taken half as seriously. So, this is really an important, wonderful step that the party took,” Helmick said.

“I am going to walk in there with a huge smile, with my chest up -- my head up knowing that I am getting into good trouble. I am participating in a system that initially was designed not for me particularly as a woman and definitely not for me as an African American,” Bardonille said.

The three ladies will cast their ballots for D.C. in the electoral college during a ceremony at the Wilson Building on December 14th.

RELATED: VERIFY: Who are presidential electors? Can faithless electors determine the outcome of the presidency?