On transportation, the governor said privatization and tolling will be needed to bring his $9 billion dollar proposal to expand I-270 and the Capital Beltway to reality. 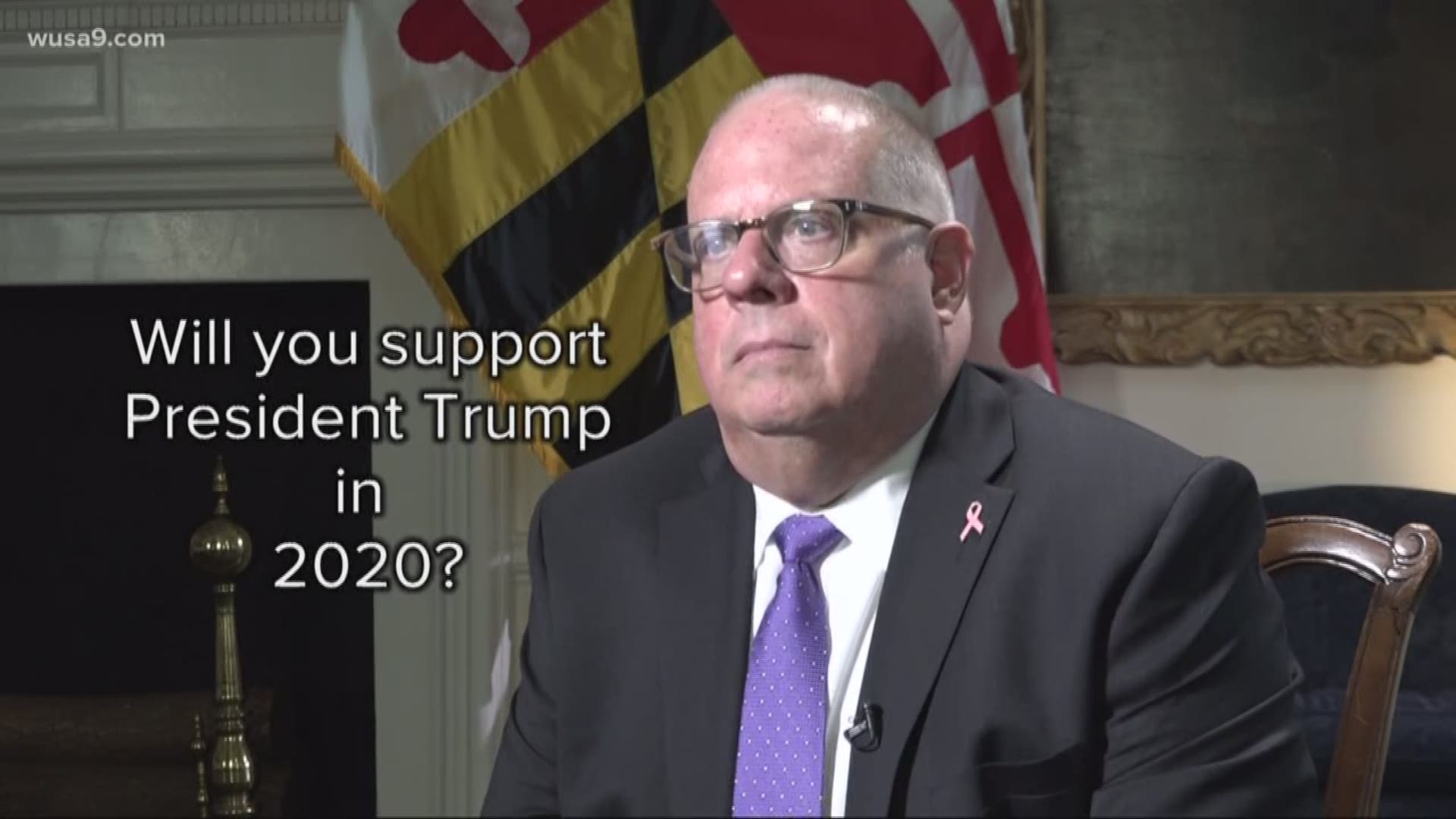 ANNAPOLIS, Md. -- Maryland's Republican Governor Larry Hogan is maintaining his distance from President Donald Trump as he enters the final 11 days in his bid for re-election in the heavily Democratic state.

"I've come out strongly and said when I disagreed with the President, which has been on a number of topics," Hogan said.

Even so, Hogan said he's not ready to take a position on whether he will support President Trump in 2020.

In a wide ranging interview with WUSA9, Hogan said should he win a second term he will be unlikely to support large funding increases for education without measures to hold local jurisdictions more accountable for results and management.

On the environment, Hogan defended his opposition to a mandatory statewide property tax to pay for more stormwater management and flood control projects but said he remains proud of his environmental accomplishments.

On transportation, the governor said privatization and tolling will be needed to bring his $9 billion dollar proposal to expand I-270 and the Capital Beltway to reality.

On gun policy, Hogan said he will continue to support "common-sense measures" to keep guns away from people with mental health and criminal issues. He noted his support of Maryland's new "Red Flag Law" which allows authorities to seize guns while courts determine whether an individual may be a threat. Hogan said he would oppose stricter licensing of broader classes of firearms which has been proposed by his opponent Ben Jealous.

"I can't figure out why they can't get this done in Washington," Hogan said of the gun legislation passed on his watch. "I'm a strong supporter of the Second Amendment. I believe that people have the right to keep and bear arms. But I want to keep guns out of the hands of the mentally ill and people with criminal backgrounds and that's what these pieces of legislation are doing."