D.C. Mayor Muriel Bowser spoke on night one of the Democratic National Convention on why she created Black Lives Matter Plaza and backs the Biden/Harris ticket. 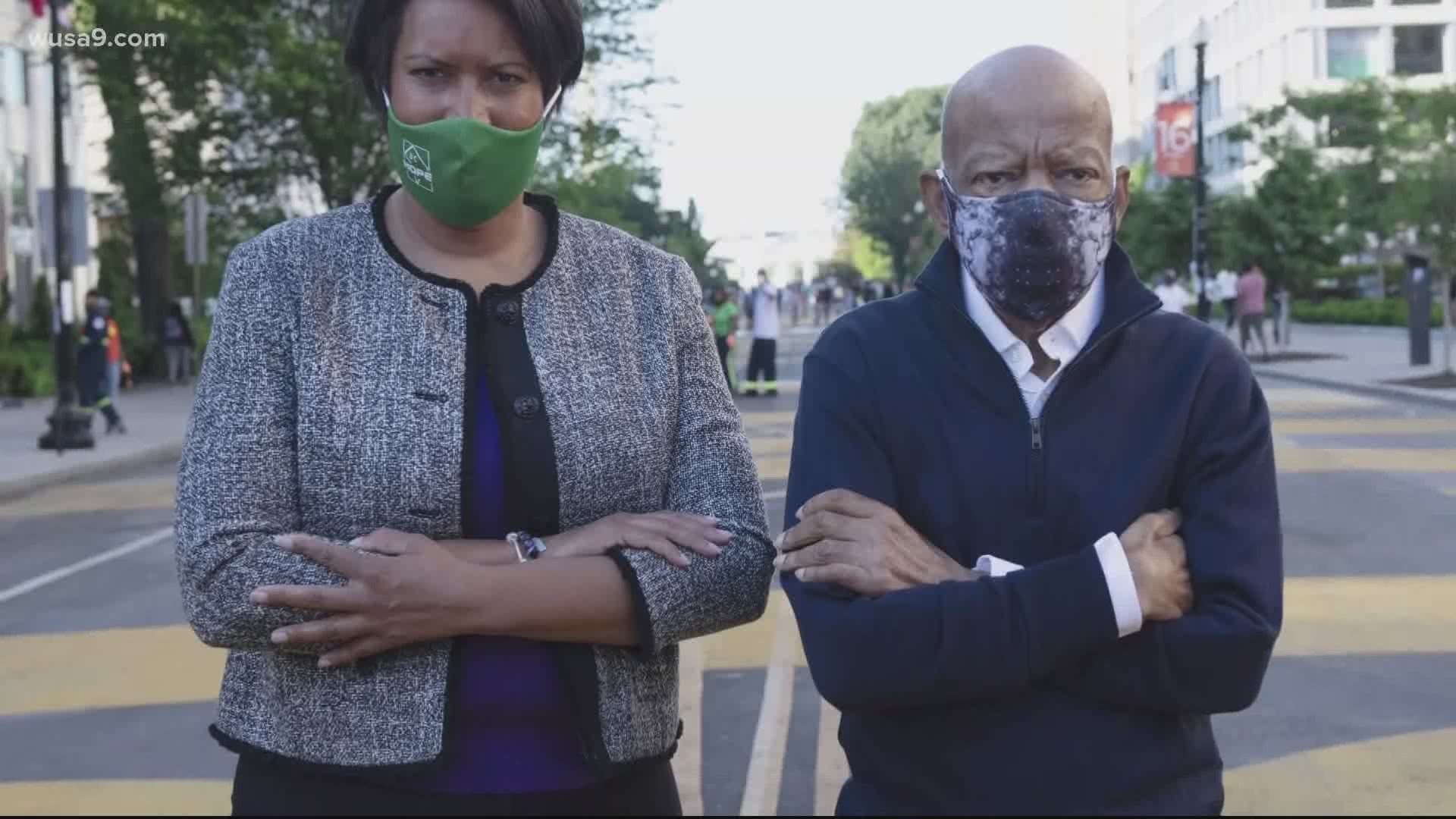 As actress Eva Longoria introduced Bowser, she highlighted three crises the nation faces that speakers would address: the pandemic, an economic downturn and an ongoing systemic racial injustice.

"We're not just going to focus on what's wrong, we're going to talk about how to make it right," Longoria said. "When peaceful protesters were tear-gassed across from the White House, our next speaker stood up, stood strong and turned that place into the Black Lives Matter Plaza in their honor."

Bowser addressed the DNC with the bright yellow "Black Lives Matter" mural that she commissioned to be painted across several blocks of 16th Street, right outside the White House, serving as her background. The mayor opened her two-minute speech with a reflection on how moments defining the District can shape the fate of the nation, calling the story of our nation's capital "a story of reckoning."

But she quickly turned to a vision of the country she hopes to avoid: troops and teargas, meeting protesters in the wake of a racial reckoning. And then, a warning about the president.

"While we were peacefully protesting, Donald Trump was plotting," she said. "He stood in front of one of our most treasured houses of worship and held the Bible for a photo op. He sent troops in camouflage into our streets. He sent tear gas into the air and federal helicopters, too. I knew if he did this to D.C., he would do it to your city or your town. And that's when I said enough."

Bowser called Black Lives Matter Plaza a place where all of America could come together to say "enough." She noted that her dedication of the Plaza was for "every Black and brown American who has experienced injustice ... every American who believed in justice," but also highlighted her own personal reasons for needing a place to say "enough."

The mayor called on Americans to start thinking about the next steps the country takes to dismantle racism, and why she would be throwing her support behind the Biden/Harris campaign.

"By coming together this November to elect Joe Biden and Kamala Harris, we will say next," Bowser said. "Because we can't just paint those words behind me. We can't just say those words, we have to live those words."

She called on Americans to undo laws rooted in racism, and urged everyone listening to challenge their own biases.

"If we see something, do something," Bowser said. "Together, we can turn this reckoning into a reimagining of a nation where 'we the people' means all the people."

Bowser closed out her address by introducing members of George Floyd's family, who led the convention in a moment of silence to honor those who died because of racial injustice.

Not everyone was pleased by the mayors remarks, however. Black Lives Matter DC called Bowser a hypocrite on Twitter Tuesday morning, saying, "You or your paint don't keep us safe."

Black Lives Matter DC has been critical of Bowser since the mural was painted. They called it a media stunt back in June.

"I could care less about a mural because she [ Mayor Muriel Bowser] doesn't care about black lives," said April Goggans emphatically. "This is totally performative....she has fought against us."

Black Lives Matter DC says if Mayor Bowser wants to help black people she should defund the police department among other demands.