Black Lives Matter DC says if Mayor Bowser wants to help black people she should defund the police department among other demands. 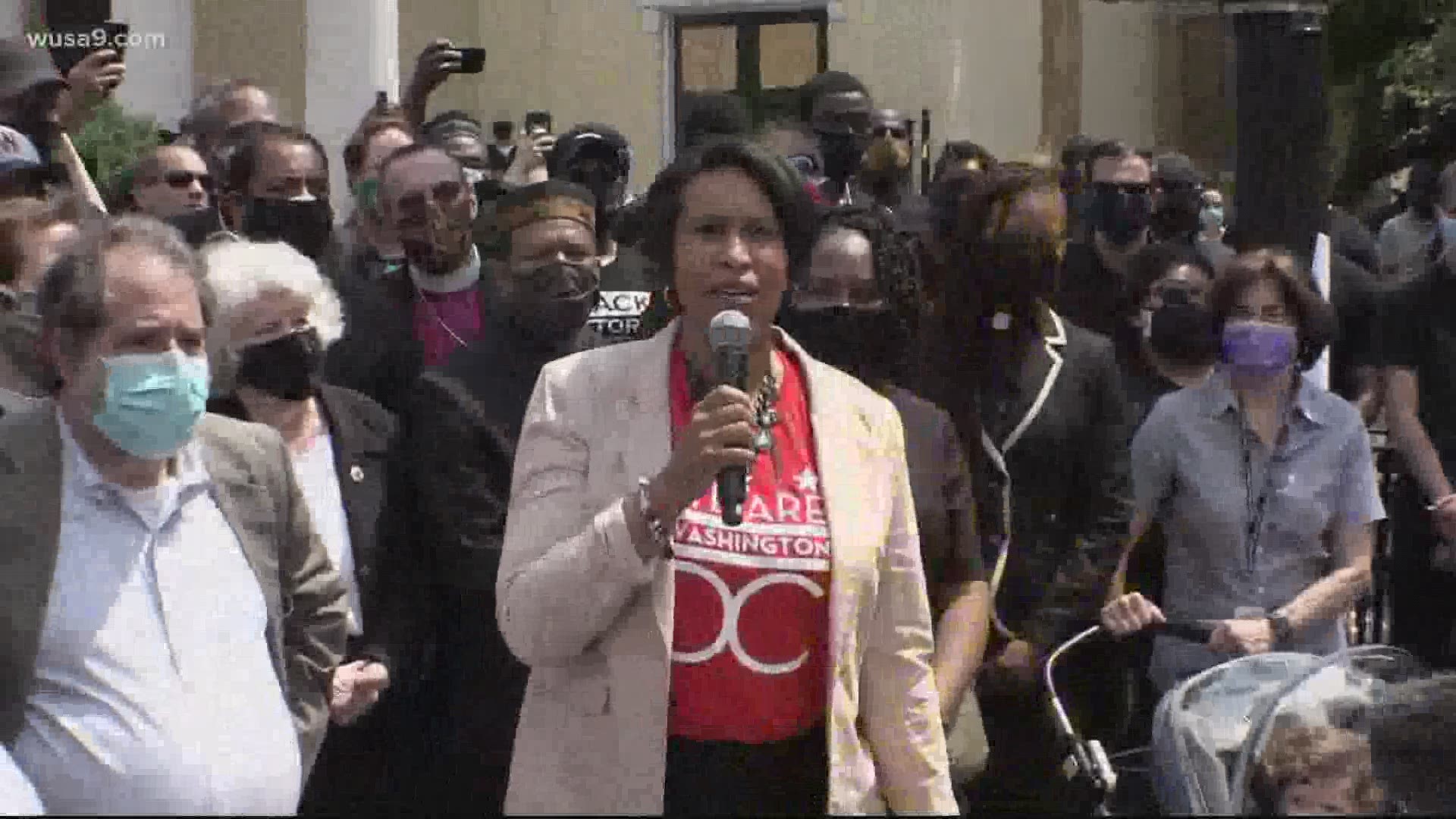 WASHINGTON — In bold yellow letters, 'Black Lives Matter' is now etched onto the road that leads to the White House.

The mural is meant to send a clear message to the White House and the world about the value of Black lives after the death of George Floyd.

"I could care less about a mural because she [ Mayor Muriel Bowser] doesn't care about black lives," said April Goggans emphatically. "This is totally performative....she has fought against us."

"If Black Lives Matter, she would do things that would you affect Black lives," Goggans said. "The fact the MPD biggest contract is in schools says a lot. She wants to over police black bodies."

WUSA9 Chief investigator reporter Eric Flack and the Special Assignment Unit found 8 out of 10 people who were listed as beginning to stop and frisked by D.C police were black.

African Americans make up less than 50% of the city's population, according to data from the census.

"Black Lives Matter is very critical of police," Bowser said in a news conference early Friday afternoon. "They are critical of me. But that doesn't mean that I don't see them and support the things that will make our community safe."

RELATED: These businesses will open their restrooms to protesters on Saturday