The youngest brother retired from the Navy on Saturday after serving for 28 years. 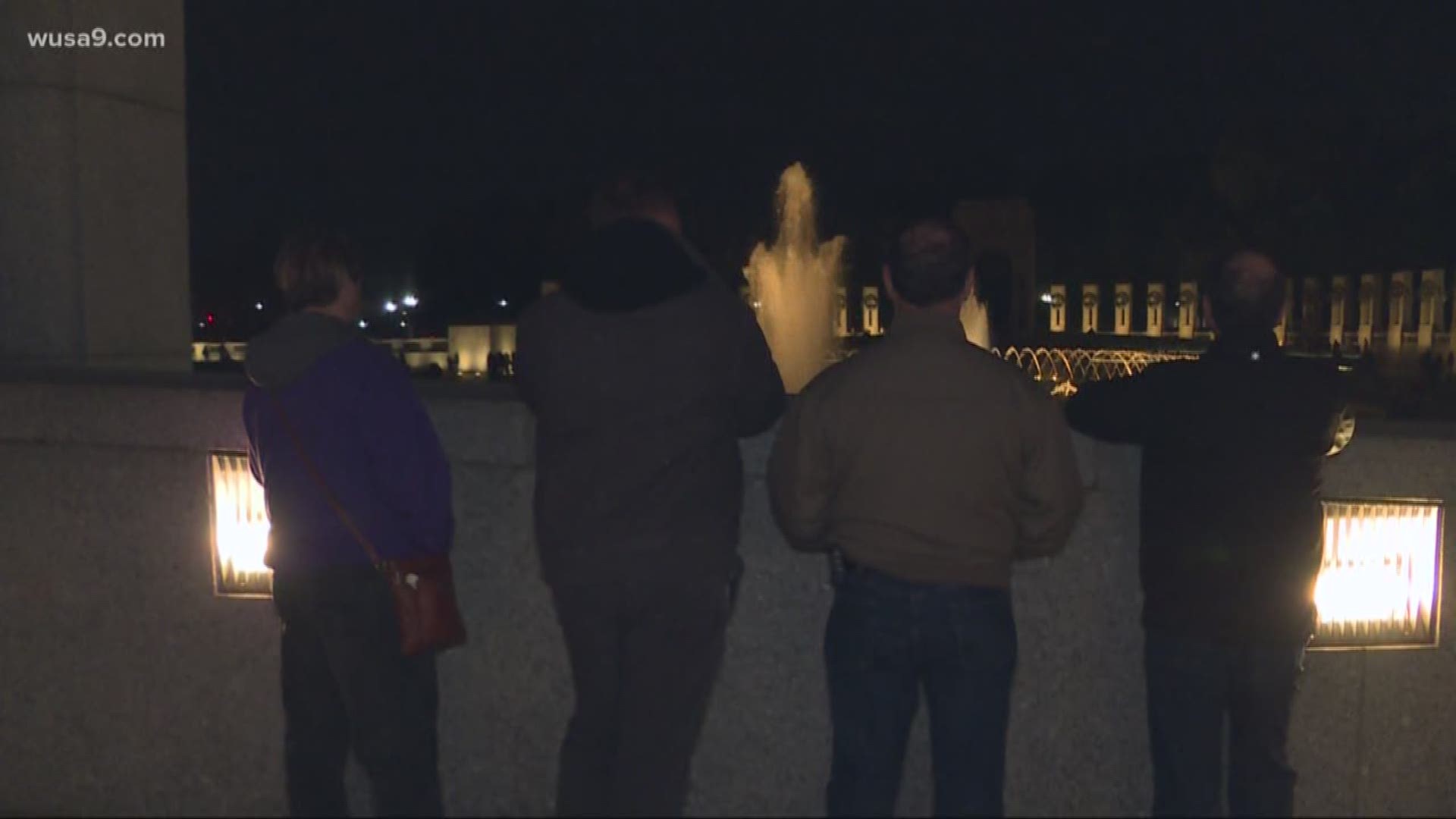 WASHINGTON — Those who pay a visit to the solemn World War II Memorial will come across inscriptions, excerpts of speeches from leaders honoring those who laid down their lives for this country.

One from President Harry Truman reads, "Our debt to the heroic men and valiant women in the service of our country can never be repaid. They have earned our undying gratitude."

All of them served in the Navy, with a total of 54 years served between them. They said they feel that same gratitude for having the chance to give back to their country.

“It’s very humbling and sobering to actually be a veteran," said Christopher Lynn, the oldest of the four. "To know that I was able to be part of this great nation.”

He paved the path to service for his siblings in 1980, when he and his twin brother joined the Navy.

The youngest, Michael Walters, just retired Saturday after 28 years. His family flew into Norfolk for the ceremony.

“It was such a great honor to be among the men and women of the nation doing God’s business to take our freedom to other places and protect it here at home," Michael said.

This Veterans Day will take on new meaning.

“It’s going to be a different change in mentality," he said. "It’s something that I’m not quite fully seated into.”

The first place he wanted to visit after retirement was D.C., where one of his older brothers had never been.

“Feeling emotions that I haven’t felt in a while and sharing with my brothers, that’s probably the biggest thing I get to share this with family," said sister and veteran, Shawna Walters.

Shawna joined the service a few years before Michael.

“Being a veteran for me is just living with everything that happened, everything that’s happened in the world, serving our country, and quite possibly dying for our country," her older brother and one of the twins, James Lynn, said. "It really makes you think.”

They did a lot of thinking gazing at the memorial dedicated to honoring those who couldn't stand with them today.

“Part of it’s overpowering, because you think they didn’t get to come home," she said. "And, a lot of us did.”