YouTuber charged in Capitol riot says Trump should pay his legal fees: 'This all happened because of you'

Zvonimir Jurlina and Gabriel Brown, both of New York, were charged this week with destroying media equipment during the Capitol riot. 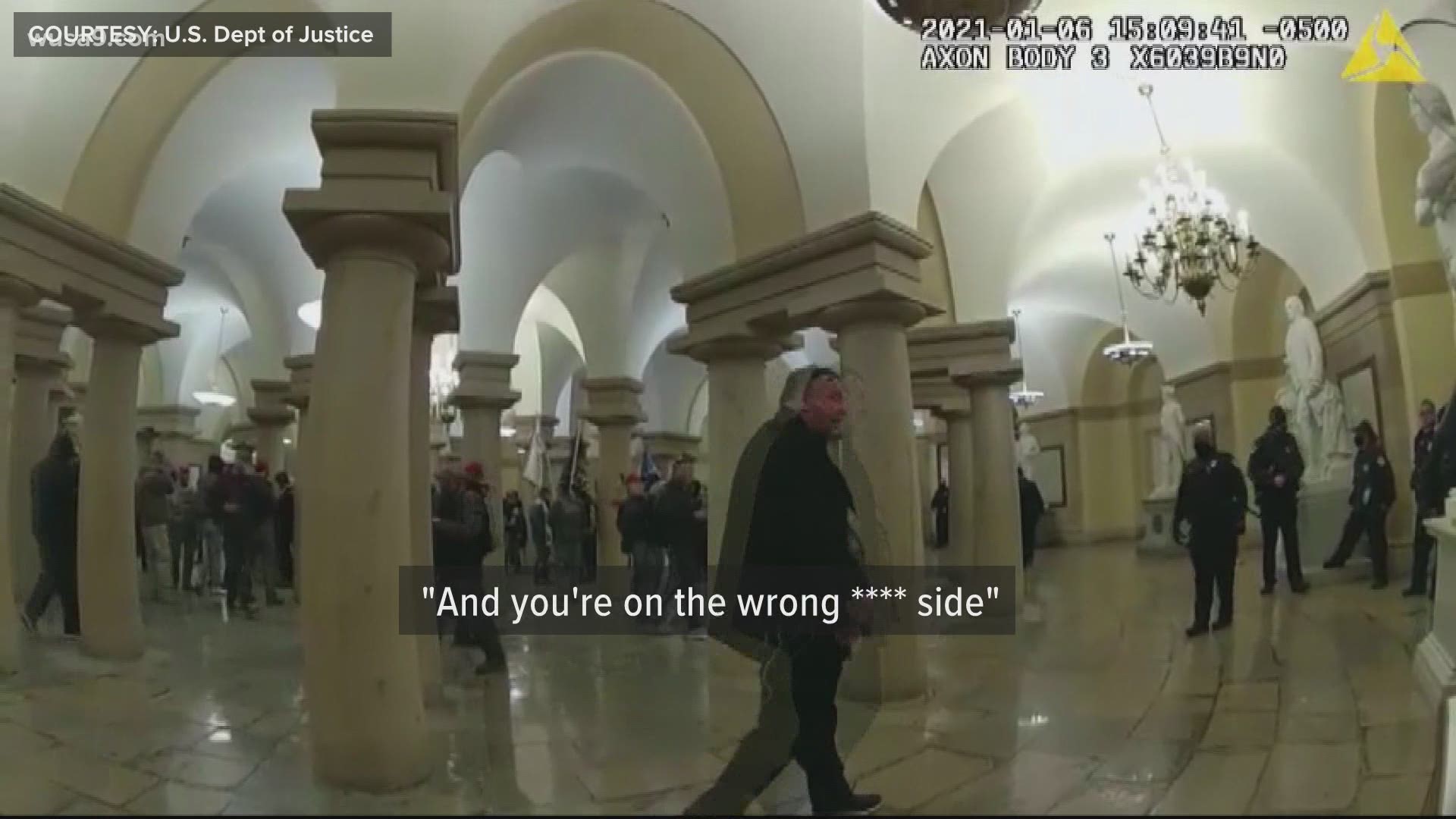 WASHINGTON — Two New York men were charged separately this week with destroying cameras and other equipment left by members of the media forced to flee from the Capitol grounds by a pro-Trump mob on January 6.

Zvonimir Jurlina, of Farmington, New York, and Gabriel Brown, of Bayville, New York, are charged with destruction of property in a special jurisdiction and committing an act of physical violence on Capitol grounds. Brown is also charged with entering a restricted area without lawful authority.

According to court documents filed Monday, Jurlina allegedly posted multiple videos to his “Zykotik” YouTube page appearing to show him participating in the Capitol riot. Investigators say those videos showed Jurlina kicking and trying to set cameras and other equipment on fire. The equipment had been left by members of the media, several of which were assaulted by members of the pro-Trump mob. At least one other defendant, Shane Woods, has been charged with assaulting a photographer.

In the videos, investigators say Jurlina can also be heard talking about stealing some of the equipment, which, they say, he did – ultimately taking a microphone as a “souvenir.”

“Yo, I guess we should loot now, right?” Jurlina allegedly can be heard saying. “This is pretty expensive equipment. I’m thinking making I should just grab it up and then go to a pawn shop.”

#CapitolRiot: The DOJ has charged Zvonimir Jurlina, of Bethpage, New York, w/ destruction of property and committing an act of physical violence on Capitol grounds. He's accused of stomping on, stealing and trying to burn equipment left by fleeing media. @wusa9 @EricFlackTV pic.twitter.com/bEQG6ppbJF

According to charging documents, at another point in the video, Jurlina can be heard saying he tried to light the media equipment on fire.

In a video that’s since been removed from his YouTube page, Zurlina describes himself as a patriot, and calls on former President Donald Trump to pay for his defense.

“I am a real American patriot,” Jurlina says. “But I would like to say, Donald Trump, please pay for my legal fees, because this all happened because of you.”

In a separate filing, Brown is similarly accused of trying to smash cameras and other equipment on the Capitol grounds. He’s also accused of entering a restricted area of the grounds with a bullhorn, which, investigators say, he used to yell apparent threats toward the Capitol.

“You stole the Senate from us, you stole the House from us, and now you think you’re going to steal the presidency from us?” Brown allegedly yelled. “Let me tell you something – you want to take peaceful revolution away from us? Well, you better prepare for [expletive] violent revolution.”

Investigators say Brown can also be seen signing his name and the word “Freedom!!” on a banner in a later video from January 6. In the video, the FBI says Brown can be heard explaining, “I’m signing my John Hancock on this, because I give my life to liberty, and I will stand by it as I always have.”

#CapitolRiot: Two new cases just unsealed. First off, Gabriel Brown, of Bayville, New York, has been charged with entering a restricted grounds, committing an act of violence on Capitol grounds and destruction of property. The FBI says he signed his name on video. @wusa9 pic.twitter.com/gfxE1pjq9x

Jurlina was taken into custody Monday in Austin, Texas. On Tuesday, a federal magistrate judge released him under supervision, with orders to turn over his passport to pretrial services and not to own firearms while he awaits trial.

Brown was arrested Wednesday morning. It was not immediately clear Wednesday afternoon whether he had yet made an initial appearance before a judge.