The Justice Department says Paul Russell Johnson, of Lanexa, Virginia, bragged about "slinging" an officer around. 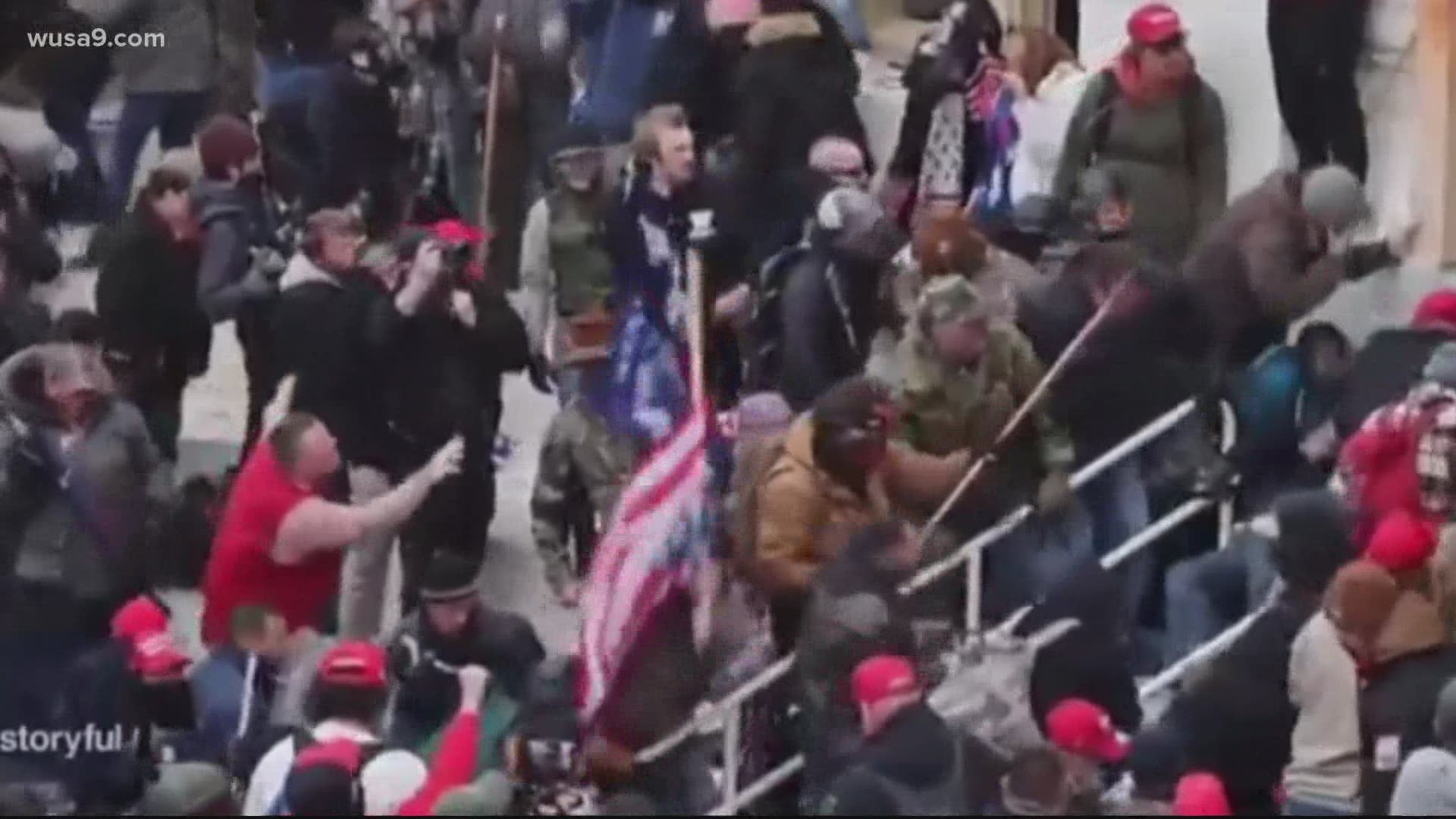 WASHINGTON — A New Kent County, Virginia, man was charged in the Capitol riot Wednesday afternoon on multiple counts, including allegations he knocked an officer unconscious.

Paul Russell Johnson, 35, of Lanexa, Virginia, was arrested and appeared in court for his initial hearing on Wednesday. He faces six counts, including inflicting bodily injury on officers, obstruction of law enforcement and engaging in physical violence in a restricted building or grounds.

According to the Justice Department, Johnson was captured on video on January 6 assaulting a U.S. Capitol Police officer. Johnson is accused of pushing and pulling on metal barricades, causing a USCP officer to fall and hit her head on the stairs before losing consciousness. The Justice Department says the officer later blacked out and collapsed while arresting a rioter and had to eb transported to the emergency room, where it was determined she suffered a concussion.

The Justice Department also says Johnson can be seen in a YouTube video describing how he personally broke through the barricades, reportedly saying, “Second wing, we breached, pulled up, start throwing [expletive]. I mean… we’re fighting cops and [expletive]. I have a video where I’m slinging one around.”

#CapitolRiot: Paul Russell Johnson, of Lanexa, Virginia, is now charged with 6 counts, including assaulting a police officer. The DOJ says Johnson bragged on a YouTube video about "slinging" an officer around during the riot. pic.twitter.com/WZNa78O8ip

Johnson is at least the second Capitol riot defendant to be charged in connection with the officer, still-unnamed, who suffered the concussion. Ryan Samsel, a Pennsylvania man, is also accused of pushing and pulling metal barricades and contributing to the officer’s fall.

Samsel has alleged abusive treatment in the D.C. Jail – which the D.C. Department of Corrections has vigorously denied.