Capitol riot inmate said he was 'savagely' beaten by officers while in custody. The DOC says it didn't happen. 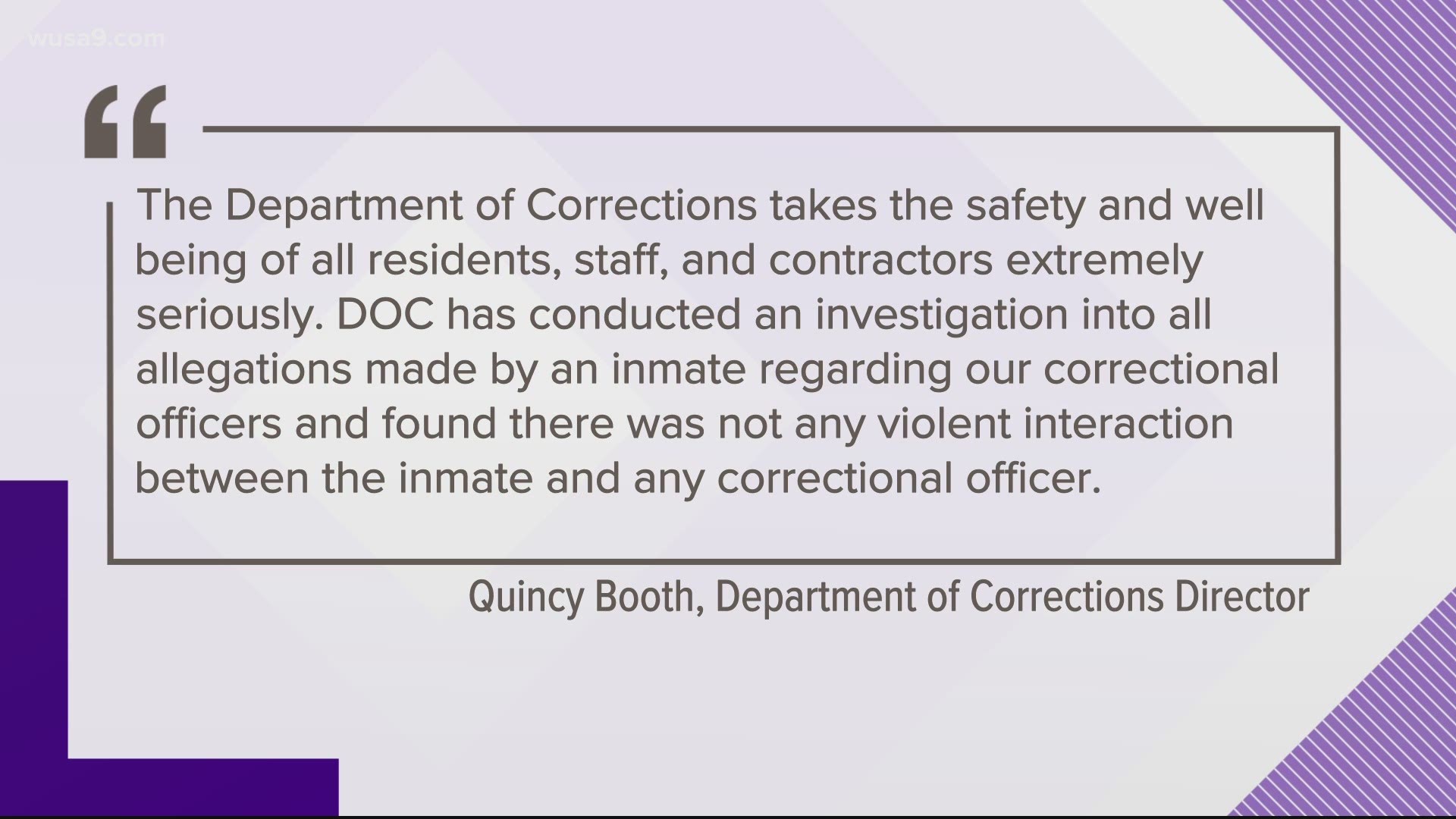 WASHINGTON — The Director of the DC Department of Corrections says allegations an inmate in its custody was “savagely” beaten while being detained on charges stemming from the riot at the US Capitol January 6 are untrue.

That investigation was done after an attorney for a Capitol riot defendant claimed her client was beaten by a guard so severely, he had to have his jaw wired shut and may lose sight in one eye because of his injuries.

Elisabeth Pasqualini is one of the lawyers representing Ryan Samsel, a Pennsylvania man accused of pushing over barriers and knocking down a police officer – causing her to suffer a concussion – during the Capitol riot.

This week, another Capitol riot defendant, Ronald Sandlin, told a federal judge during a bail hearing that Samsel was one of a number of defendants in the case who had experienced violence from D.C. correctional officers.

In an interview with WUSA9, Pasqualini said Samsel had been “viciously and savagely” beaten by a corrections officer who zip-tied his hands first. She says she was only alerted to the alleged attack when two attorneys representing other defendants contacted her and said her client had gotten “a beatdown” by a guard and was in the hospital.

“He has definitely suffered serious injuries, including a shattered orbital floor, a broken orbital bone, his jaw was broken, his nose was broken,” Pasqualini said.

According to Pasqualini, Samsel is currently unable to see out of his right eye and may permanently lose vision in it.

Even before the alleged assault, Pasqualini says her client was being held in lockdown for 23 hours a day and was having difficulty getting access to hygiene supplies and the shower. She says he has since been moved to another jail facility, where he remains under lockdown.

Pasqualini says she reported the alleged assault to jail officials, who told her they are conducting an internal investigation. She also reported it to the FBI, which, she said, told her it was investigating as well.

But in his statement, Director Booth said that investigation cleared its officer of any wrongdoing.

“The DC Department of Corrections takes the safety and well-being of all residents, staff, and contractors extremely seriously,” Booth wrote.