Officer Gunther Hashida was an 18-year veteran of the D.C. Metropolitan Police Department. He would have been 44 on Thursday. 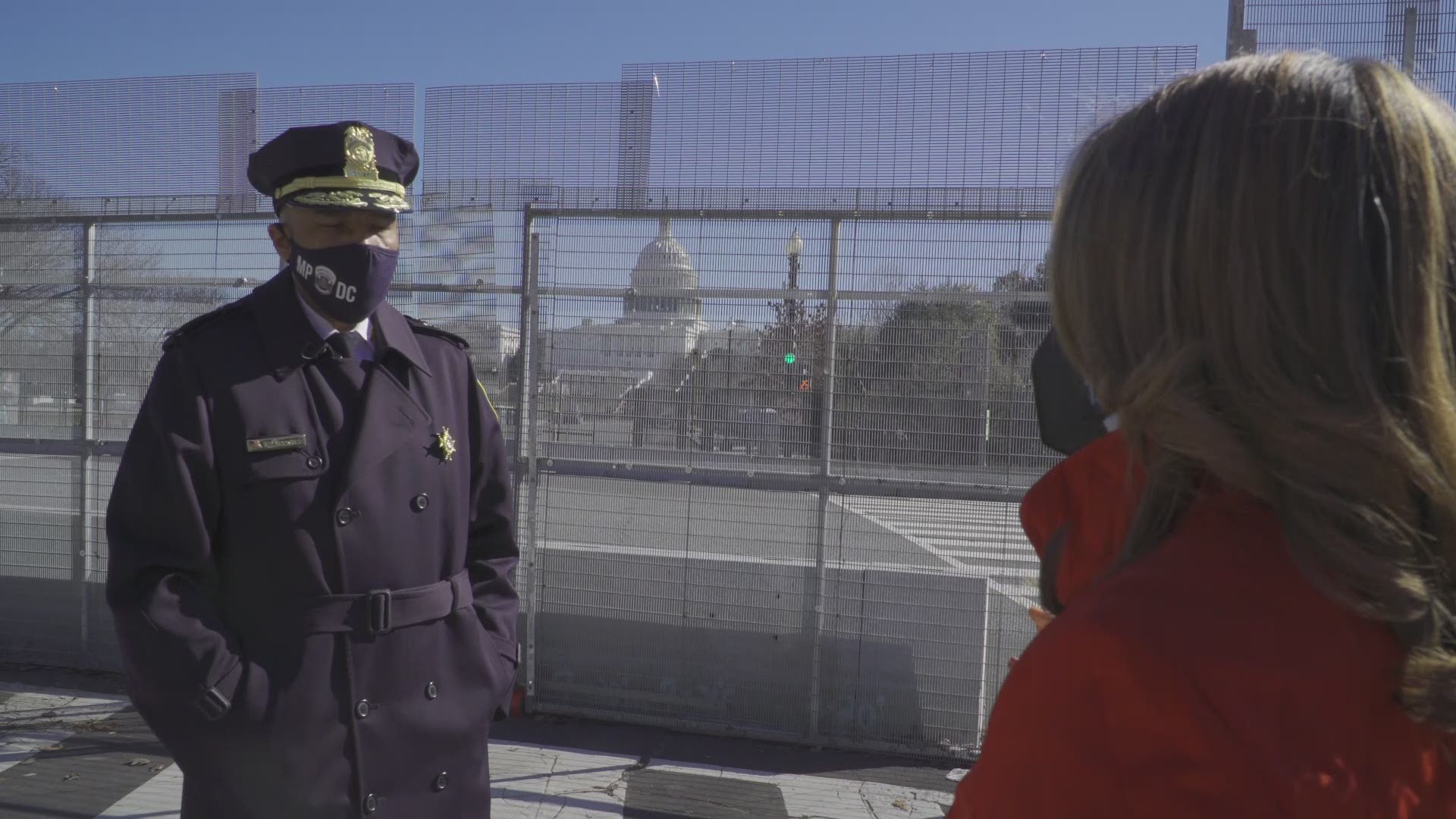 WASHINGTON — Editor's Note: Hours after confirming that Officer Gunther Hashida had died by suicide, MPD confirmed that an officer they said had passed away in mid-July had also died by suicide. In total, four law enforcement officers who responded to the Capitol insurrection have now died by suicide

A D.C. Metropolitan Police Department officer who helped defend the U.S. Capitol building took his own life last week, the department confirmed Monday – the third officer to respond to the Capitol riot to do so since January.

An MPD spokeswoman said Officer Gunther Hashida had been found dead at his residence last Thursday. Hashida, who joined the department in May 2003, was most recently assigned to the department’s Emergency Response Team. According to his obituary, posted by the Mountcastle Turch Funeral Home in Dale City, Virginia, Hashida would have turned 44 this Thursday.

“We are grieving as a department as out thoughts and prayers are with Officer Hashida’s family and friends,” the department said in a written statement.

“On behalf of the House of Representatives, I send deepest condolences to the family and loved ones of Metropolitan Police Department Officer Gunther Hashida.

“Officer Hashida was a hero, who risked his life to save our Capitol, the Congressional community and our very Democracy.  All Americans are indebted to him for his great valor and patriotism on January 6th and throughout his selfless service.

“May Officer Hashida’s life be an inspiration to all to protect our Country and Democracy.  And may it be a comfort to Officer Hashida’s family that so many mourn their loss and pray for them at this sad time.”

On January 6, hundreds of MPD officers, including Hashida, responded to the U.S. Capitol building to help defend it from thousands of supporters of former President Donald Trump, who were attempting to disrupt the certification of Electoral College votes. More than 140 officers were injured while defending the building, including at least 65 MPD officers, although it was not immediately clear if Hashida was one.

The day after the riot, Capitol Police Officer Brian Sicknick died as a result of multiple strokes suffered after defending the Capitol. Two days later, another Capitol Police officer, 51-year-old Officer Howard "Howie" Liebengood, took his own life. Liebengood was a 15-year veteran of the USCP and the son of former Senate Sergeant-at-Arms Howard Liebengood Sr.

Just weeks later, a second officer who had responded to the Capitol, MPD Officer Jeffrey Smith, died by suicide. Smith’s death was announced by MPD Chief Robert Contee while addressing a closed session of the House Appropriations Committee.

“We honor the service and sacrifices of officers Brian Sicknick, Howard Liebengood, and Jeffrey Smith, and offer condolences to all the grieving families,” Contee said at the time. "The costs for this insurrection – both human and monetary – will be steep."

Hashida’s death came just two days after four police officers testified before the first meeting of the House Select Committee to Investigate January 6 about the violent assaults and racist taunts they suffered that day. One of them, USCP Sgt. Aquilino Gonell, said the rioters call him a “traitor” and said that he should be executed.

During the hearing, Gonell’s fellow USCP officer, Officer Harry Dunn, encouraged other officers impacted by the Capitol riot to seek counseling or other mental health services. He also urged the House Select Committee to review whether officers were getting enough support in that arena.

#CapitolRiot: Officer Harry Dunn speaking now to his fellow officers, saying there's no shame in seeking counseling or other mental health services. Asks the committee to review whether officers are getting enough support in that regard. @wusa9 @EricFlackTV pic.twitter.com/YxQvwEJ7Ny

On Friday, the U.S. Senate approved an emergency security supplemental that includes funding to create the Howard C. Liebengood Center for Wellness for USCP officers, in honor of Liebengood.

Hashida is survived by his sister, wife and three children. Services are scheduled or 10 a.m. Saturday in Dale City, Virginia. He is set to be interred at Dumfries Cemetery in Prince William County.