Kevin Seefried and his son Hunter appeared in federal court for an arraignment hearing on Tuesday. 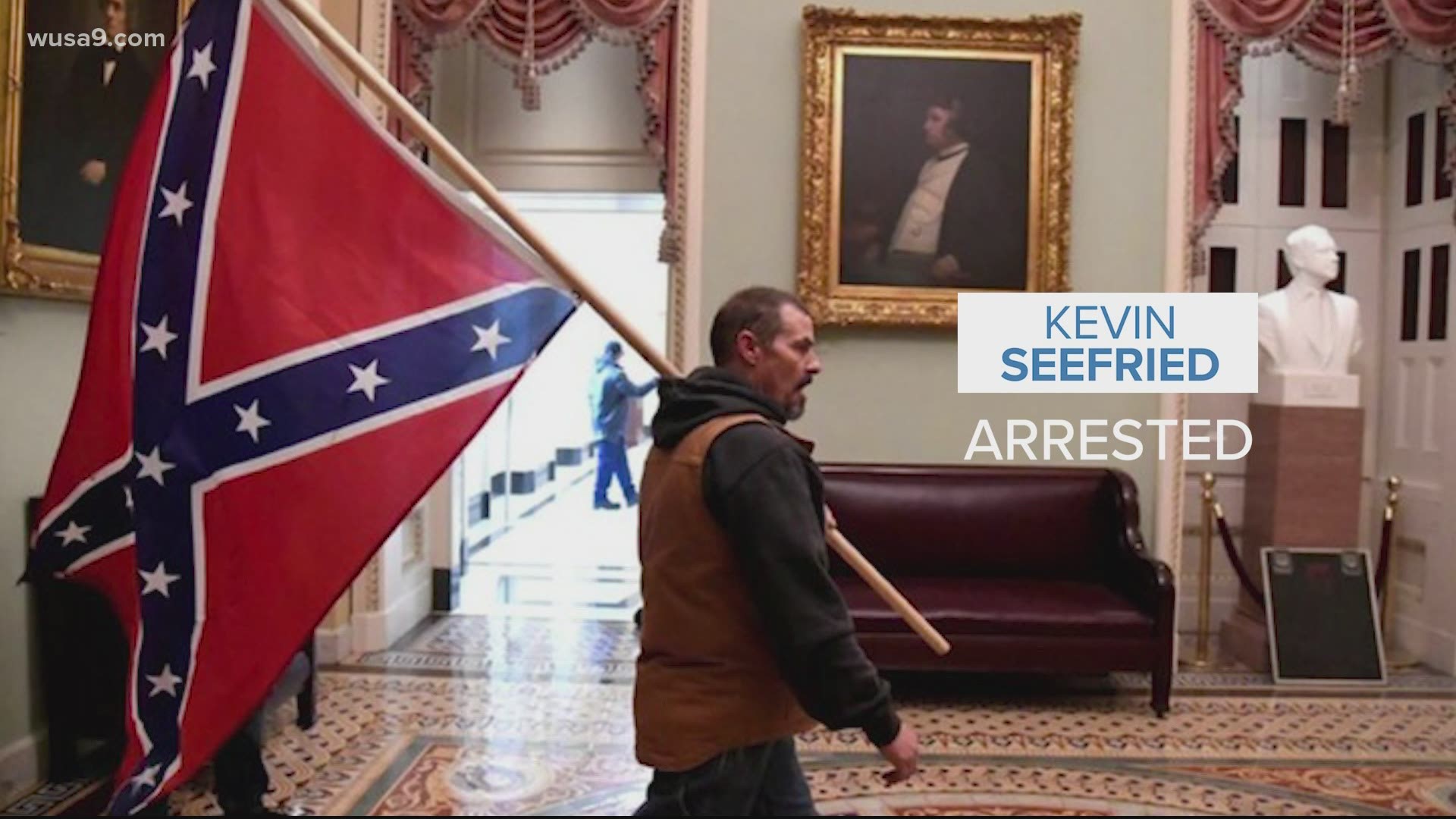 WASHINGTON — Plea deals could be in the works for a Delaware man who carried a large Confederate flag through the Capitol on January 6 – becoming one of the most visible photographs from the siege of the building.

Kevin Seefried and his son, Hunter, were arrested in Delaware a week after the Capitol riot on charges of unlawfully entering a restricted building, violent entry and disorderly conduct on Capitol grounds. Prosecutors said the men entered the Capitol building through a broken window.

In court documents, investigators said the Seefrieds were identified after the FBI was told by a coworker of Hunter’s that he had bragged about being in the Capitol with his father.

Both men were indicted last month on five counts – with Hunter facing an additional three counts, including destruction of government property and committing an act of physical violence in the Capitol grounds or building.

The Seefrieds appeared virtually in federal court on Tuesday for their arraignment – during which both their lawyers and attorneys for the federal government indicated they expected the cases to resolve without a trial. The Justice Department requested and was granted a 60-day continuance in the case. U.S. District Judge Trevor McFadden asked that the court be notified if a plea agreement is reached during that period.

The Justice Department did not oppose a motion by Kevin Seefried filed Monday that would allow him to travel outside of Delaware to join a family trip to North Carolina later this month.