Advocacy groups like Demand Progress say the law enforcement has been shrouded in secrecy for too long. 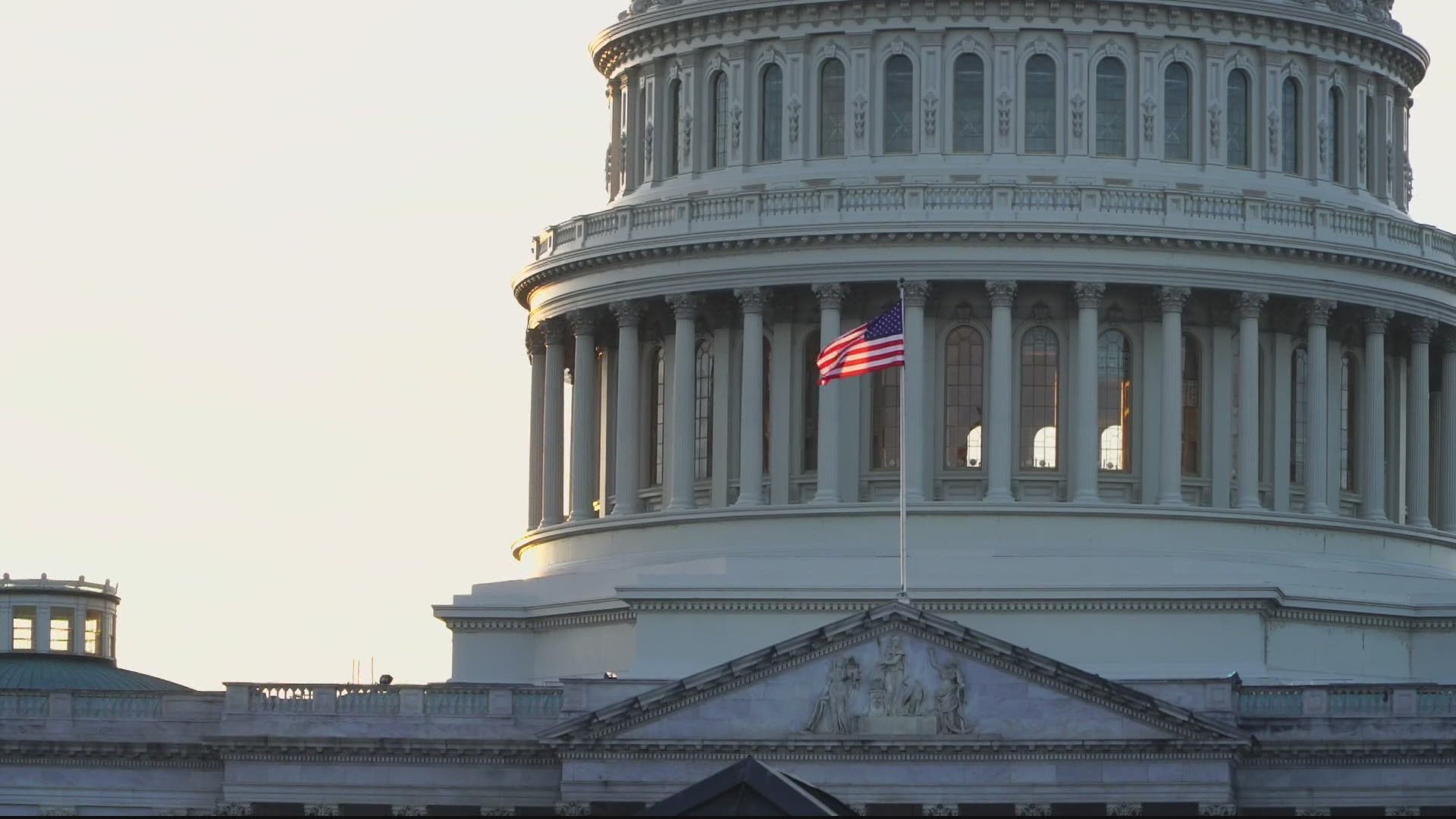 WASHINGTON — U.S. Capitol Police officers and transparency advocates are calling for more changes within the federal law enforcement agency as it prepares to change its leadership.

The United States Capitol Police Labor Committee called on USCP Chief Steven Sund to resign from his position roughly an hour before he announced he would do so Thursday afternoon.

“We have several protesters dead, multiple officers injured and the symbol of our Democracy, the U.S. Capitol, desecrated. This never should have happened,” he said. “This lack of planning led to the greatest breach of the U.S. Capitol since the War of 1812. This is a failure of leadership at the very top.”

Chairman Papathanasiou added the events which unfolded Wednesday were something he never thought he would see in his lifetime.

“Our officers are experienced and they are dedicated, but they lacked the immediate backup and equipment needed to control the surging crowd as events quickly spiraled out of control,” he said

The @CapitolPolice chief is stepping down, but @demandprogress says more change is needed. @Danielschuman called USCP one of the least transparent law enforcement agencies. | "Transparency & accountability is how you know whether an organization is functioning properly" (@wusa9) pic.twitter.com/y8Az6kRuHp

Several D.C. residents said they were also confused by the Capitol Police department’s response to rioting on Wednesday.

“It shouldn’t be so easy for a riot to happen and for a mob to storm our capitol,” Elena Veatch said.

The Associated Press reported Thursday that Capitol Police leadership rejected offers from the Pentagon and Justice Department to defend the Capitol Building leading up to Wednesday’s riots.

In a letter to the Capitol Police Board, Sund said he would resign from the department Jan. 16. After that, he said plans to use roughly 440 hours of sick leave starting Jan. 17.

The @CapitolPolice Union is calling for Chief Steven Sund to be removed from his position following Wednesday's events at the Capitol Building. | "This is a failure of leadership at the very top." (@wusa9) pic.twitter.com/J51CBg620i

Advocacy group Demand Progress has pushed for changes within the Capitol Police department for years.

Demand Progress Policy Director Daniel Schuman called the law enforcement agency one of the least transparent he has ever seen.

“It makes it impossible to understand whether they're capable of meeting their mission and whether they will do so when adverse circumstances arise,” he said.

Schuman said Demand Progress first took an interest in the inner workings of the Capitol Police department when it began to reject the organization’s requests for information.

Law states the agency does not have to comply with Freedom of Information Act requests regarding much of its operations.

Schuman said if Capitol Police were to become more transparent in the future, it would likely become more efficient.

“Our findings suggest that the Capitol Police have had their resources indiscriminately employed,” he said. “They hadn't been sufficiently focused on the Capitol Complex. There have been a series of problems in terms of the way their leadership operates.”

Schuman added what America experienced Wednesday at the Capitol Building was partially the result of the Capitol Police department not opening itself up to review in the past.

“Because the Capitol Police is not sufficiently transparent and accountable,” he said.