Mark Grods pleaded guilty to conspiracy and obstruction of an official proceeding, and agreed to testify in court against fellow militia members. 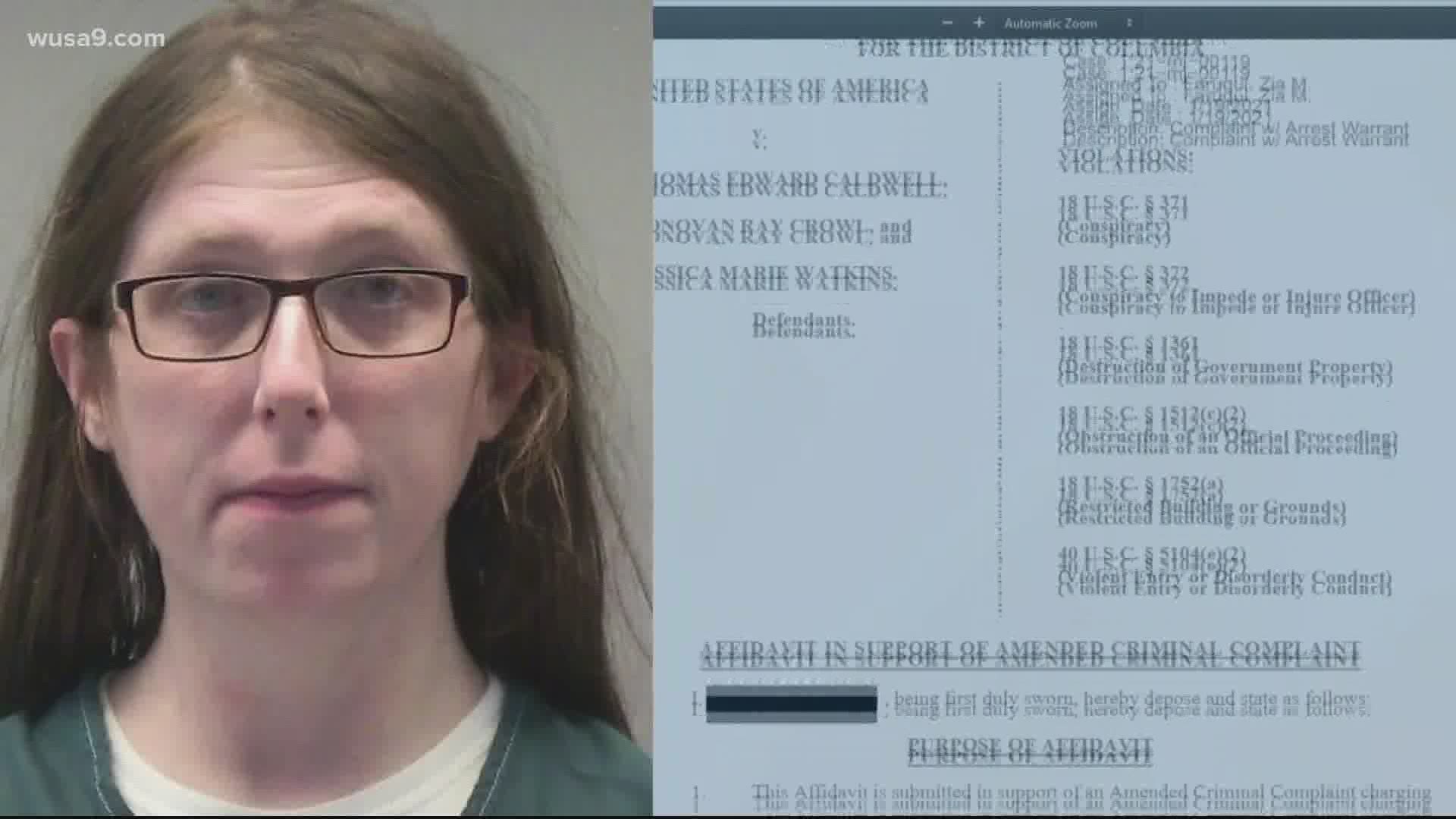 WASHINGTON — An Alabama Oath Keeper agreed Wednesday to testify that he brought weapons to be stashed just outside of Washington, D.C., ahead of former President Donald Trump’s “Stop the Steal” rally – securing important evidence for federal prosecutors looking to convince a jury that the militia conspired to disrupt Congress on January 6.

Mark Grods appeared in U.S. District Court in D.C. on Wednesday to plead guilty to one count each of conspiracy and obstruction of an official proceeding. Under the terms of his plea deal, Grods will face a recommended sentence of 51-63 months (4.25-5.25 years) in prison and a fine of anywhere from $20,000-$200,000.

By accepting the plea deal, Grods agreed to admit that he was part of a conspiracy with other members of the Oath Keepers militia to “stop, delay and hinder the certification of the Electoral College vote” on January 6. Grods agreed that if required, he will testify that conspiracy included a number of steps, among them:

Last week, another Oath Keeper charged in the militia’s alleged conspiracy, Graydon Young, agreed to plead guilty to the same charges. However, Grods is the first member of the group to acknowledge not only plans to bring weapons to the outskirts of D.C., but also the actual act of transporting them to a Virginia hotel, where they were stashed.

Allegations that Oath Keepers planned a “quick reaction force” outside of D.C. were first surfaced in court filings in February, when, in a memo opposing her release, the Justice Department accused Ohio Oath Keepers leader Jessica Watkins of helping coordinate the force.

In communications between Watkins and other Oath Keepers allegedly obtained by federal investigators, Watkins is accused of planning to have “law enforcement members of Oath Keepers” at the ready with weapons outside of D.C. if necessary.

“If it gets bad, they QRF to us with weapons for us,” Watkins allegedly wrote in communications to other Oath Keepers members. “We can have mace, tasers or night sticks. QRF stages, armed, with our weapons, outside the city.”

Watkins also reportedly told Oath Keepers members to be ready to fight hand to hand, and that “guys outside DC with guns await orders to enter DC under permission from Trump, not a minute sooner.”

🚨NEW: The Justice Department says Oath Keepers militia members entered the Capitol on January 6 believing they had a quick reaction force of "law enforcement members of Oath Keepers" stationed outside D.C. at the ready to supply them with weapons. #CapitolRiot pic.twitter.com/YWTRjwlTiL

In previous court filings, the Justice Department has released surveillance images appearing to show an alleged member of the Oath Keepers conspiracy, Kenneth Harrelson, pushing what appears to be a luggage rack with a rifle case into the Comfort Inn in Ballston, Virginia – where, the DOJ contends, the Oath Keepers stored their cache of weapons.

Grods has also agreed to testify that he took more actions in furtherance of the conspiracy on the day of the riot, including joining other militia members in a military “stack” formation as they stormed the Capitol and entering the building with a large stick – before being repelled by law enforcement officers shooting pepper balls.

In addition to Grods, at least 16 other Oath Keepers have been indicted as part of the alleged conspiracy to disrupt Electoral College votes on January 6. Six members of a separate group of California Three Percenters have also been indicted on multiple charges in connection with their own alleged conspiracy to disrupt the joint session of Congress on January 6.