MPD fully activates department ahead of planned 'Justice for J6' protest on Sept. 18 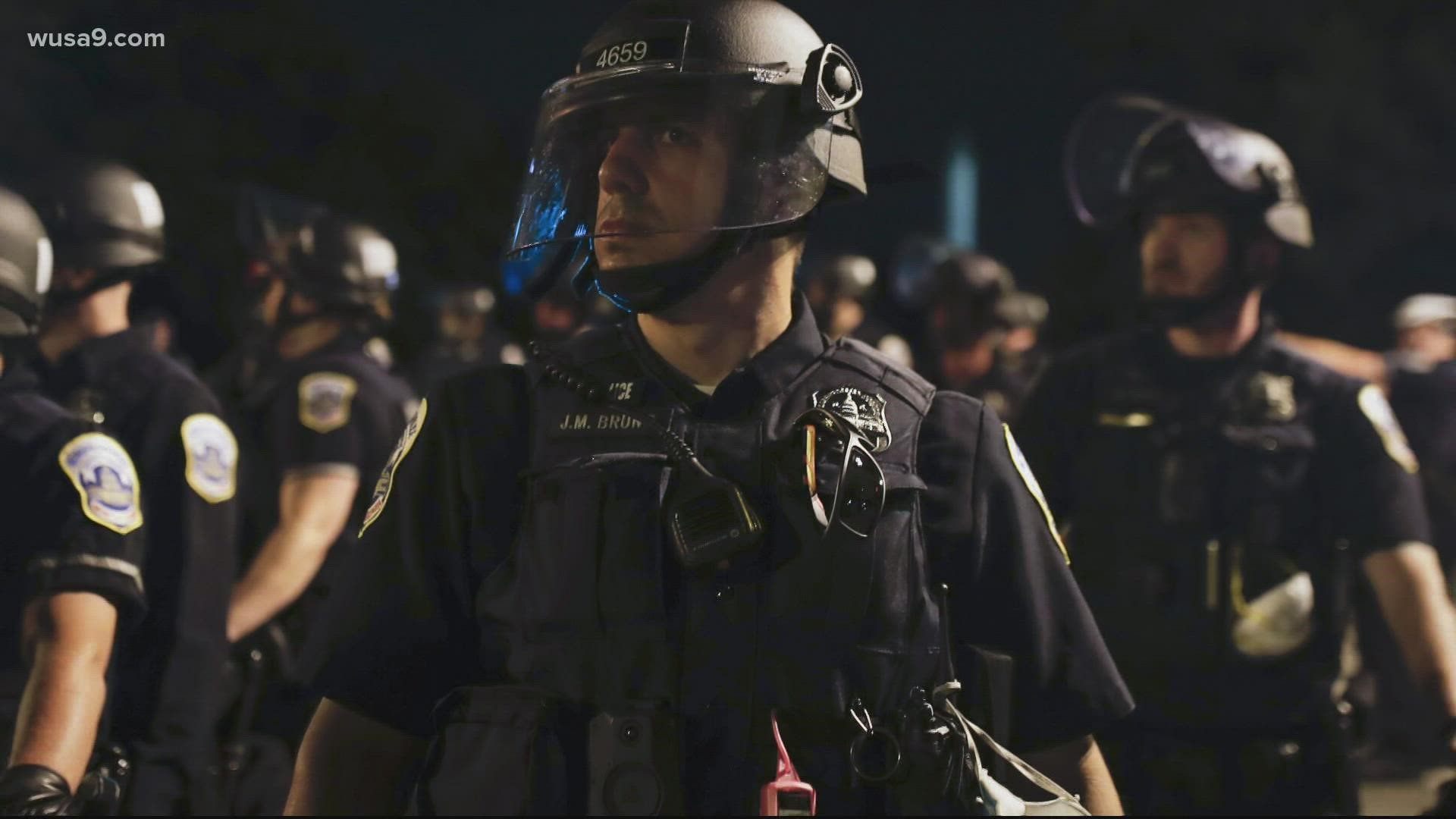 WASHINGTON — In a flash notice sent to all officers and members of the department Thursday, Metropolitan Police activated the entire force and postponed vacation days, in anticipation of a Sept. 18 protest organized by supporters of Jan. 6 defendants.

The rally, known as “Justice for J6,” is planned for the Union Square area of the Capitol grounds, the section of the west front encompassing the Ulysses S. Grant Memorial and Capitol reflecting pool.

When asked for comment, MPD responded with this statement:

"In anticipation of First Amendment activities on Saturday, September 18, 2021, the Metropolitan Police Department will be fully prepared. As with all First Amendment demonstrations, MPD will be monitoring and assessing the activities and planning accordingly with our federal law enforcement partners. MPD will have an increased presence around the city where demonstrations will be taking place and will be prepared to make street closures for public safety."

RELATED: US Capitol Police aware of revisionist insurrection protest, planned for the Capitol next month

🚨“Here we go again…”
>> How US Capitol Police officer reacted to news of a protest by those who think January 6 insurrection never happened.

Matt Braynard, formerly of Trump ‘16 camp, is planning Sept. 18 rally at US Capitol.

Matt Braynard, the head of data for the 2016 Trump campaign, announced the September gathering on Steve Bannon’s podcast, issuing a clarion call for his followers to seek justice for Jan. 6 defendants.

“As we continue to raise the profile of these individuals, it makes it harder and harder for the left’s phony narrative about an insurrection to stick,” Braynard said on Bannon’s podcast released July 30. “What’s going to define [the rally] is where it’s going to take place: we’re going back to the Capitol.”

In a YouTube video, Braynard specifically asked rally attendees not to bring signs re-litigating the 2020 election, including visible markers of support for specific political candidates.

A spokesperson for the U.S. Capitol Police said the department is aware of the proposed rally, but could not provide details of submitted permits or security changes. As of Thursday, the National Park Service also said it has not received notice from the group, Look Ahead America, on whether National Mall grounds would be included for the proposed protest.

Capitol Police officers said they began to hear discussions within the department about the gathering in early August. The developments, and a renewed sense of trepidation, came shortly after the USCP removed the final section of fencing surrounding the Capitol on July 10.

“‘Back the Blue,’ unless of course, you believe that the attack on the Capitol was a ‘non violent event’ where Capitol Police egged on protesters,” said Tom O’Connor, a retired 22-year veteran of the FBI Joint Terrorism Task Force in Washington, D.C. "The conspiracy theories and false narratives continue to grow and draw in many who in the past actually supported police. If you feel the attack on the U.S. Capitol was not an assault on police officers, you can’t with a clear conscience say you 'Back the Blue.'"

In an email to WUSA9, Braynard said the group has a permit and defended the premise of the protest.

"We have almost a hundred people who were nonviolent protestors being held in solitary confinement without medical care, without access to attorneys, without evidence the government plans to use against them, and without the opportunity for bail despite zero criminal history," he said. "All for walking through an open door and then walking out, never laying a finger on anyone or causing any violence."

“Stop the madness," O’Connor countered. "If you broke through the police line, you were part of the problem. You should be charged, tried and if found guilty go to jail and not pass go.”