The FBI is encouraging people to turn in anyone they know involved in the Capitol insurrection. For some, that has meant turning in friends and family. 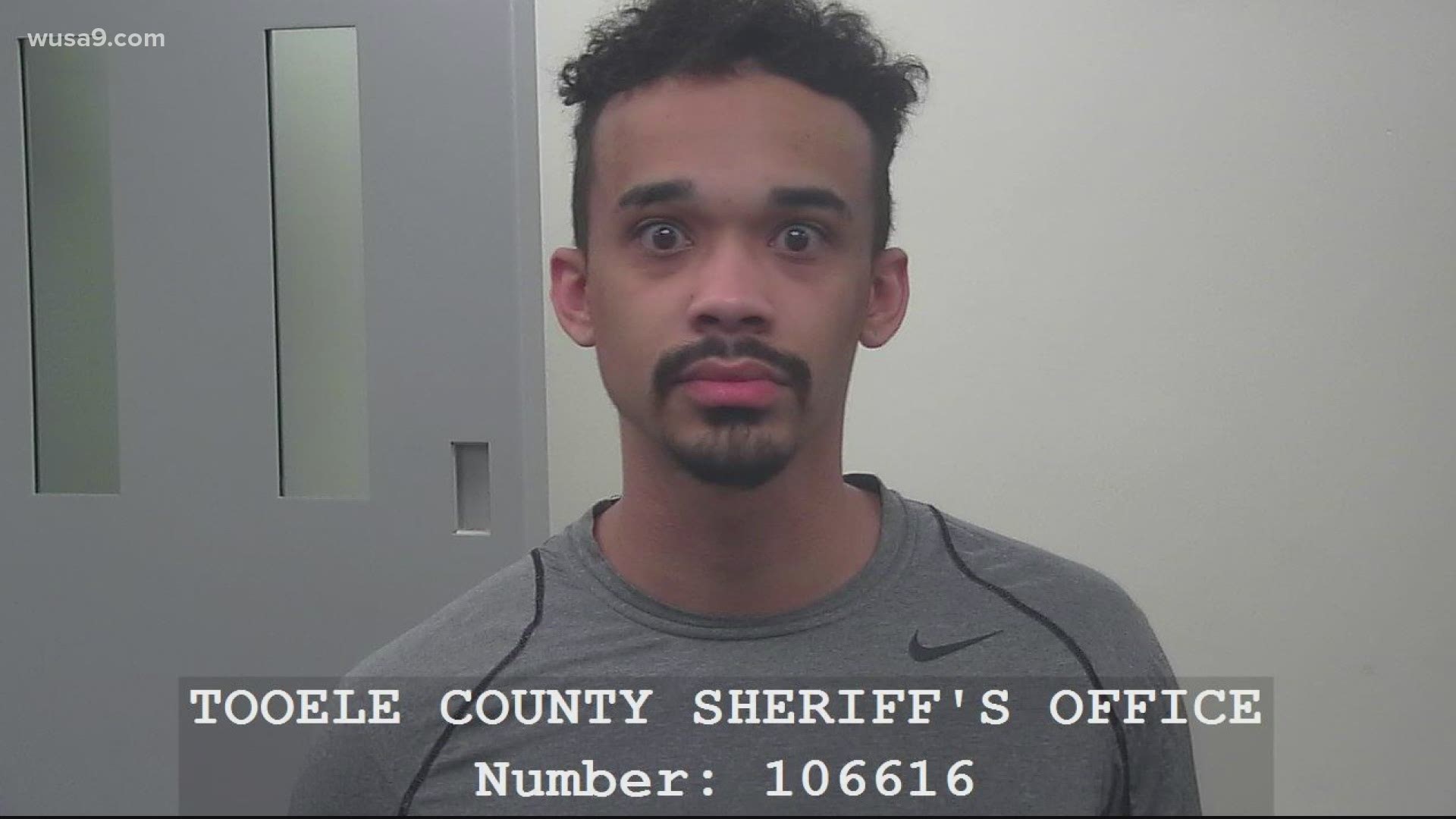 WASHINGTON — On Jan. 6, 24-year-old James Sullivan said he woke up from a nap and saw hundreds of messages asking him if his brother was participating in the insurrection.

"[I] had like 600 messages from people that were asking me to identify and confirm my brother John," James Sullivan said.

Turns out his 26-year-old brother John Sullivan, of Utah, had been at the Capitol on Jan. 6 and recorded himself participating in the riots. After seeing video and photos, James Sullivan turned his brother in to the FBI.

According to court documents, John Sullivan faces charges of entering a restricted building without lawful authority, one count of violent entry and disorderly conduct on Capitol grounds, and one count of interfering with law enforcement.

In video he shot during the insurrection, John Sullivan said he was there as a journalist. But James Sullivan said that's not true.

"He is not a reporter anyway," James Sullivan said. "He started Insurgence TV and he just started going into like full radicalization, preaching and hosting rallies."

John Sullivan, however, denied his brother’s claims in an interview with WUSA9 reporter Eric Flack, saying the two are estranged.

"I do not talk to him, like in any sort of way that he would be even able to get this information," John Sullivan said. "And then also, as far as the allegations that he's saying, of who I am, it's just completely false."

According to allegations in court documents, in June of 2020, John Sullivan helped organized a protest and someone in the area of that protest was shot. John was charged by Provo police in Utah for criminal mischief and rioting.

According to charging documents, John Sullivan saw the shooter but “didn’t condemn the attempted murder nor attempt to stop it.”

James Sullivan admits to helping police investigate his brother’s involvement in that incident as well as turning him in for his alleged role in the Capitol riot.

"We believe John has made a bunch of really bad mistakes," James Sullivan said.

"He’ll go on video and say he’s Antifa and then when approached by somebody he’ll say he’s not," James Sullivan said.

John Sullivan again denied his brother's claim that he is Antifa, arguing that it's not an organization. 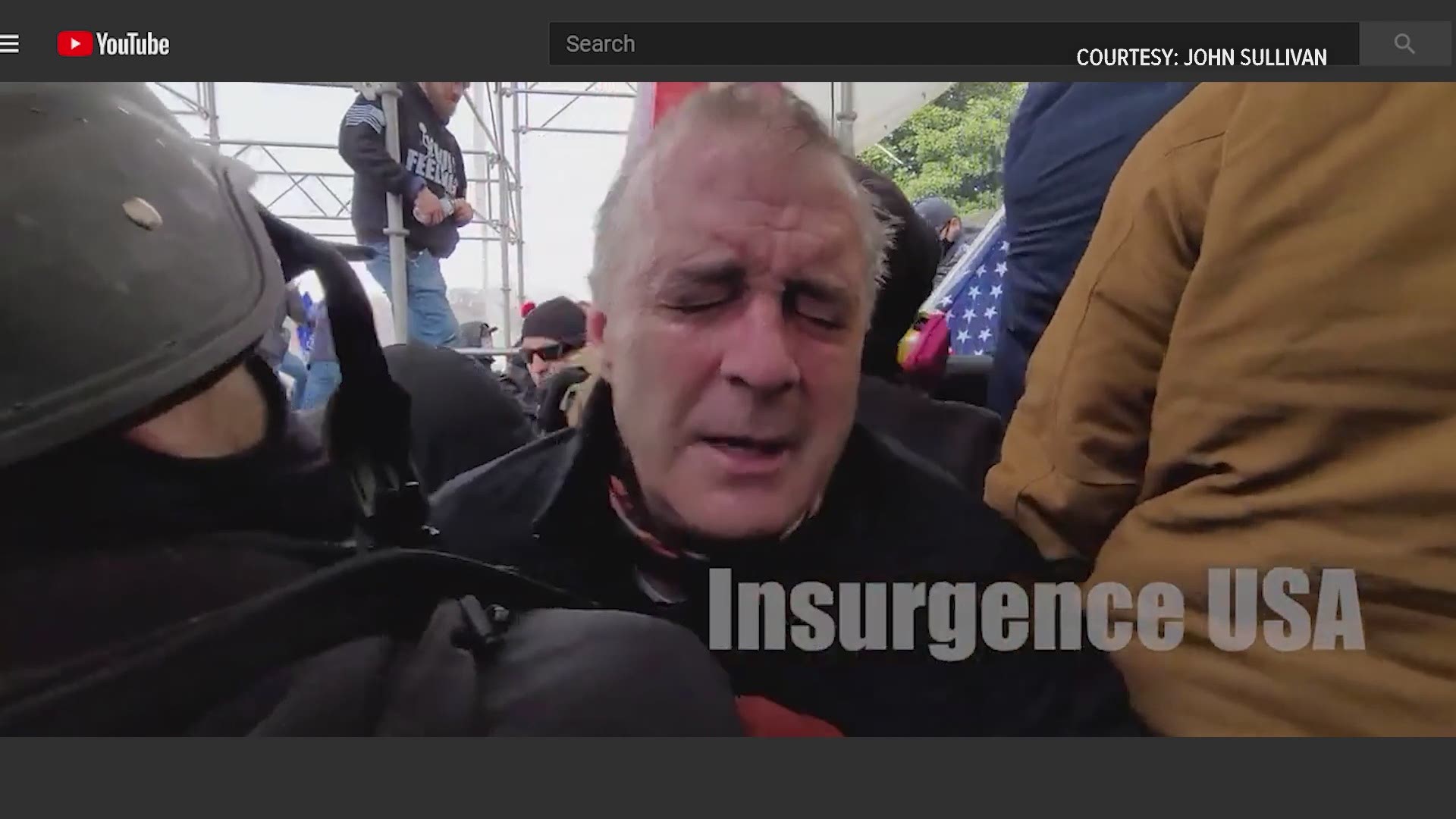 "I don't know where you get, there's an organization named Antifa," John Sullivan said. "Nor is there a membership card that is being passed out."

John Sullivan claims that he uses his LLC, Insurgence USA, as a media company.

"I do my video journalism through this Insurgence USA," he said. "I know where I'm from."

A complication in the story is that James Sullivan has his own ties to the right-wing. He is the co-founder of Civilized Awakening, which bills itself as a conservative civil rights movement, and has spoken at rallies in the past alongside members of the Proud Boys. According to KTVX in Salt Lake City, he's also had run-ins with Black Lives Matter before – including in September, when a bodyguard he brought to a BLM protest was arrested on charges of brandishing a gun.

For its part, Black Lives Matter Utah has disavowed any connection with John Sullivan. BLM Utah founder Lex Scott posted a statement to Tik Tok calling John Sullivan "a thorn in our side."

John Sullivan appeared in federal court in Utah on Friday, where he was granted pre-trial release on a number of conditions. He's now barred from social media and attending protests, can't possess firearms and must wear a location monitor. The judge also ordered him to find a job other than Insurgence USA.

John Sullivan is due back in court in Utah on Feb. 9 for his charges in connection to the Provo protest.