Mark Ponder is accused of attacking police with a metal pole on January 6. His lawyer says he's prepared to go before a jury in January. 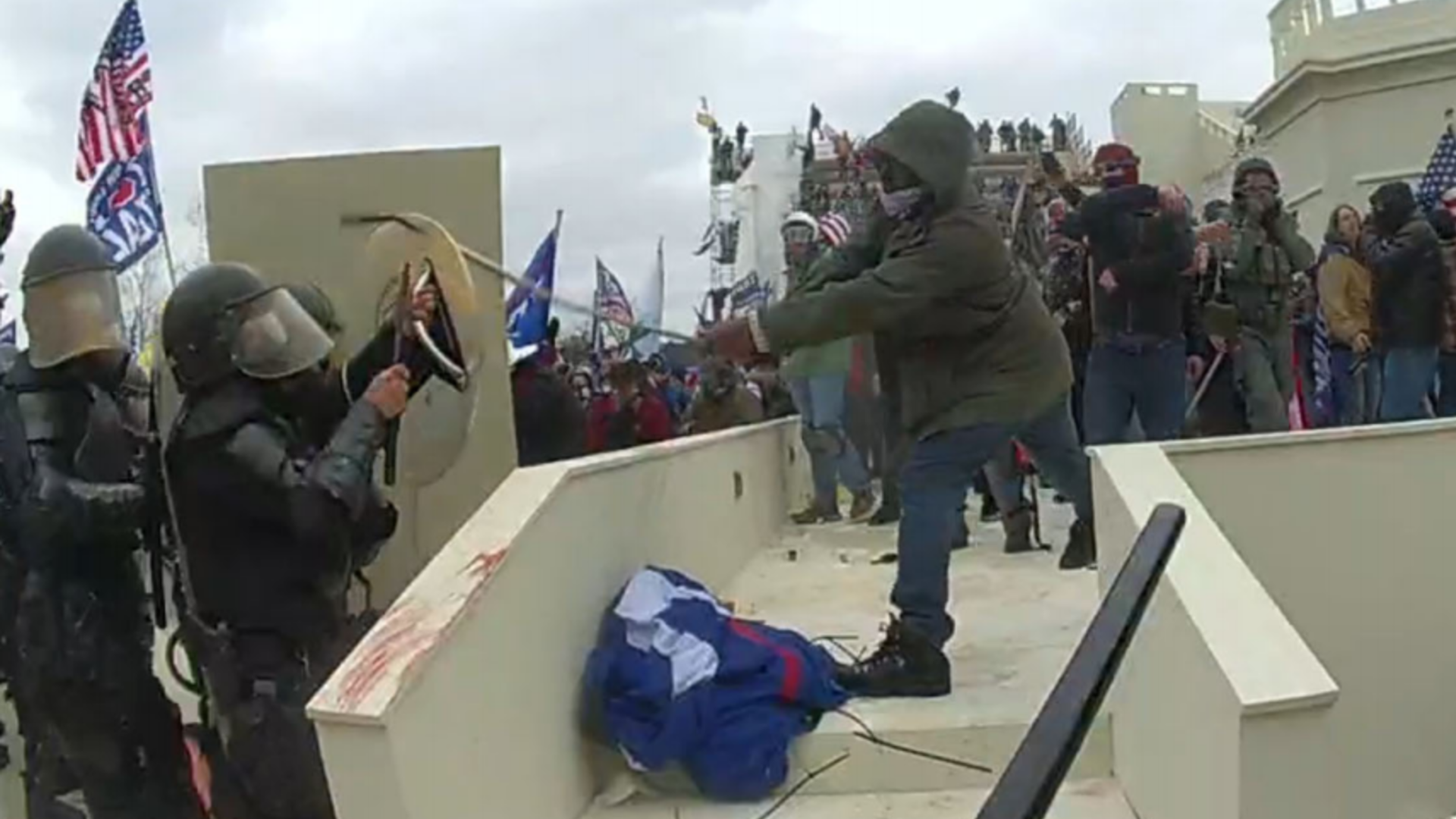 WASHINGTON — A Northwest D.C. man rejected a plea offer from the government on Monday – setting him up to go to trial on a dozen counts in connection with the January 6 Capitol riot.

Mark Ponder was indicted in March on 12 counts, including assaulting federal officers using a dangerous weapon and obstruction of an official proceeding. Federal investigators say Ponder used a metal pole to repeatedly assault officers attempting to hold the line at the West Terrace on January 6.

In court documents, the Justice Department says Ponder was arrested during the riot, but was released when the arresting officers were needed to reinforce other parts of the Capitol complex. Investigators says Ponder left the Capitol temporarily, but came back two hours later.

Ponder was taken back into custody on March 17, and has remained in pretrial detention since then.

NEW DOCS🚨DC man accused of attacking police with metal pole was in @DCPoliceDept custody for 26 minutes but officers had to release him without charges because a transport vehicle couldn't reach them and officers were ordered back to the riot to help overwhelmed fellow officers. pic.twitter.com/gtRfY5wvxz

On Monday, an attorney for the DOJ said Ponder had rejected a plea offer that would have called for him to plead guilty to a single count of assault on a federal officer with a dangerous weapon with a recommended sentencing range of 4.75-6 years in prison. In exchange, the DOJ would agree to drop the other 11 counts against him.

Instead, Ponder’s attorney, Joseph R. Conte, told WUSA9 his client was prepared to go to trial on January 3, 2022. Conte declined to say what evidence his client might present to prove his innocence, saying that information was privileged.

If found guilty at trial, Ponder could potentially face a maximum of 20 years in prison on the obstruction charge and 10 years in prison for assaulting a federal officer with a dangerous weapon.

More than a dozen Capitol riot defendants have already agreed to plead guilty in the case, including three members of the Oath Keepers militia group. On Monday afternoon, a Florida resident and alleged member of a white supremacist prison gang, Michael Curzio, was scheduled to plead guilty to one count of parading, demonstrating or picketing in a Capitol building. At least five more plea hearings were scheduled for the week, including one for Curzio’s codefendant Thomas Gallagher on Wednesday afternoon.