Michael Curzio, who, the DOJ says, joined the white supremacist gang the Unforgiven while in prison, pleaded guilty to a misdemeanor count on Monday. 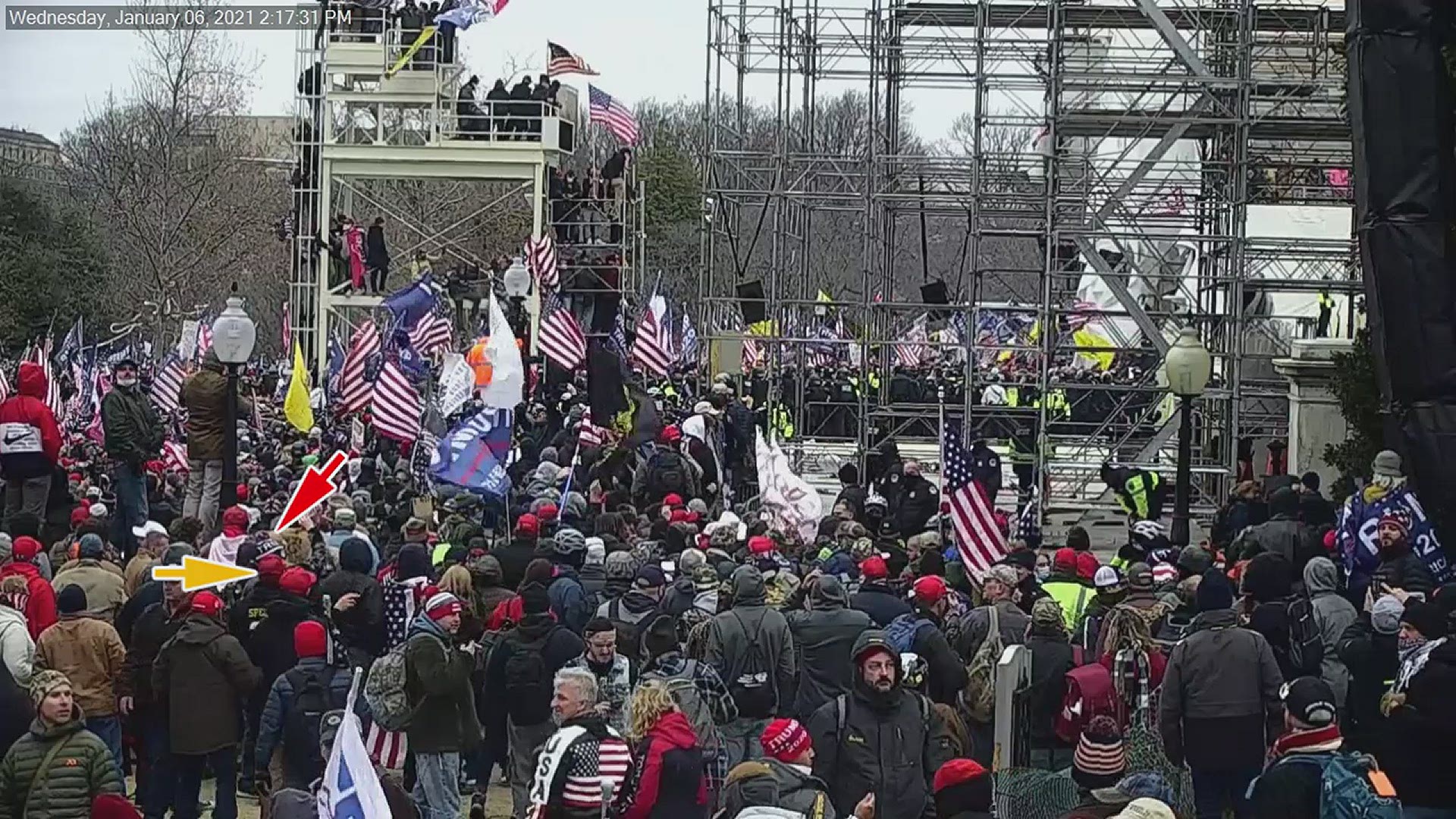 WASHINGTON — A Florida man accused of being at the front of the crowd inside the U.S. Capitol building on January 6 pleaded guilty to one misdemeanor count Monday and received the maximum sentence of six months in jail.

Michael Curzio, of Summerfield, Florida, was arrested along with five others after refusing Capitol Police orders to leave the building. He was taken into federal custody on January 14 and formally charged the following day with four misdemeanor counts, including violent entry and disorderly conduct in a Capitol building.

Curzio and his co-defendants were already scheduled to appear for a status hearing on Friday afternoon, but on Thursday, the Justice Department filed a motion asking for an additional plea hearing to be set for Monday in his case.

The Justice Department said Friday that Curzio and a second defendant, Thomas Gallagher, had signed documents agreeing to plead guilty to one count of parading, demonstrating or picketing in a Capitol building, which carries a maximum sentence of six months in prison.

Because he has been in custody since his arrest, Curzio had already served nearly his full sentence. Judge Carl Nichols ordered him released on Wednesday – six full months since his arrest.

Curzio appeared in court virtually on Monday to enter his plea. When asked if he had anything to say, he told Nichols he was "going to own up."

"I did parade, demonstrate, picket," Curzio said. "You have that on video. I'm not going to deny it."

Despite facing no felony charges, Curzio had been repeatedly denied bond – in large part due to his criminal history and his affiliation with a violent prison gang. In memoranda opposing his release, the Justice Department said Curzio’s participation in the Capitol riot came just two years after he was released from an eight-year prison sentence in Florida for attempted murder.

“Less than two years after his release for that serious, violent offense, he committed the current offenses, illustrating that his significant term of imprisonment did not chasten him from committing further criminal conduct,” prosecutors argued in an April court filing.

#CapitolRiot: The DOJ says at the time of his arrest, Michael Curzio had Nazi tattoos associated with a violent, white-supremacist prison gang known as The Unforgiven, which they say he was an "undisputed" member of. pic.twitter.com/EkwUmULBGb

Justice Department lawyers said Curzio also has an “undisputed history” of membership with the extremist group the Unforgiven – a violent, white-supremacist gang operating both inside and outside of the Florida corrections system.

“At the time of his arrest, he bore tattoos with Nazi symbology associated with that gang and was wearing a necklace with a Thor’s-hammer pendant,” the Justice Department wrote. “While he claims the pendant is a representation of sincere religious belief, Thor’s hammer is also known to be a white-supremacist symbol.”

A plea hearing for one of Curzio's co-defendants, Thomas Gallagher, was scheduled for Thursday at 4 p.m.