Brian McCreary entered a guilty plea on Thursday to one Class "A" misdemeanor count of entering or remaining in a restricted building. 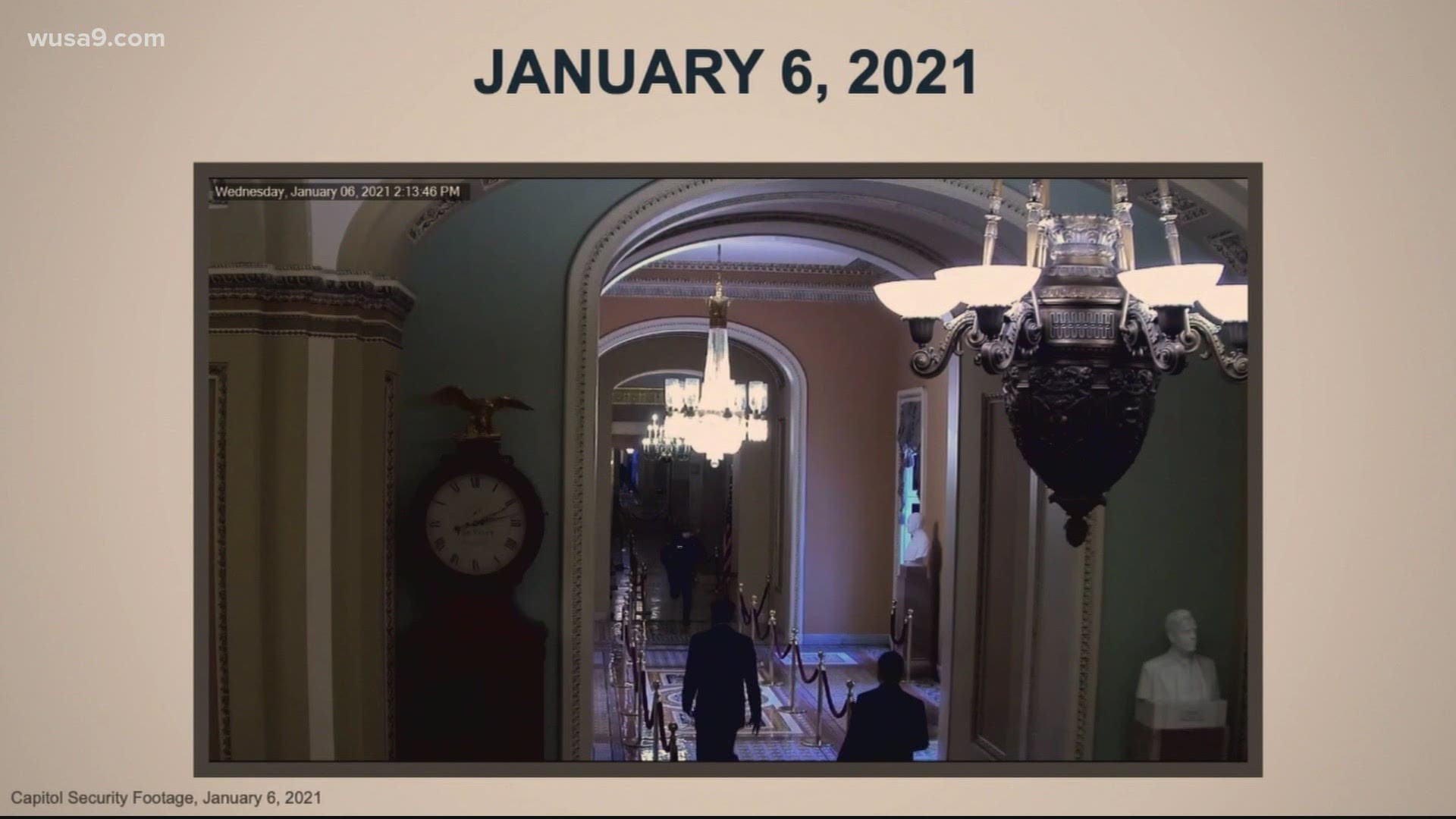 WASHINGTON — A Massachusetts man who joined in with and filmed the mob that chased Capitol Police Officer Eugene Goodman on January 6 pleaded guilty Thursday to one misdemeanor count.

Brian McCreary appeared before D.C. District Court Chief Judge Beryl Howell to enter his plea to one count of entering or remaining in a restricted building or grounds – a Class “A” misdemeanor with a maximum sentence of up to 1 year in prison. Because he has no criminal history, McCreary faces a sentencing guideline of 0-6 months behind bars.

McCreary told Howell he entered the U.S. Capitol Building twice on January 6 while a mob of supporters of former President Donald Trump was trying to disrupt the certification of Electoral College votes. While inside, McCreary said he filmed other rioters breaking out windows and chasing Goodman. Goodman was later awarded a Congressional Gold Medal for his heroism in leading rioters away from members of Congress.

Howell made a point of asking McCreary exactly what he had filmed while still deciding to remain part of the mob.

DOJ says FBI was able to take possession of all of McCreary's devices during his initial interview, which he conducted voluntarily.

As of Thursday, more than 100 Capitol riot defendants had pleaded guilty in the case. Most pleaded to Class “A” or “B” misdemeanor counts – some, like McCreary, even though they were indicted on a felony charge of obstruction of an official proceeding. Part of those plea agreements includes $500 in restitution to be paid to the Architect of the U.S. Capitol. Howell, who has pressed the Justice Department on the perceived leniency of the charges some riot defendants have pleaded guilty to, told DOJ lawyers to be prepared to brief her on whether or not she can increase that amount.

McCreary was scheduled to return to court on January 14, 2022, for sentencing. At that time, Howell warned him, she will have to determine how best to “protect the public from further crimes by you.” McCreary was allowed to remain on pre-sentencing release until his next hearing.