Capitol Riot suspect in tears at sentencing. Attorney says he is remorseful for crime that is 'forever part of American history' 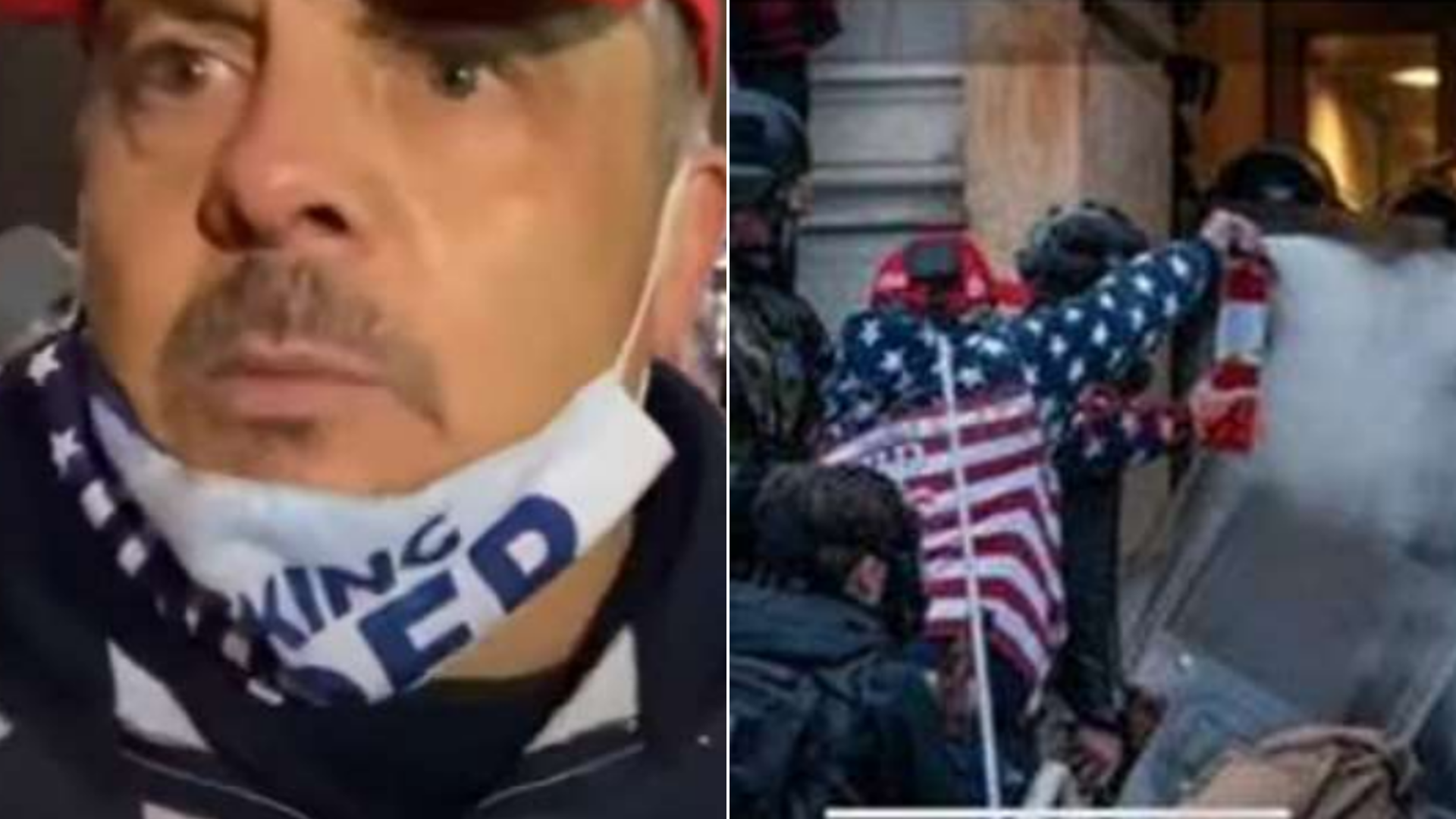 WASHINGTON — Robert Palmer, 54, of Tampa admitted in U.S. District Court on Monday that he was the man wearing a red, white and blue “Trump” jacket while attacking police protecting the entrance to the Lower West Terrace of the US Capitol January 6.

Palmer told U.S. District Court Judge Tanya Chutkan he was the one identified in Department of Justice images who threw a wooden plank at police, sprayed a fire extinguisher at officers until it was empty and then threw the empty fire extinguisher canister at the line of police.

Before his court hearing, Palmer displayed a different bearing than the man captured in images from the riot – sobbing onto the shoulder of his defense attorney Bjorn Brunvand moments before the two men entered the court for Palmer to plead guilty to felony assault on law enforcement.

“That was Mr. Palmer being remorseful for what he did on January 6th,” Brunvand said in an interview leaving court. “And also, afraid of what’s to come.”

Judge Chutkan has accepted Robert Scott Palmer's guilty plea, making him the 4th #CapitolRiot defendant to plead guilty to assaulting police on January 6. He faces a recommended sentence of 46-57 months in prison. Sentencing is set for December 7. @wusa9 @EricFlackTV pic.twitter.com/yn7KL3peBd

Based on federal sentencing guidelines Palmer faces a recommended sentence of 47-56 months in prison or about four to four and a half years behind bars. As part of his plea agreement, Palmer was immediately taken into custody by US Marshals.

Chuktan will sentence Palmer on December 17, but she sent a message to another Capitol Riot defendant during his sentencing earlier Monday.

Chuktan went above the DOJ’s recommended sentence for Matthew Mazzocco, who pled guilty to a petty misdemeanor charge of “parading, demonstrating or picketing inside the capitol building” for being on Capitol Grounds January 6 but not going inside the Capitol itself.

The DOJ asked Chuktan for a sentence of 3 months of home confinement and probation for Mazzocco but Chcktan rejected the DOJ’s recommendation.

“There have to be consequences for January 6th,” Chuktan told Mazzocco.

Chucktan ordered the Texas man to serve 45 days in jail instead.