Discussions over possible permanent fencing around the US Capitol continued on Thursday, three weeks after a violent mob stormed the grounds. 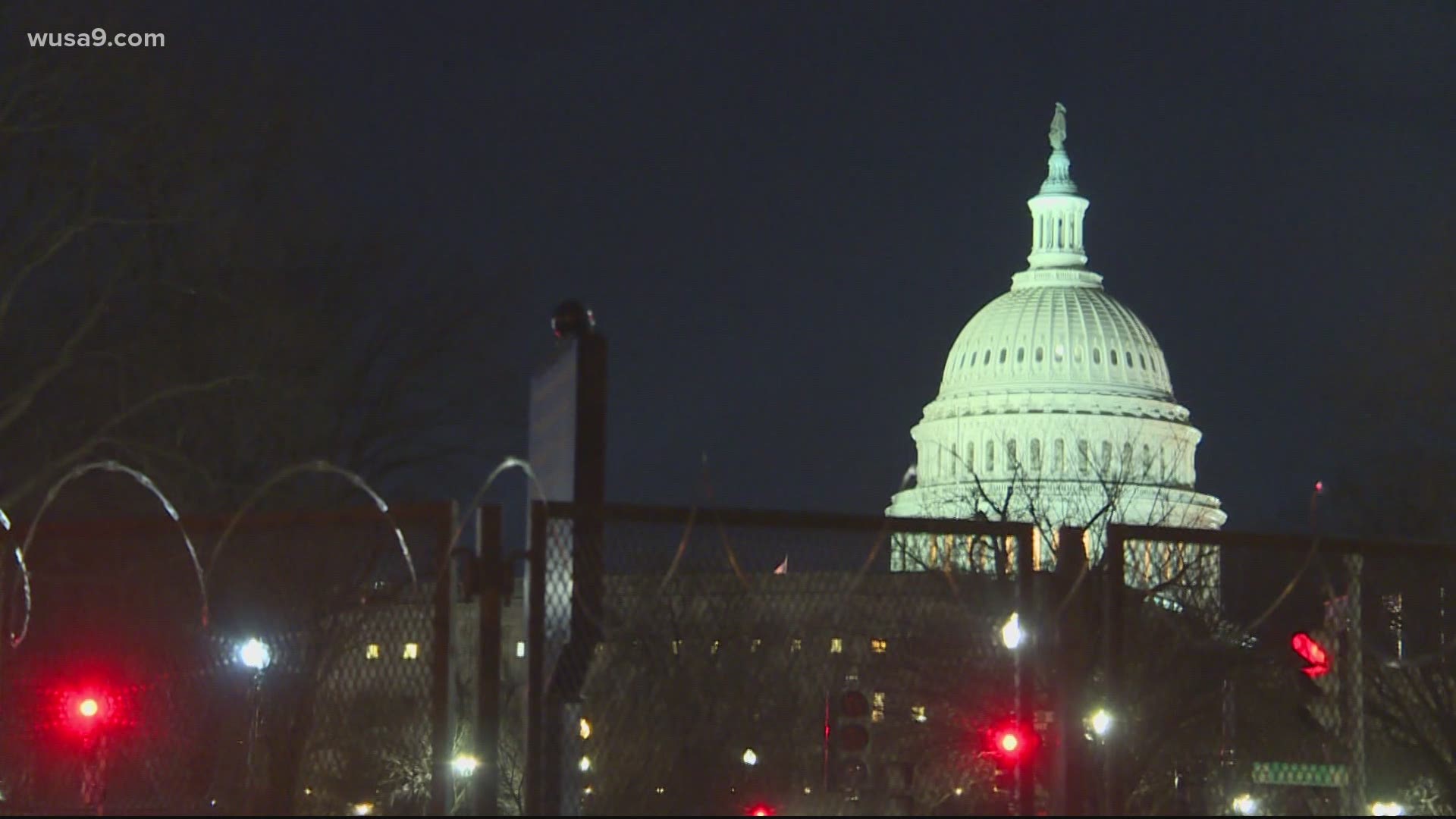 WASHINGTON — On the same day the head of U.S. Capitol Police urged leaders to add permanent fencing and expand security forces around the Capitol Building, Mayor Muriel Bowser vowed on Thursday that the fencing would eventually come down.

Bowser made the comments both on social media and during a press conference on Thursday but added that "potentially volatile events" were upcoming and extra security would be needed.

"Fencing and the presence of troops will be a part of that. But we will not accept extra troops or permanent fencing as a long-term fixture in DC," the mayor wrote on Twitter. "When the time is right, the fencing around the White House and U.S. Capitol, just like the plywood we’ve seen on our businesses for too long, will be taken down."

Bowser did not offer more details on the potential threats facing the Capitol. However, security is expected to remain high as President Donald Trump's second impeachment trial gets set to begin next month.

The mayor's comments came as U.S. Capitol Police Acting Chief Yogananda Pittman asked lawmakers to make the fencing permanent and to have more troops on standby to protect the building.

"In the end, we all have the same goal — to prevent what occurred on Jan. 6 from ever happening again," Pittman wrote. “In light of recent events, I can unequivocally say that vast improvements to the physical security infrastructure must be made to include permanent fencing, and the availability of ready, back-up forces in close proximity to the Capitol."

CAPITOL FENCING:
"There are times when you need critical additional security. It should be bold but it should be temporary. Building a higher fence and making the fence permanent is the easy, obvious, and wrong answer.” - @USCapHis @wusa9 pic.twitter.com/V45Q75vdk0

In the weeks since the Capitol riots, the fencing and extra security led to road closures and challenges getting around the nearby area.

While some who live nearby would like to see the fencing go away, others have spoken to WUSA 9 about feeling safer with the precautions in place.

Following the statement from Chief Pittman, the U.S. Capitol Historical Society voiced concerns about the potential impact to public access at the building in the future.

"There are times when you need critical additional security. It should be bold but it should be temporary," USCHS President Jane Campbell said. "Building a higher fence and making the fence permanent is the easy, obvious, and wrong answer.”

The historical society dates back almost 60 years, with its members dedicated to telling the stories behind the American landmark and preserving its history.

For Campbell and her team, seeing the riots weeks ago brought plenty of heartbreak.

"We were horrified and we were saddened but we were more determined that the Capitol would continue to be open," she said. "The Capitol is the people’s house and we are not going to be intimidated by a group of terrorists."

Campbell said that she believed the Capitol could be adequately protected with emerging security technologies and said things like special tours and being able to walk around the Capitol grounds should not be sacrificed in the name of safety.

"We cannot let the mob that swarmed the Capitol on Jan. 6 win by closing access to the people," she said. "Let us recognize the technology and new security measures that are emerging every day. Let’s use those. Let’s not just come up with the quick, easy, and wrong answer.”