A final decision to re-install the fence has not been made, as law enforcement review intelligence about the Sept. 18 rally. 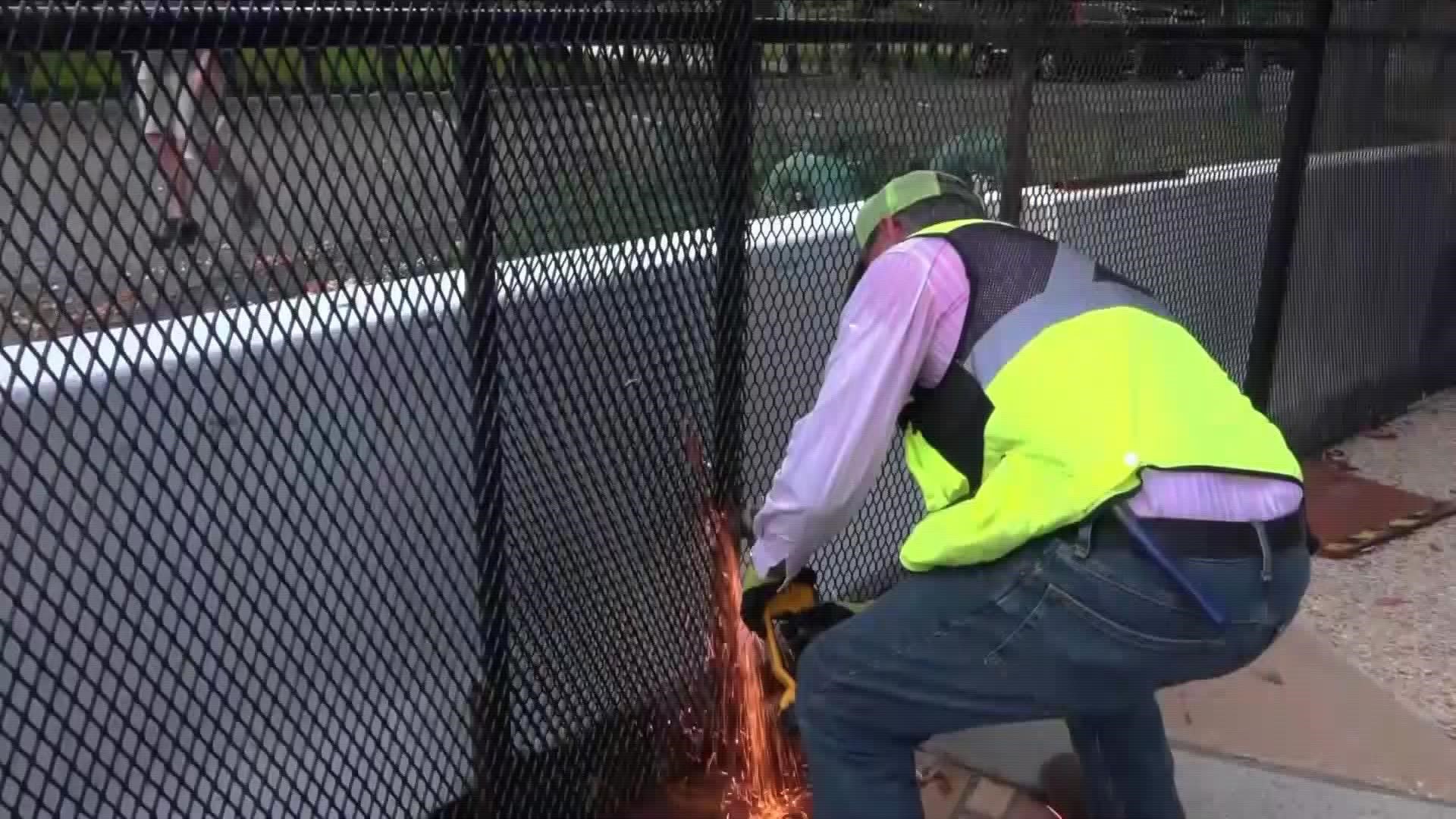 WASHINGTON — U.S. Capitol Police officers have been told to prepare for fencing to return to the Capitol complex, ahead of an alt-right rally scheduled for Sept. 18. A decision on whether to re-install the imposing barriers has not been finalized, as intelligence on the upcoming “Justice for J6” rally is examined, officials familiar with the matter said.

The Capitol Police officers said they were first told to be ready for fence reconstruction during a roll call meeting about two weeks ago – a huddle when department leaders brief officers on daily matters, changes in procedure, and upcoming events.

The roll call discussions concerning reconstructed Capitol fencing have not been previously reported.

The “Justice for J6” rally is scheduled for this month near the west front of the Capitol – a protest supporting jailed Jan. 6 insurrection defendants.

Matt Braynard, the head of data for the 2016 Trump campaign, announced the gathering on Steve Bannon’s podcast this summer, issuing a clarion call for his followers to seek justice for Capitol riot defendants.

“As we continue to raise the profile of these individuals, it makes it harder and harder for the left’s phony narrative about an insurrection to stick,” Braynard said on Bannon’s podcast July 30. “What’s going to define [the rally] is where it’s going to take place: we’re going back to the Capitol.”

Around the time of the USCP roll call discussions, Metropolitan Police sent a flash alert to all members of the department conveying a full activation of the District’s police force on Sept. 18.

"In anticipation of First Amendment activities on Saturday, September 18, 2021, the Metropolitan Police Department will be fully prepared,” the department said after WUSA9 first reported the alert. “As with all First Amendment demonstrations, MPD will be monitoring and assessing the activities and planning accordingly with our federal law enforcement partners. MPD will have an increased presence around the city where demonstrations will be taking place and will be prepared to make street closures for public safety.”

🚨LATEST >> US Capitol Police officers have been told at roll call to prepare for Capitol fence to return for Sept 18 rally, although a final decision has not yet been made.

Details are according to USCP officers 1st notified of possibility ≈ 2 weeks agohttps://t.co/qY27pTtztV

Officials familiar with the discussions told CBS News on Wednesday Capitol Police leadership are awaiting final reviews of intelligence surrounding the rally. Two sources familiar with the intelligence said members of far-right extremist groups including the Proud Boys and Oath Keepers are planning to attend the event, demanding the release of hundreds charged in the insurrection.

“We are closely monitoring Sept. 18 and we are planning accordingly,” said USCP Chief J. Thomas Manger. “After Jan. 6, we made Department-wide changes to the way we gather and share intelligence internally and externally. I am confident the work we are doing now will make sure our officers have what they need to keep everyone safe.”