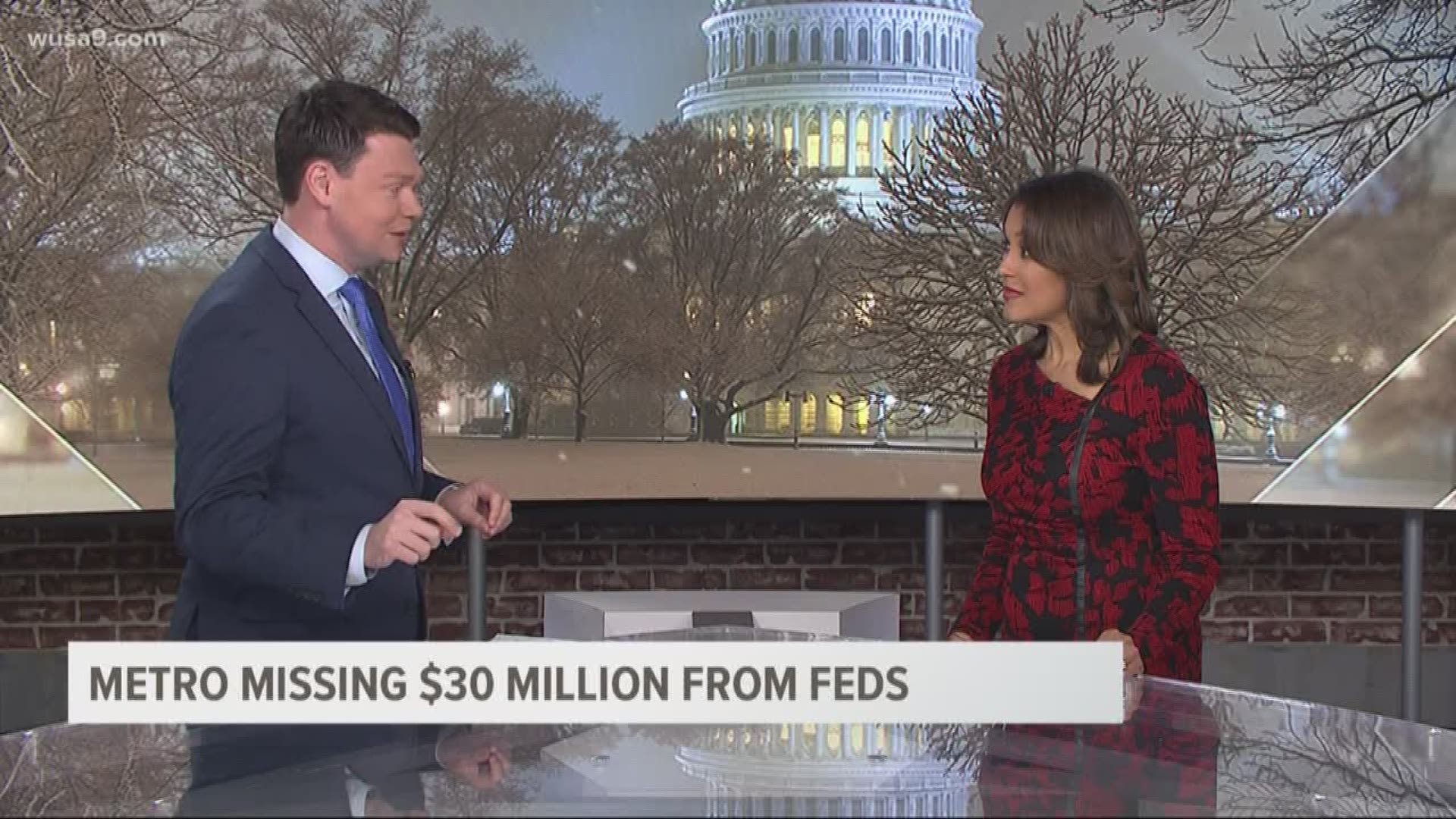 WASHINGTON — The 27-day government shutdown has robbed our area's public transit systems of millions of dollars, U.S. Senate Democrats said in a Thursday night statement after they inquired about the impasse's impact on Metro's finances.

“Our preliminary analysis estimates that for an average weekday when the government is closed, Metro is losing approximately $400,000 in fare and revenue," said Metro General Manager Paul Wiedefeld in a letter to senators representing Maryland and Virginia.

Leaders of the beleaguered agency warned that the drop in ridership combined with unpaid federal expenses might force it to make changes easily felt by riders. Wiedefeld said Metro might defer repair projects, reduce the number of eight-car trains, and make changes to service and staffing, though no changes have been made yet.

"At a time when Metro already is undertaking substantial, disruptive projects to improve safety and reliability, President Trump’s shutdown is jeopardizing the health and stability of the entire Metro system," said a joint statement by Senators Mark Warner, Tim Kaine, Ben Cardin, and Chris Van Hollen.

Up until now, Metro has declined to say how much revenue it was losing during this shutdown. About one-third of all Metrorail riders at rush-hour are federal employees, many of whom have not been at unless they’re considered essential. If the shutdown ends later than January 21, Wiedefeld said that federal employees might not receive February SmartBenefits transit benefits from their agencies.

Wiedefeld told senators that as of last week, the federal government owes Metro $33 million in unreimbursed expenses as a result of the shutdown, a number is expected to grow to $50 million by the end of this month. The shutdown could also put $638 million in federal transit funding in jeopardy if the shutdown delays certifying the Washington Metrorail Safety Commission by April 15.

"This wasteful, destructive shutdown must come to an end," said the senators.

Wiedefeld said Metrorail ridership has dropped an average of 16 percent during the shutdown; 8 percent on Metrobus. In 2018, Metrorail averaged 626,000 daily riders.

The 16-day shutdown of 2013 cost the transit agency $5.7 million in lost fares due to a 25 percent drop in overall ridership.