Turkish bodyguards kicked him to the point of brain damage. Now he’s furious President Erdogan is coming back to DC

A foreign leader’s security detail assaulted 11 American citizens. Most of the accused escaped with impunity. 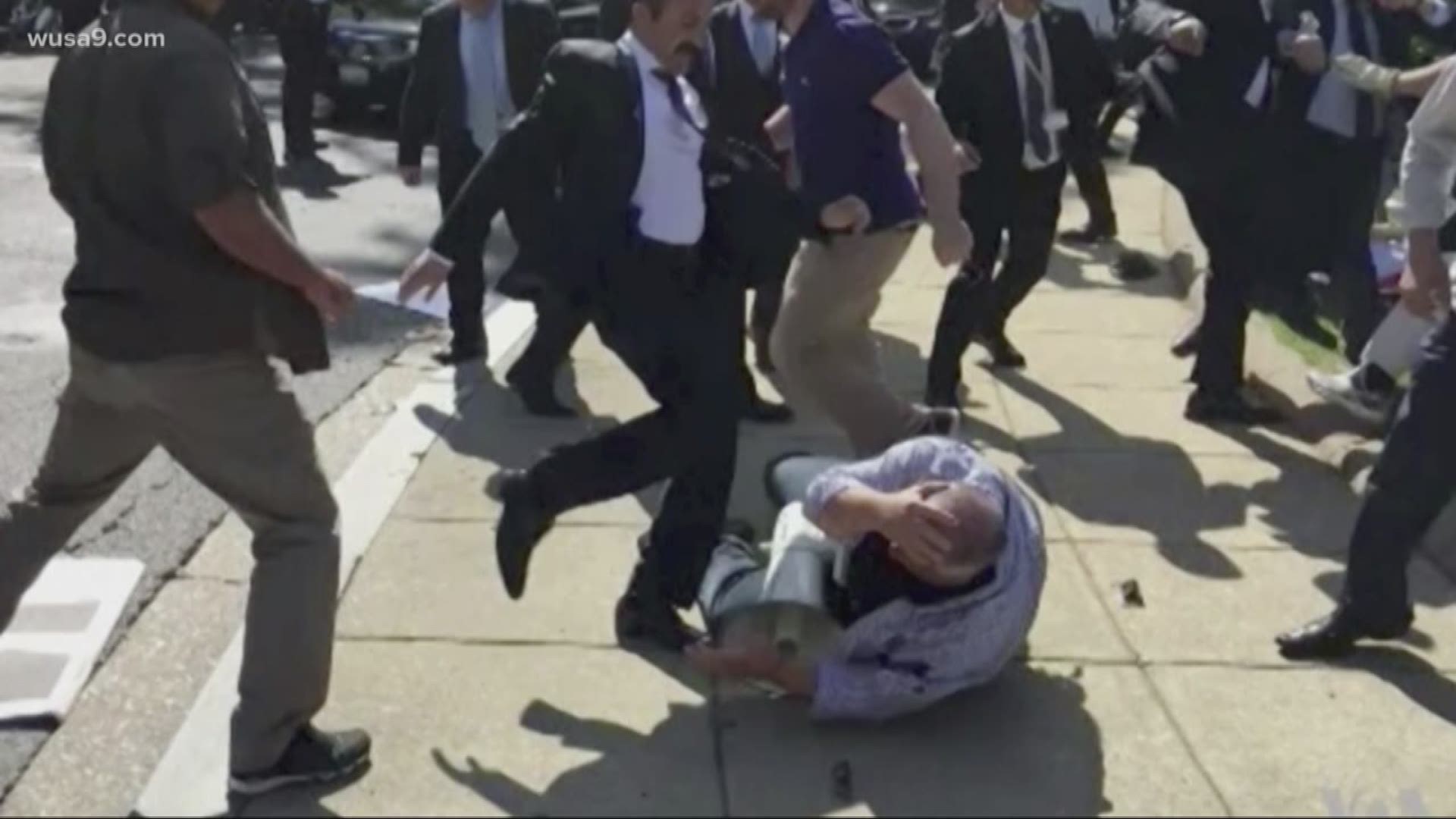 WASHINGTON — The scene was a stunning sight on American soil – Turkish bodyguards beating U.S. protesters, on the streets of D.C.

The May 17, 2017 clash between peaceful demonstrators and security personnel for Turkish President Recep Tayyip Erdogan marked a dramatic and illegal escalation, the likes of which the District has never seen.

A foreign leader’s security detail assaulted 11 American citizens. Most of the accused escaped with impunity.

But more than two years after the attack, wounded protester Murat Yasa said he still has brain damage – and will reemerge to protest President Erdogan’s visit to D.C. next month.

"He gave an order to his thugs, to attack us," Yasa said, of the moment Turkish personnel knocked him to the ground and kicked his head repeatedly. "I’ve seen a neurologist. I have memory issues, and my doctor says, brain tissue damage."

A federal grand jury indicted 19 of the men who participated in the attack. Only two have served prison sentences, simply because they could not flee the country in time.

Amid the fallout from his decision to withdraw U.S. troops from Northern Syria, allowing a Turkish incursion, President Trump announced the Turkish president had accepted an invitation to visit the White House on Nov. 13.

The move immediately drew widespread criticism, as White House officials said the invitation would help both leaders to discuss the dynamics of the situation in Syria.

"Very simple, I was so upset," Yasa said. "Giving green light to Turkey to invade Syria is not solving the problem."

The Virginia resident served as the Kurdish leader of the May 2017 protest, and left little doubt of his intentions once Erdogan returns.

RELATED: US to step aside for Turkish assault on Kurds in Syria

RELATED: Climate change protesters chain themselves to sailboat in DC