The Wolf Trap announced its upcoming musical guests that will perform in 2021 starting in June — the first time since December 2019. 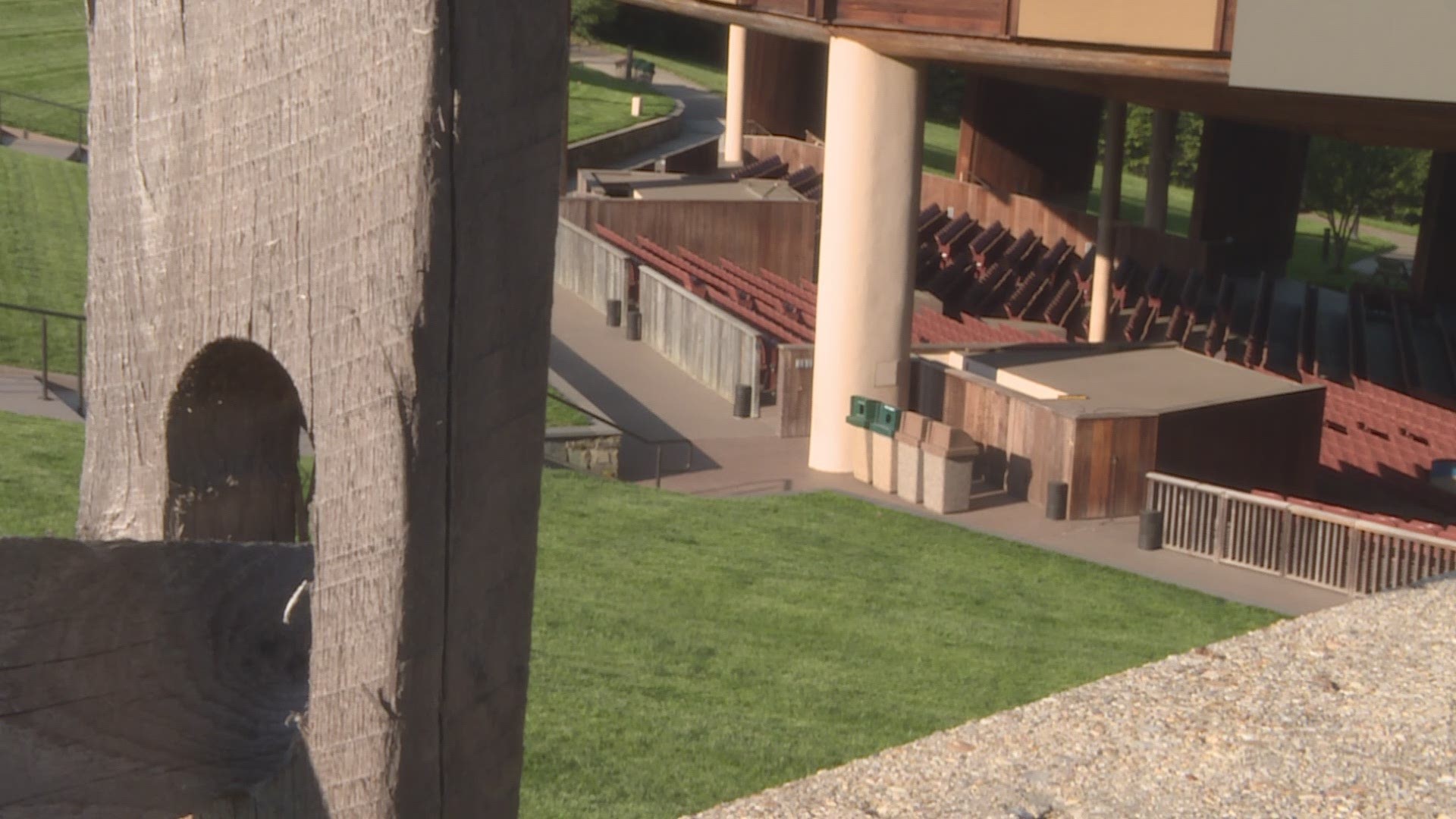 VIENNA, Va. — Live music and concerts will soon be back at the Wolf Trap National Park for the Performing Arts in Vienna, Virginia, amid more people being vaccinated and fewer COVID-19 restrictions in the state.

The Wolf Trap announced its upcoming musical guests that will perform live in 2021 starting in June — the first time since December 2019.

"I think for all of us in the DMV, this is the beginning of the reopening of our society, the President and CEO of the Wolf Trap Foundation for the Performing Arts, Arvind Manocha said. "It's just the first step. It's an important first step."

July 1 will be an especially important moment for the foundation — it will mark 50 years to the day since the Filene Center hosted its first performance with a big anniversary concert.

"This is not only our 50th, but it's really a moment that all of us in the DMV are being able to come back together again, very emotional," Manocha said. "Today was an emotional day because we, for the first time in a year, launched something to the public that feels, it feels like we're building as opposed to having to deconstruct."

As you can imagine, concerts will look a bit different because...#COVID19.

I’ll have what you can expect on @wusa9 at 11. pic.twitter.com/u2zx0oIEmw

Crowds will look a bit different, however. The latest guidance from Virginia Gov. Ralph Northam allows for 50% capacity at outdoor venues with social distancing in place.

Manocha said before the pandemic, they could fit audiences of 7,000, but with the social distancing, they'll be offering spots for 1,600 initially.

Manocha also said tickets will not be sold individually for the June and July performance. Instead, they'll be sold in pods of two, four, six, and eight people that will be socially distanced from each other in the venue.

"The idea being, of course, that as you buy a pod, you'll know the people directly you know, adjacent to you, but you won't necessarily be sitting next to a pod of people that you don't know," he said. "There'll be six feet of distance between each of the pods."

He also said that they're doing away with General Admission for the lawn seating, and will be seating socially distanced pods of four people each on the lawn.

"While the pandemic was devastating for a period of time, when we look back 100 years from now, it will be an asterisk in the history book," Manocha said.

From Opera to Classical, Bluegrass to military bands, a variety of musical groups will hit Wolf Trap.

Below is a list of live music concerts that will be held at Wolf Trap this summer:

To learn more about these performances and the upcoming schedule, click here.