The tradition started in 1986, and Santa has been water skiing ever since. 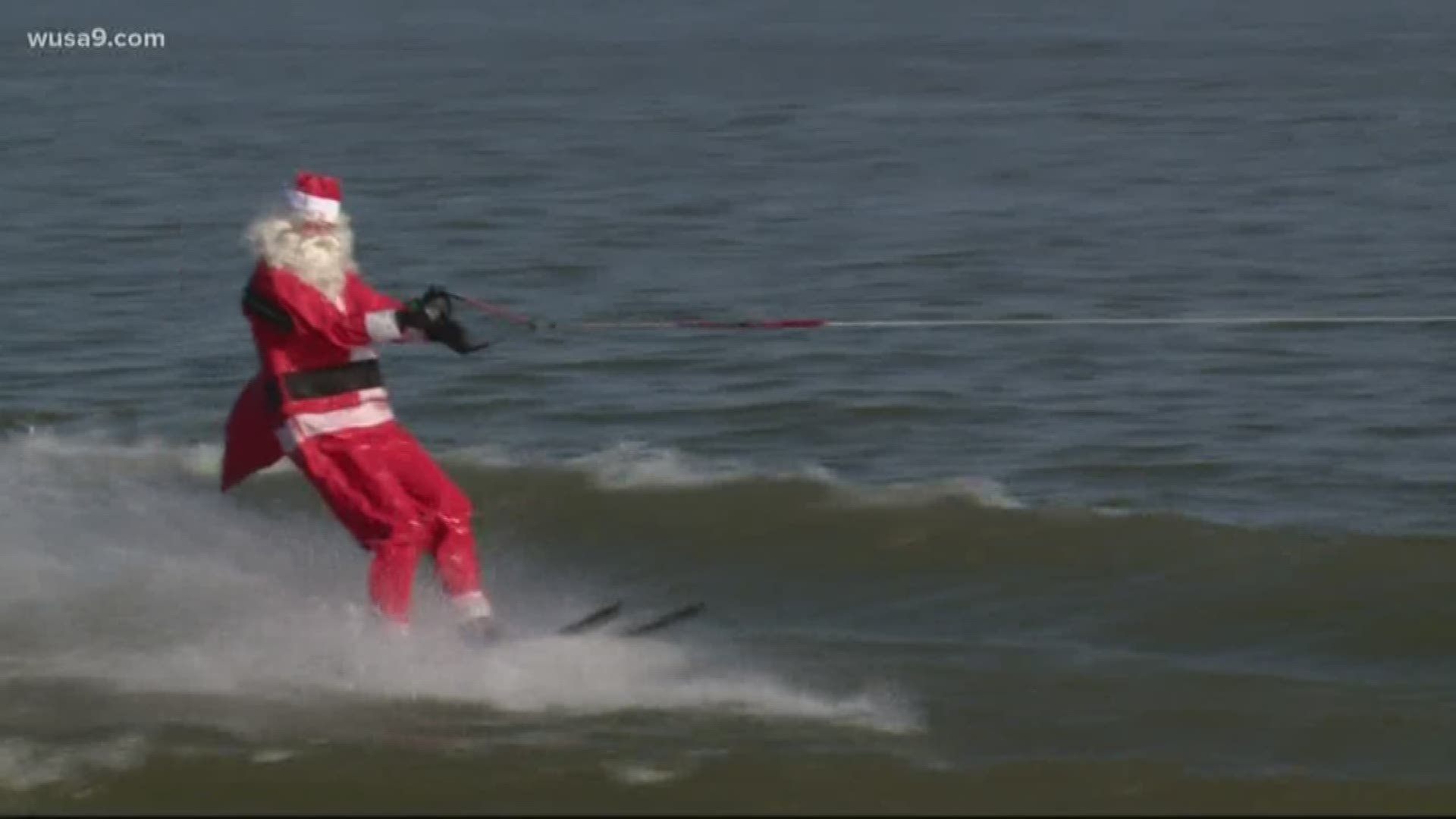 ALEXANDRIA, Va. — Water skiing Santa Claus is a tradition dating back to the 80s. In 1986, a group of friends drew straws, saying the loser had to ski in a Santa suit. The one who lost did, and the tradition carried on year after year.

Now, more than 30 years later, Santa Claus is strapping on some water skis to keep the tradition alive.

According to the Water skiing Santa website, the reasons Santa keeps skiing is simple: To continue the great tradition, to spread holiday cheer and to provide the community a completely "giving" act of kindness, "and nothing more."

The organization said good viewing locations are anywhere along Waterfront or King Street Park. The show starts promptly at 1 p.m. every year.

After the show, Santa Claus and his crew will greet families and children who came to watch the skiing extravaganza. Santa will be in the pavilion on the waterfront and behind the Torpedo Factory.

Santa won't have time to talk to everyone since the show takes place on Christmas Eve, but he and his crew are available to take pictures and greet children for a short while after he's finished on the water.

While Santa might not be available for a long time, his other friends will be around. The Grinch might make an appearance, depending on his mood.