A Jewish man living in Montgomery County decided to take advantage of his great beard and become Santa Claus. His wife signed on as his elf. 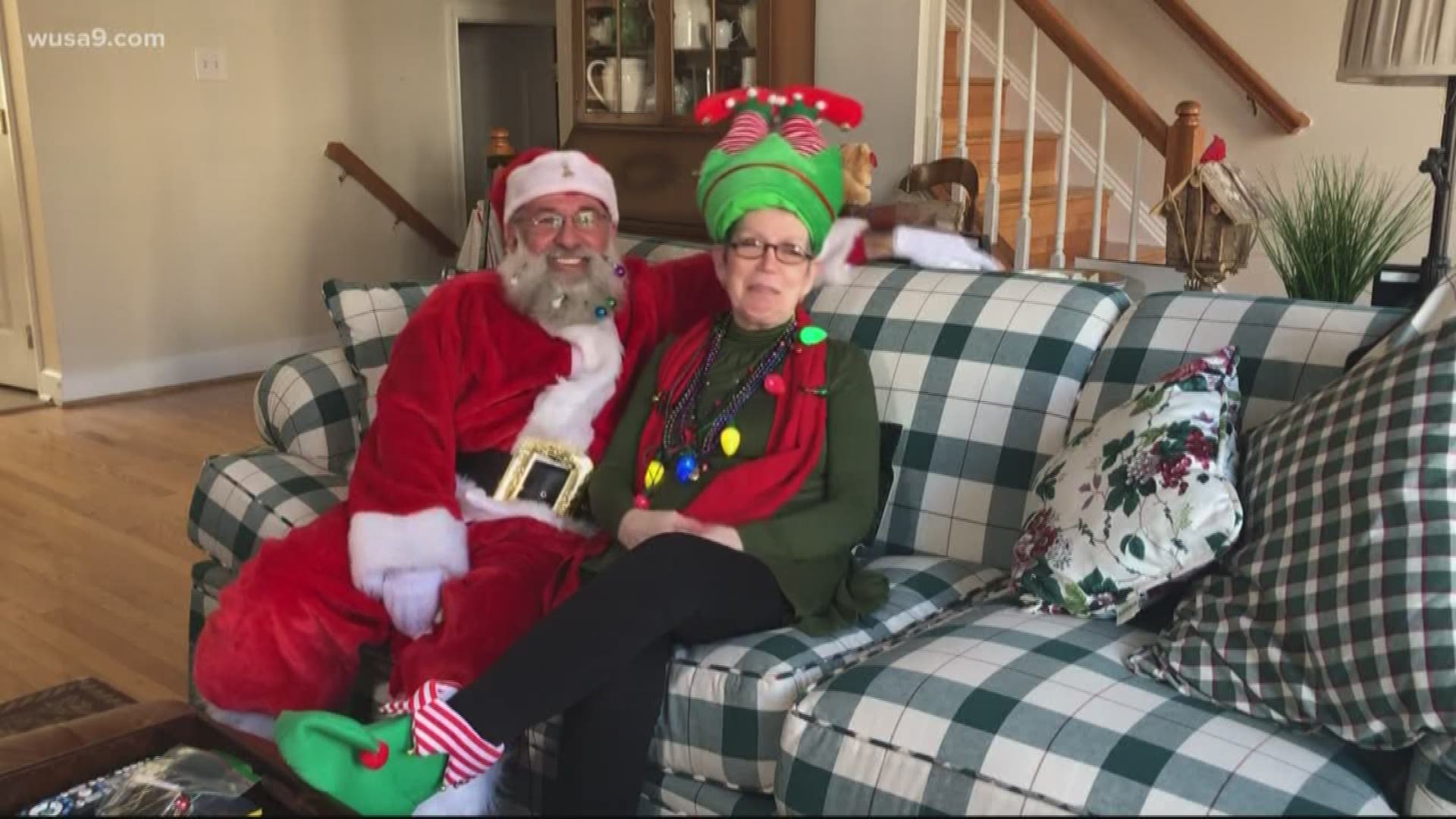 GAITHERSBURG, Md. — As people in the Jewish community have been getting ready for Hanukkah, one Maryland couple is preparing for Christmas...as Santa and his elf.

The Wally couple spent most of their lives in New York. After retiring, they decided to move closer to their grandchildren in Montgomery County.

Bernard Wally said he has always had a talent for growing a beard. One day, his grandkids and then his barber urged him to try growing it out full.

Bernard said their daughter immediately looked up Santa Claus University, and the couple booked a class -- graduating a couple years ago.

Credit: Ellen Wally
Bernard and Ellen Wally pose with their grandkids as Santa and his elf.

Bernard said they'll be volunteering at two shelters in D.C. this Christmas. The couple hopes to visit even more shelters next year.

RELATED: 'I want to stay healthy' | Virginia man asks for a new liver for Christmas