You're asking, and we're answering questions related to the state's move to marijuana legalization next week. 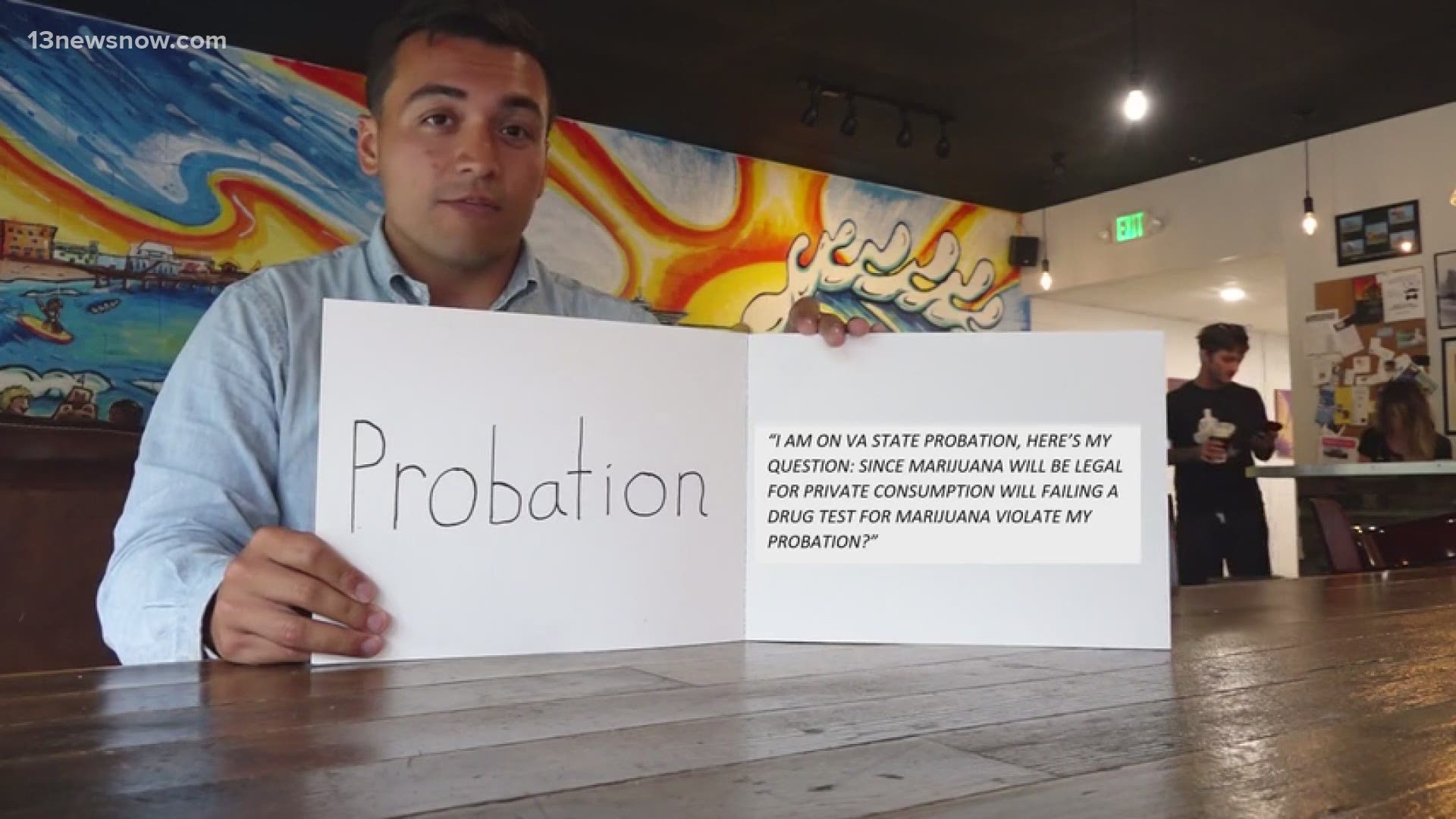 On July 1, simple possession and home cultivation become legal for adults 21 years and older. With it, comes a seemingly endless amount of information about the new rules and regulations going into effect.

Many viewers have messaged 13News Now about what the laws mean for Virginians out on parole and probation.

“I am on VA state probation, here’s my question: since marijuana will be legal for private consumption, will failing a drug test for marijuana violate my probation?" asked one viewer.

"Will Virginia's probation and parole now omit or exclude marijuana from their test panel due to legalization?" asked another.

For clarification, we turned to the legislative director of the ACLU of Virginia, Ashna Khanna, who explained why those Virginians will still need to be mindful of marijuana consumption regardless of when the calendar hits July 1:

"When we think about probation officers, probation and being let out: one thing we're trying to educate the public on is that marijuana is still being tested as an illegal substance. Don't get caught up in the framework now that it's legal if you're out and have certain probation terms, not to be smoking with the intention, 'Now that it's legal this won't impact me' or that there won't be repercussions."

Anyone with questions regarding legalization can text 757-628-6200, where we'll work to provide updates both on-air and online.