Adults over the age of 21 can legally possess up to an ounce of the soon-to-be legalized drug. 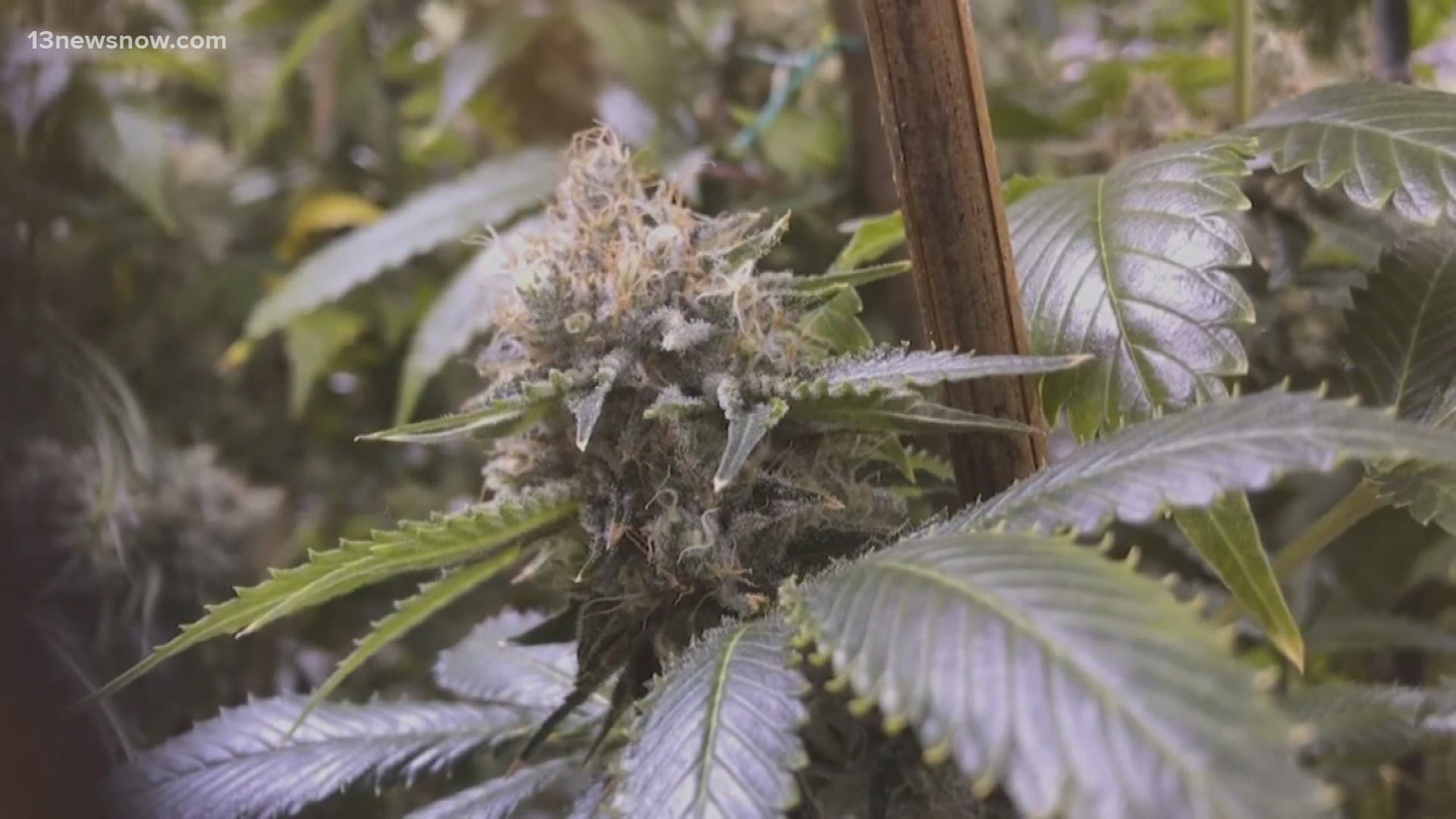 NORFOLK, Va. — A years-long effort to legalize marijuana in the state of Virginia hits a major milestone in less than a month.

Beginning July 1, Virginians over the age of 21 can legally possess up to an ounce of marijuana without fear of criminal or civil penalties.

Virginia's General Assembly passed legislation to legalize sales by the year 2024, and Gov. Ralph Northam soon after expedited the process to allow for legal possession before the year's end.

With the hopes of educating the public on what exactly to expect come July, the state launched a new resource tool to help citizens better understand the new law.

“The fact there were multiple versions of the bill that came out, different stories and different aspects, people need to know what’s actually going into effect," Del. Marcia Price told 13News Now Friday. Price was the patron for the House of Delegates version of the marijuana legalization bill.

The new website, cannabis.virginia.gov, is an information hub to answer any questions civilians might have about what is or isn't going into effect. It also outlines what aspects of the drug still need to be addressed in the coming years, and how people interested in getting in on the business-side of things can get involved.

“There were so many twists and turns, rewrites along the way even I have to remind myself of where we are," State Sen. Joe Morrissey told 13News Now, the incorporated chief co-patron for the Senate SB 1406.

Morrissey helped write the marijuana legalization legislation, and even he admits that parts of it are confusing since legalized sales are still years away.

But overall, both Price and Morrissey say that the tool is a useful resource for all Virginians, but not every question can be answered until the state's sales catch up with legalization.

“If I can grow four plants, where do I get the seeds to plant because it’s not legal to purchase them," Morrissey pointed out.