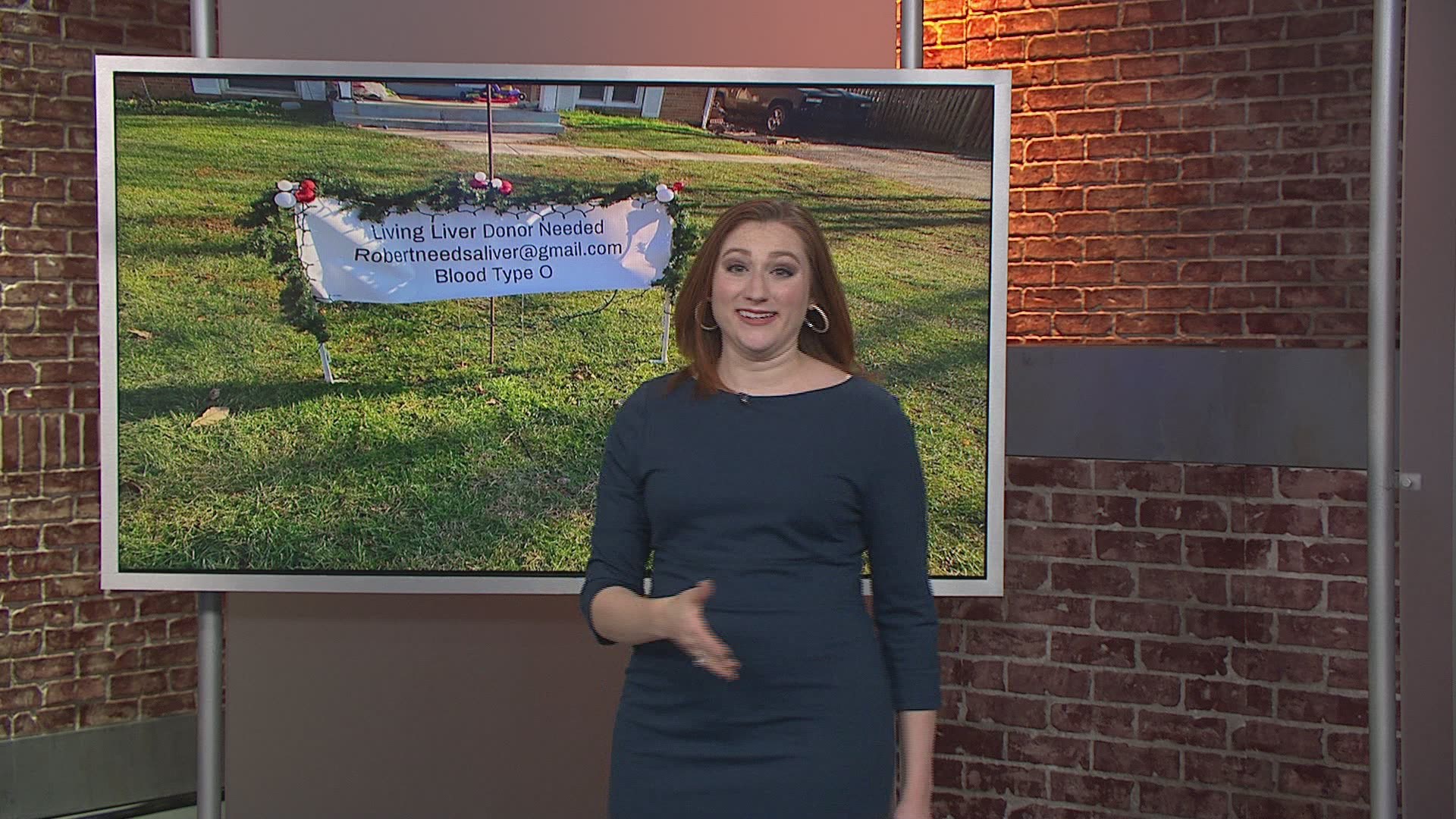 ASHBURN, Va. — UPDATE: Robert Chambliss was given a belated Christmas present on Feb. 6: the gift of a new liver. He is recovering after surgery at UVA Hospital, but his girlfriend reports he is "doing wonderful."

A northern Virginia man is asking for a life-saving gift for Christmas this year: a new liver.

Robert Chambliss has been advertising his request on signs, fliers, and even his car, hoping a living donor will respond saying he or she is willing to donate.

Now, he spends most of his time in his basement room, conserving what little energy he has left.

“I have a 10-year-old son, and he started playing baseball this year," Chambliss said. "I can’t even throw the ball with him.”

Chambliss said doctors broke the news that his liver was failing last year.

During that time, he has experienced major fluid build-up every couple of weeks of about 15 extra pounds, which he has drained regularly.

He said he has also changed his diet entirely, eating mostly fruits and healthy meals now.

That being said, he admitted that he played a role in his body's deterioration.

"I had a really rough period," Chambliss said, getting choked up. "Everything happened at once that I just gave up and just started drinking vodka all day every day…but I haven’t had a drink in about 18 months, and I went through a program, and I don’t want to drink again ever.”

Chambliss is on the waitlist for a new liver, but the cancer spot shortens how long he can last without a match.

"I’ll be dead by September without a transplant, so if I have to wait for the chemo, time’s up. My life is over," he said.

The approaching deadline pushed him and his friends to start asking for living liver donors. According to the American Society of Transplantation, after a piece of the liver is donated, the organ grows back to its full size. So, donors aren't losing a full organ.

With the hope of a donor on the horizon, Chambliss said the main thing he is looking forward to is just being healthy again and being able to play with his son.

"I want to stay healthy. I want to advocate. I want to help people that need a liver," he said.

Chambliss is searching for a donor with blood type O.

If you want to reach out to help, you can contact him at robertneedsaliver@gmail.com.

RELATED: 'There are no age requirements to make a difference' | 9-year-old runs for kids with cancer