Matteo Lambert has run more than 100 miles to raise money for kids with cancer. Now, he's starting his own organization. 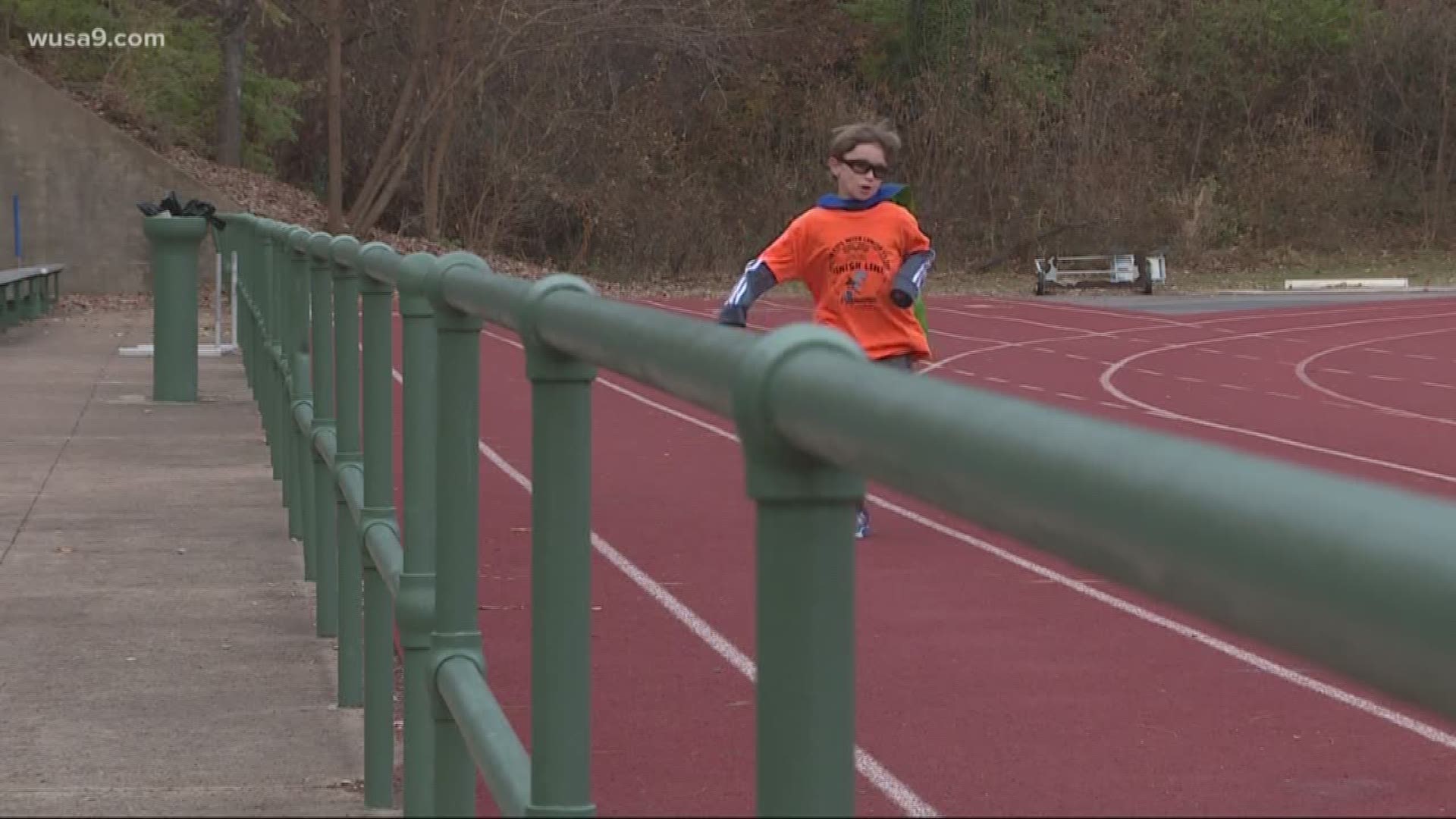 VIENNA, Va. — Nine-year-old Matteo Lambert may be small in stature, but he is determined to make a big impact--through running.

All year long, he has been lacing up the sneakers and tying on his cape to run 35 races--5ks and10ks--to raise money for kids with cancer.

"Running really wasn’t that hard," Matteo said. "And, it’s nothing compared to what kids with cancer experience."

He said his mission started after his dad connected with the founder of Hopecam, a nonprofit that provides webcams to child cancer patients to keep them connected to classmates and friends.

He figured it was a great opportunity to use his passion to help others.

"My goal was to run, originally it was 100 kilometers and $5,000, but…I decided to run more for 100 miles, because most people don’t appreciate what a kilometer is."

For those who fall in that category, 100 miles comes out to about 160 kilometers.

He quickly gained a large following (Facebook: Matteo Runs) and ended up raising more than $65,000 to date, and counting.

Now, he is starting his own organization to encourage others to help, too. He's calling it the Off the Charts Club, for two reasons.

The first reason, is the goal is to help kids get off their medical charts. Secondly, the name was inspired by this photo, showing that Matteo was so short, he was off the height chart at basketball tryouts.

Credit: Matteo Runs
Matteo Lambert was too short for the height chart at basketball tryouts, inspiring the name of his organization.

Matteo is working with the CORE Foundation to help get the nonprofit off the ground.

"CORE foundation fiscally sponsors volunteers in the community, volunteer leaders that have big hearts and big ideas," Executive Director Taralyn Tharp Kohler said. "And Matteo really mirrors that with his vision and values.

Matteo said his primary value is to prove "there are no age or size requirements to make a difference."

Matteo shows no sign of slowing down as he works to help even more kids.

"I want kids with cancer to feel good and not alone, and know that I have their back," he said.

RELATED: 'Beat ya feet' to keep kids off the streets: DC dancer inspiring his community