The family and supporters held a vigil at the Lincoln Memorial Sunday two years after their son was shot to death by park police officers. 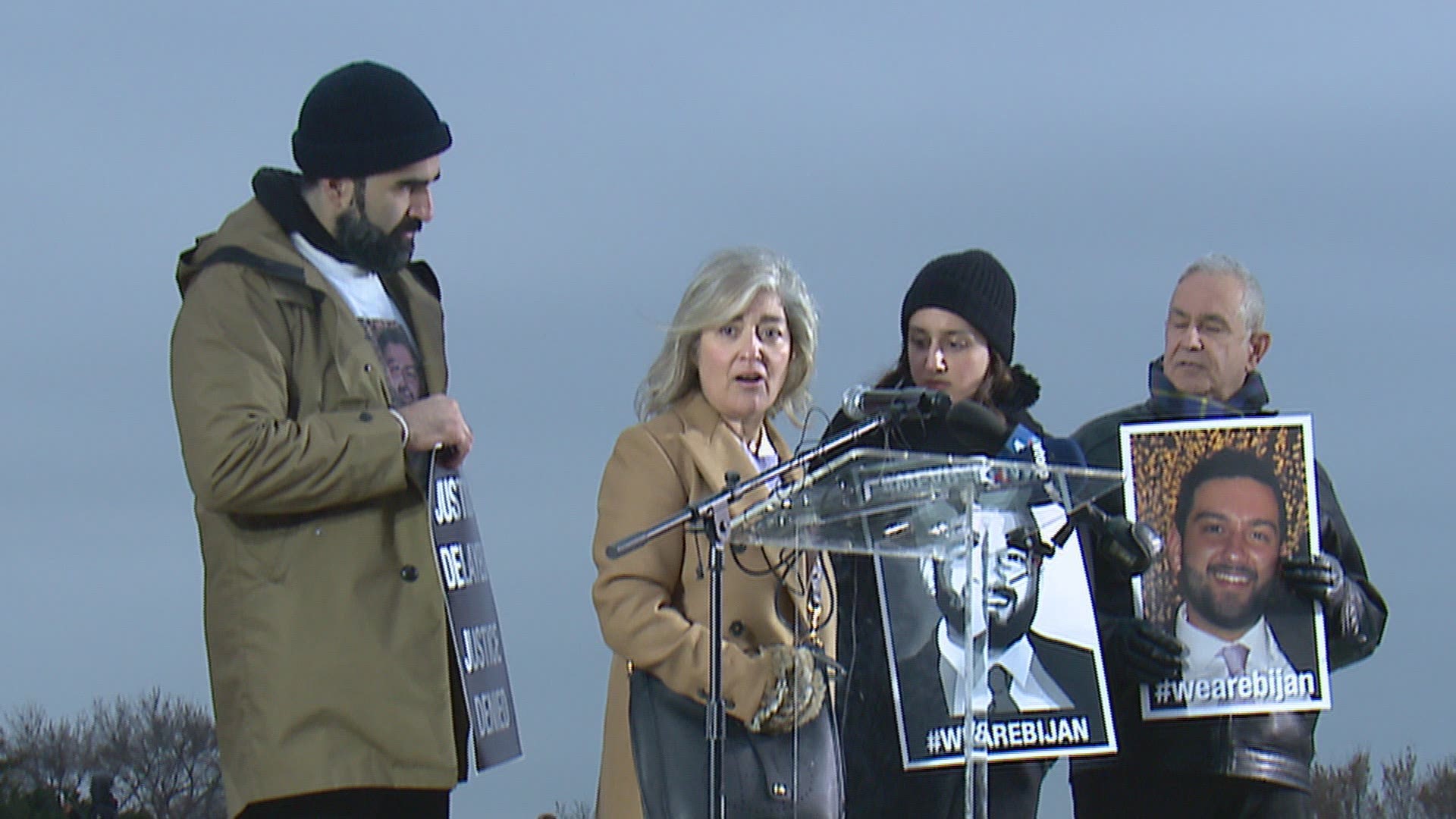 WASHINGTON — The family of Bijan Ghaisar renewed their call for justice at a vigil Sunday on the two year anniversary of his death.

"You have murdered Bijan," his sister, Negeen Ghaisar said at the vigil, speaking directly to the federal government. "You have repeatedly killed our family."

Police said he had gotten into a fender-bender on the George Washington Parkway, in which he was the victim. Reports said he drove away and was then pursued by park police and Fairfax County Police.

They reportedly stopped him twice, and the second time he tried to drive away, police shot him.

The Department of Justice said he died 10 days later in the INOVA hospital.

Credit: WUSA 9
Photo provided by the family of 25-year-old Bijan Ghaisar, who was killed by two U.S. Park Police Officers in 2017.

"There is a big hole in my heart for the rest of my days," his father, James Ghaisar, said.

Bijan was reportedly unarmed, but in Officer Lucas Vinyard's response to a lawsuit, he said "his injuries were the result of his own intentional, illegal, and/or otherwise wrongful conduct."

On Thursday, the Department of Justice announced that it would not pursue charges against officers Lucas Vinyard and Alejandro Amaya.

"I found out on Twitter, and my dad found out in the elevator when he picked up the phone to a reporter to ask his opinion about it," Negeen said.

“In my optimistic mind, and in respect for the law and how the justice should work, this was a slap on my face," his father said.

The DOJ said there is insufficient evidence to prove beyond a reasonable doubt that the officers willfully violated a federal criminal civil rights statute, and it's unable to disprove the officers' claims of self-defense.

“They don’t owe us anything apparently," Bijan's sister said. "But, that’s just one step of this. Virginia can charge them with murder. The park police can fire them. There can be other disciplinary action, and we will fight until the end of time for reform to make sure that this does not occur for other people and other families.”

The Ghaisar family also has a pending wrongful death lawsuit against the two officers, who have claimed self-defense.

"We need some kind of closure, and how can you kill someone and just walk?" Bijan's father said.

Multiple senators have expressed outrage at the speed of the investigation and the transparency. Some told WUSA 9 Friday that they plan to demand a formal briefing on Capitol Hill from investigators within the next 30 days.