Trees fell on cars and homes in the area, but there have been no reports of injuries. 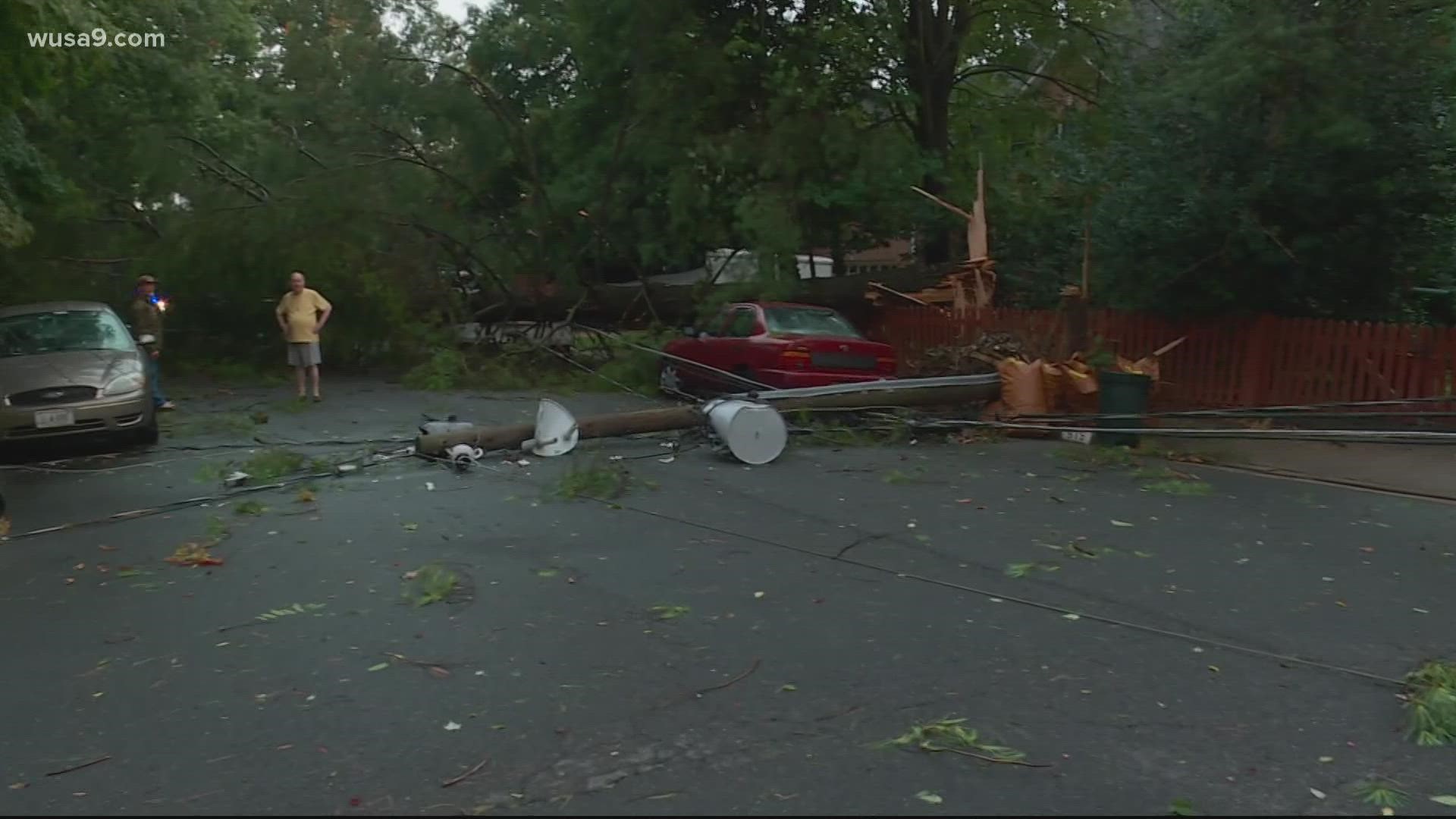 FALLS CHURCH, Va. — Many people in Falls Church are cleaning up after strong storms damaged neighborhoods across the community Tuesday.

As of Wednesday morning, crews are at the scene of reported downed trees and wires on Virginia Route 7 between George C. Marshall Drive and Dominion Drive in Falls Church, Fairfax County Police said.

The storms, which occurred around 5 p.m. Tuesday, felled numerous trees along Oak Street and Lincoln Avenue in the city.

The extreme weather also left thousands of people without power.

Locals described the storms as intense with dark clouds and heavy rains pounding the area.

Falls Church resident Tom Karnis said his car was crushed by a falling tree during the weather event.

“I was inside and, all of a sudden, I heard [something like] a large aluminum can get crushed and I’m like, ‘that’s not good’,” he said.

Another tree fell on top of a house three blocks down from Karnis’ property. Neighbors say no one was hurt in the incident.

Thousands of people remained without power in the Falls Church area alone as of early Wednesday morning, according to utility company Dominion Energy.

One local resident told WUSA9 she planned to spend the night in a local hotel due to the hot conditions in her powerless home.

RELATED: Heat Advisory Wednesday with the heat index near 105 and near 110 Thursday. Here's your forecast