Hundreds of residents trapped, roads shut down due to giant sinkhole in Manassas Park

One car was washed away downstream due to heavy floods in the area. 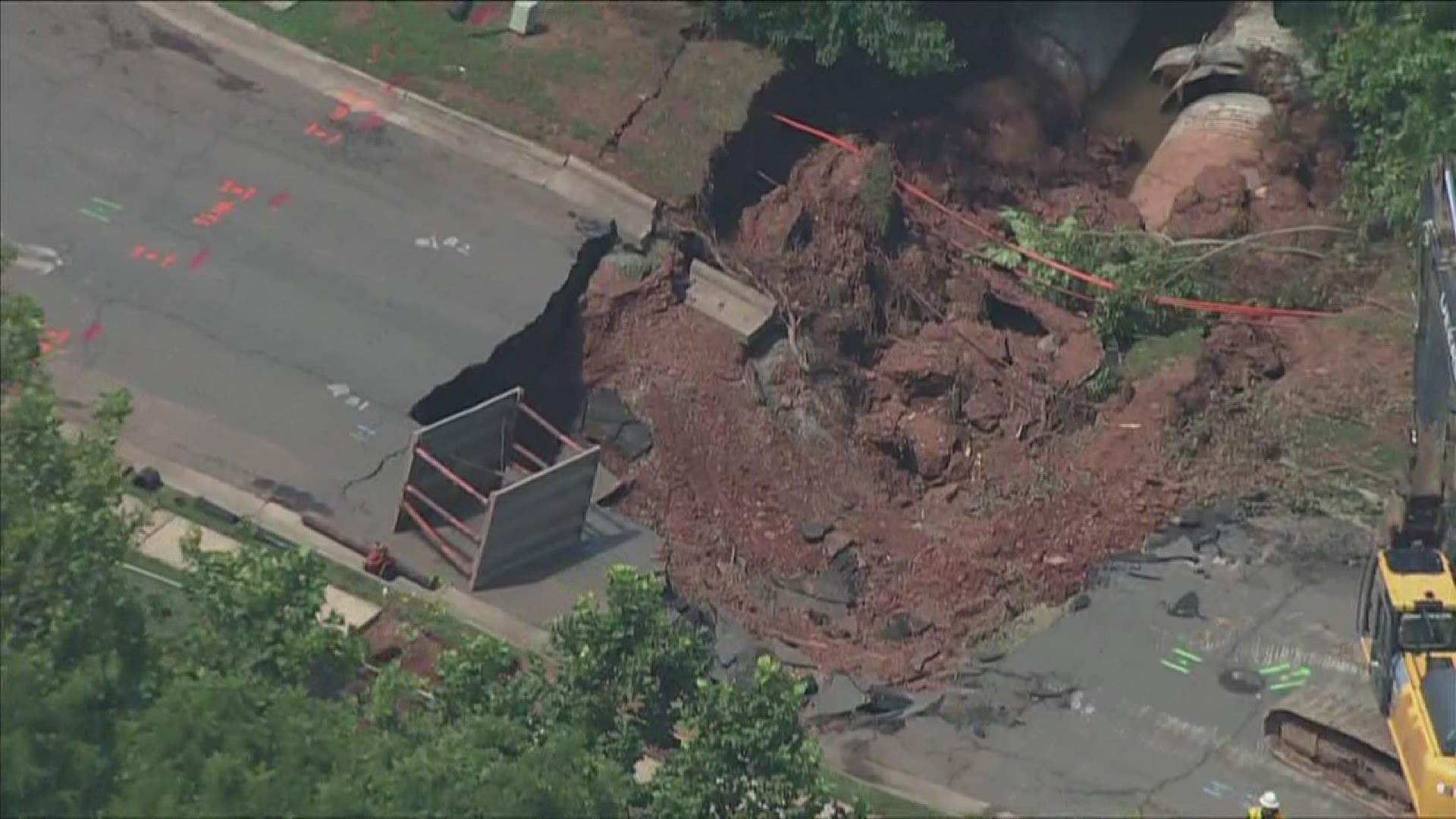 MANASSAS PARK, Va. — About 400 residents in the area of Moseby Drive in Manassas Park can't get out of their community Wednesday due to a road collapse caused by severe weather, Manassas Park officials said.

The double-barrel sinkhole is located at the intersection of Moseby Court and Moseby Drive. This is near the Manassas Park Police Department.

Just after 4 a.m. Wednesday, an officer on patrol in the area noticed a downed tree and flooding on the roadway, police said. The officer later realized that the downed tree was caused by flooding and the road had been compromised. Police said a nearby creek washed the roadway out.

Crews are at the scene assessing the damage and working to fix the issue. The sinkhole is still widening and there is still an active collapse, police said.

There are about 80 townhouses and 16 condominiums in the Moseby Ridge Development, police said. Resident cars were parked along Moseby Drive and crews have had to tow away a few cars out of the area. One vehicle was washed downstream due to heavy floods. No one was in the vehicle, officials said.

Public Works crews are working to get building materials to create a temporary roadway to allow residents to get in and out of their neighborhood. Officials hope to have the new access road finished by this evening. Water is still flowing and electricity is still on for the residents in the area.

Here’s a look at the massive sinkhole from the ground in Manassas Park. @wusa9 pic.twitter.com/Y0BuTt1Xbf

At this time, firefighters and EMS are near the scene to assist residents in the case of an emergency.

There are no reported injuries, officials said.

Residents can call the city hotline at 703-361-1136 for more information on repairs.

The Manassas Park area was hit with heavy downpour and storms early Wednesday morning. There is a Flood Warning in effect in the area until 10 a.m., including Prince William County, Fairfax County and Manassas City.

Drivers are urged to avoid the area and seek alternate routes.

A Flash Flood Watch was also issued for the DMV area east of Interstate 81 until 11 p.m. We can expect showers and strong storms with gusty winds and heavy downpours. More thunderstorms will move through the region by this afternoon. 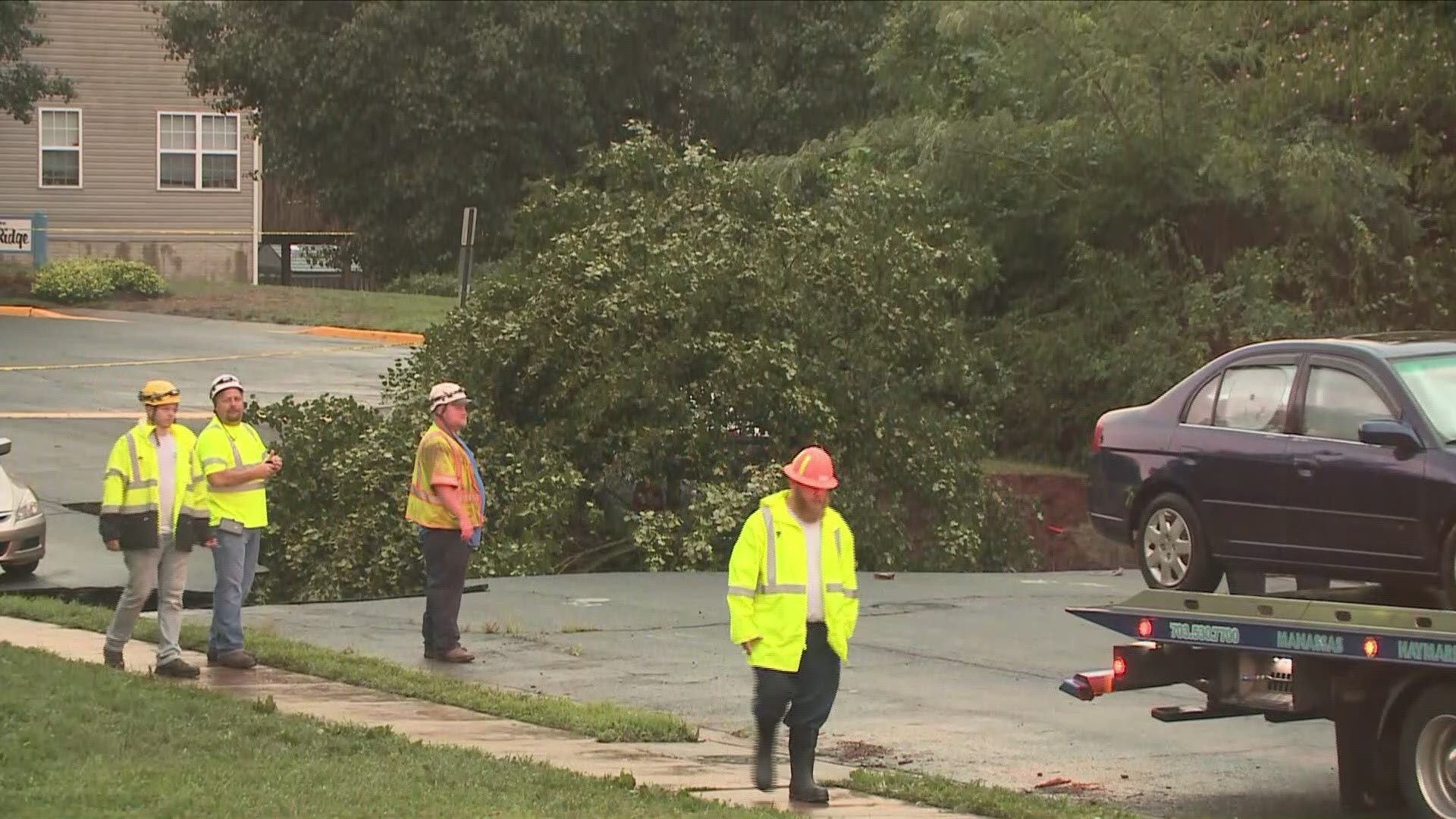