The zoo made the announcement of its reopening on Facebook, stating the walk-through zoo and drive-through safari will fully reopen Tuesday. 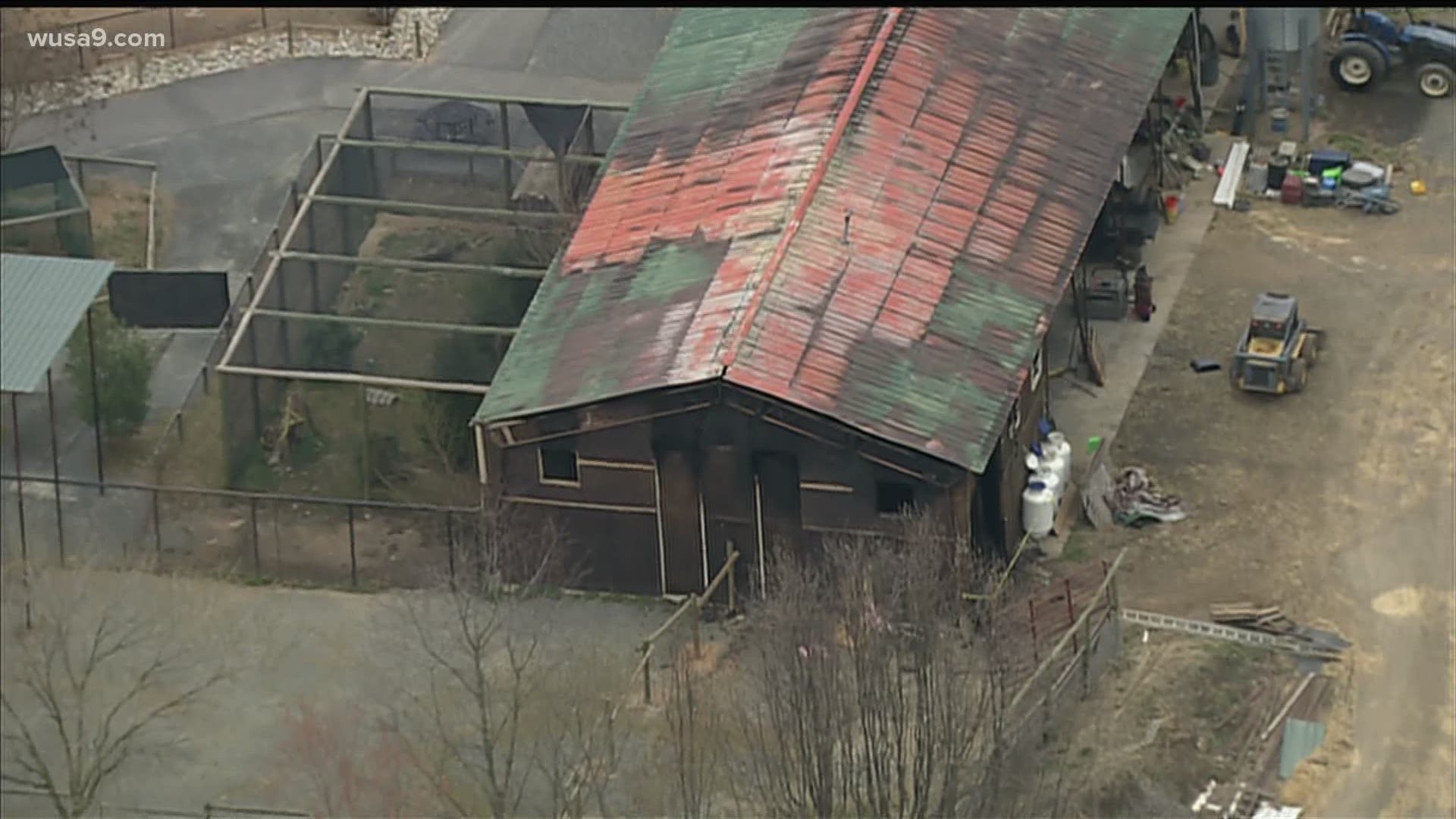 RESTON, Va. — Roer’s Zoofari has officially reopened to the public a little over a week after a deadly fire that killed two giraffes, including its well-known giraffe, Waffles.

The zoo made the announcement of its reopening on Facebook, stating the walk-through zoo and drive-through safari will fully reopen Tuesday.

Just last week, Waffles, along with another giraffe, died in a barn fire at the Zoofari, according to Fairfax County Fire/Rescue. No other animals were hurt in the fire.

In a photo released on Twitter by Fairfax County Fire/Rescue, flames could be seen coming from the roof of the barn. The exact cause of the fire is still under investigation, but in a statement last week, the staff at the zoo said they believe the fire came from a radiant heater used to keep the animals warm during cold temperatures overnight.

Units are currently on the scene of a barn fire in the 1200 block of Hunter Mill Rd in Reston.
First arriving reported fire from the roof and on two floors of a 2-story barn. Unknown at this time if any animals in barn. Hunter Mill Rd/Cobble Mill Rd closed. Avoid area. #FCFRD pic.twitter.com/HjjvvP4bTa

The community of Reston reacted to the loss of the two beloved giraffes by leaving flowers and balloons at the zoo last Tuesday. Staff at the Fairfax County zoo created a small memorial outside of the entrance, but the memorial slowly grew throughout the day as fans of the giraffes expressed their memories of visiting the site.

"I was distraught," resident Camille Headen said. "He was like the sweetest little animal I've ever met in my life."

Headen said recently she'd been visiting Waffles almost every month. Hundreds of people flooded the zoo's social media pages sharing their fond memories of Waffles. The 7-year-old giraffe was known to have a wagging tongue.

"I know what Waffles meant so much to so many people and so many children in our community," owner Vanessa Roer tearfully said. "I know we're grieving together and we'll get through this together."