Wexton said in a tweet that 'were he not a sitting president' Donald Trump would be indicted for obstruction of justice. 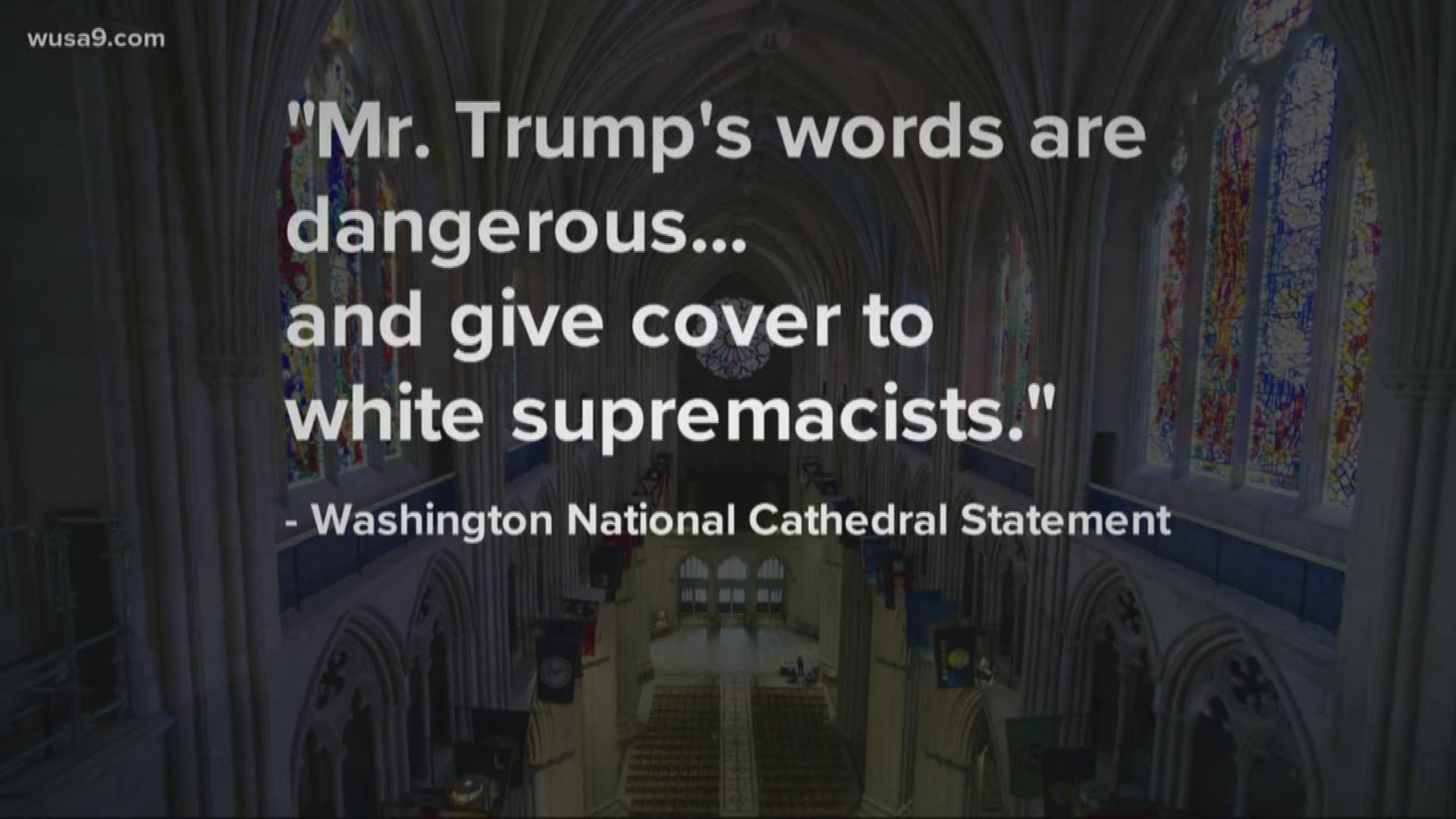 WASHINGTON — Representative Jennifer Wexton (D-Va.) joined a growing chorus of Democrats on Tuesday in calling for the House to open an impeachment inquiry into President Donald Trump.

“I did not run for office with the purpose of impeaching the president, but I did take an oath to uphold and defend the Constitution,” Wexton wrote.

RELATED: 'Have we no decency?' | National Cathedral blasts Trump in scathing statement after his attack on Baltimore

While President Trump has been under fire most recently for comments attacking Democratic Rep. Elijah Cummings, the chairman of the House Committee on Oversight and Reform whose district includes the city of Baltimore, Wexton said it was last week’s testimony by former special counsel Robert Mueller, and the contents of his report into election interference, that convinced her.

“As a former prosecutor, it is clear to me given the conduct by the president detailed in the Mueller Report and Director Mueller’s recent testimony before Congress that – were he not a sitting president – Donald Trump would be indicted on charges for obstruction of justice,” Wexton said.

RELATED: Mueller says Trump could be charged with obstruction after leaving office

Wexton served as an assistant commonwealth’s attorney from 2001 to 2005. She was elected to Congress in November, defeating Republican incumbent Rep. Barbara Comstock to help Democrats regain control of the House.

Also Tuesday, D.C. Delegate to the U.S. House of Representatives Eleanor Holmes Norton said she is now supporting of an impeachment inquiry as well. Norton had previously described the effort as "futile," and said it was squandering Democrats' first House majority in eight years. While Norton may vote in committee, she would not be able to participate in any full impeachment vote on the House floor were it to reach that point.

Wexton and Norton join more than 100 House Democrats now pushing for an impeachment inquiry into the president, including two other representatives from the DMV:  Maryland Rep. Jamie Raskin (D-Md.) and Virginia Rep. Don Beyer (D-Va.).

In a statement released May 21, Beyer said Trump had “left Congress no other option” but to pursue impeachment.

“President Trump has shown utter contempt for the Constitution from the moment he took office, but we are now faced with evidence of actions that strongly resemble high crimes and misdemeanors,” Beyer wrote. “The behavior repeatedly identified in the redacted Mueller Report meets every standard for the classification of ‘obstruction of justice’ of which I am aware. He has compounded that fact by engaging in escalating, illegal stonewalling of Congress as my colleagues and I have attempted to engage in oversight, a primary responsibility of the legislative branch under the Constitution.”

Rep. Justin Amash (R-Mi.) is so far the only Republican member of the House to call for Trump’s impeachment. Amash has said he plans to run for reelection as an independent in 2020.

Wexton represents Virginia’s 10th Congressional District, which includes all of Clarke, Frederick and Loudoun Counties, as well as parts of Fairfax and Prince William counties.