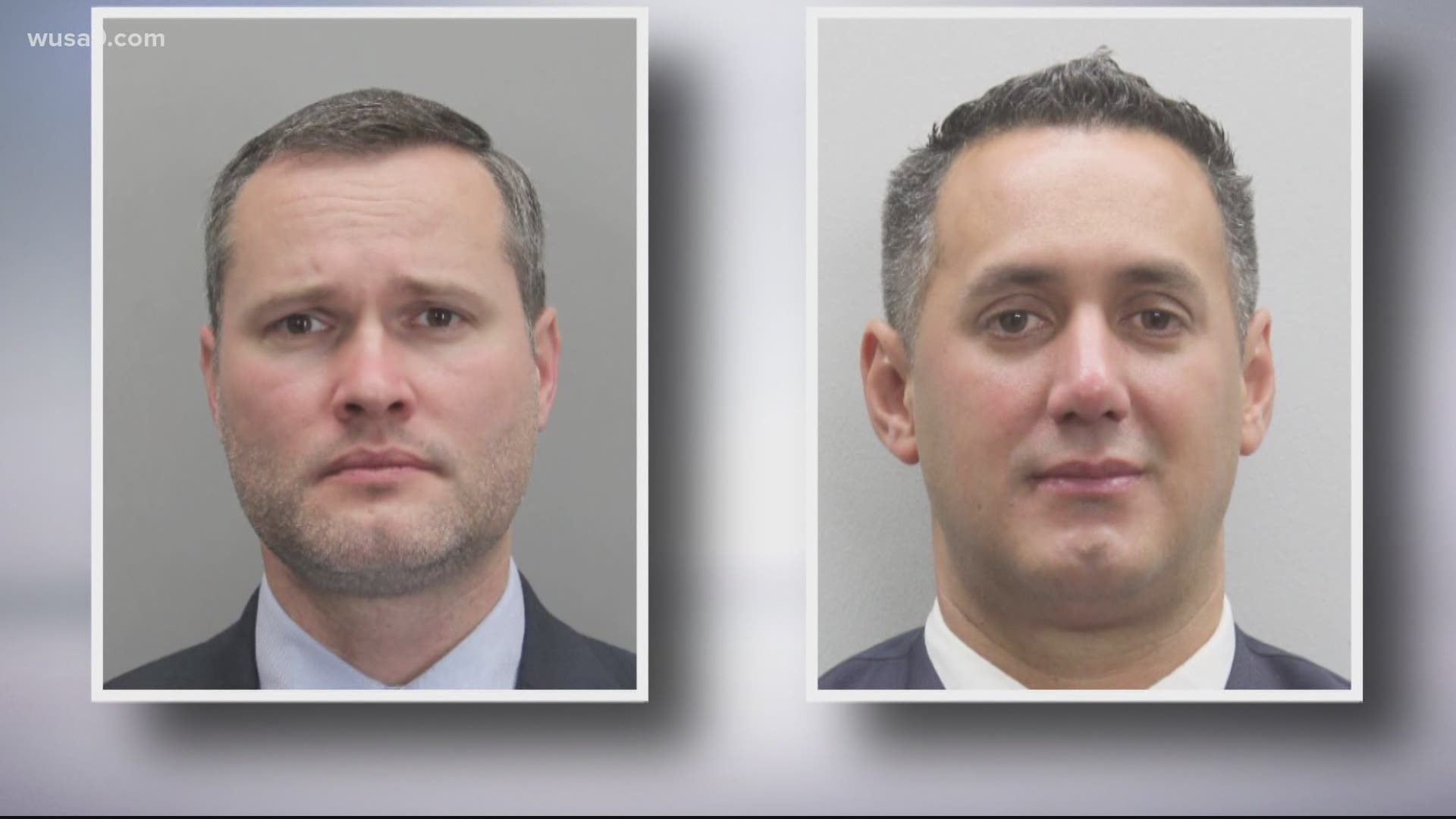 FAIRFAX COUNTY, Va. — A judge has ruled that Fairfax County's case against two U.S. Park Police officers charged in the shooting death of 25-year-old Bijan Ghaisar - who were scheduled to go on trial in May - will be moved to federal court.

USPP officers Alejandro Amaya and Lucas Vinyard faced Ghaisar's family for the first time since the shooting during a hearing Friday morning at the U.S. District Court in Alexandria. The officers' cases lay dormant in the court of Senior U.S. District Judge Claude M. Hilton in Virginia for several months after both Amaya and Vinyard first requested that it be heard in federal court rather than state court.

On Friday, Hilton ruled in favor of the officers.

The unarmed Ghaisar died after being shot multiple times by Amaya and Vinyard on Nov. 17, 2017. Vinyard and Amaya face up to 15 years in prison if convicted of the charges.

Both Amaya and Vinyard declined to comment on the result of the hearing, but WUSA9's Michael Quander spoke Ghaisar's mother, Kelly Ghaisar.

"They are the ones who terrorized my son," she said. "They are the ones when he was bleeding and his car was in the ditch, they kept shooting at his head still. So I don't know how I can explain how a human would feel. No one has cared for the truth or justice. All we have heard is delay, lies and coverups."

Amaya and Vinyard will be back in court on May 14. Though the case will now be heard in a federal venue, it will still be heard by Judge Hilton and argued by the state of Virginia.

Back on Oct. 19, 2020, both Amaya and Vinyard surrendered to police in Fairfax County earlier that morning. The two officers were to be arraigned around 10 a.m. but following the arraignment, the officers were released on bond. The Commonwealth’s Attorney’s Office called for conditions on their release as they awaited trial.

Just a week prior to their arrest, the two officers were charged with involuntary manslaughter and reckless handling of a firearm.

“Our heavy hearts are a little lighter tonight knowing that the police officers who murdered our son and brother are closer to being held accountable for what they did," the Ghaisar family said in an October 2020 statement. "Too many of the people who are sworn to protect and serve our communities commit heinous acts of violence and go unpunished. With these charges we are reminded that, at least here in Fairfax County, Officers Alejandro Amaya and Lucas Vinyard are not above the law."

During a press conference on Oct. 15, 2020 announcing the indictment, Fairfax County Commonwealth Attorney Steve Descano said he had spoken to the Ghaisar family prior to the conference.

"I'll tell them now what I told them before," Descano said. "It has been a long road, but be confident that my office is fighting ... for justice for your son and we are in this fight for the long haul."

Officials said Ghaisar had gotten into a fender-bender on the George Washington Parkway in Alexandria the night of Nov. 17, 2017. They said he was not at fault for the accident, but he left the scene.

Police said the two U.S. Park Police officers followed Ghaisar and pulled him over. Video released by the Fairfax County Police Department shows that Ghaisar took off and stopped two more times before the officers fired nine shots into his car.

The DOJ said those shots ended up killing him. Police said Ghaisar was unarmed and had no drugs in his car.

Both Amaya and Vinyard have claimed self-defense in response to the family's wrongful death lawsuit.

In 2019, the Washington Post reported that Fairfax County prosecutor Raymond F. Morrogh tried twice recently to get charges filed, but a letter from Sens. Mark Warner (D-VA) and Chuck Grassley (R-Iowa) revealed it wouldn't happen again in 2019 because of the time left in the year.

"Based on the information available at this time, the Department cannot prove, beyond a reasonable doubt, that the two USPP officers committed willful violations of the applicable federal criminal civil rights statute when they shot Mr. Ghaisar," the Justice Department said in a press release.

Morrogh said in December 2019 that an attempt to present the case to a grand jury was delayed pending the D.C. U.S. attorney's approval of FBI testimony.