The Gold Star Families Memorial was unveiled on September 11. 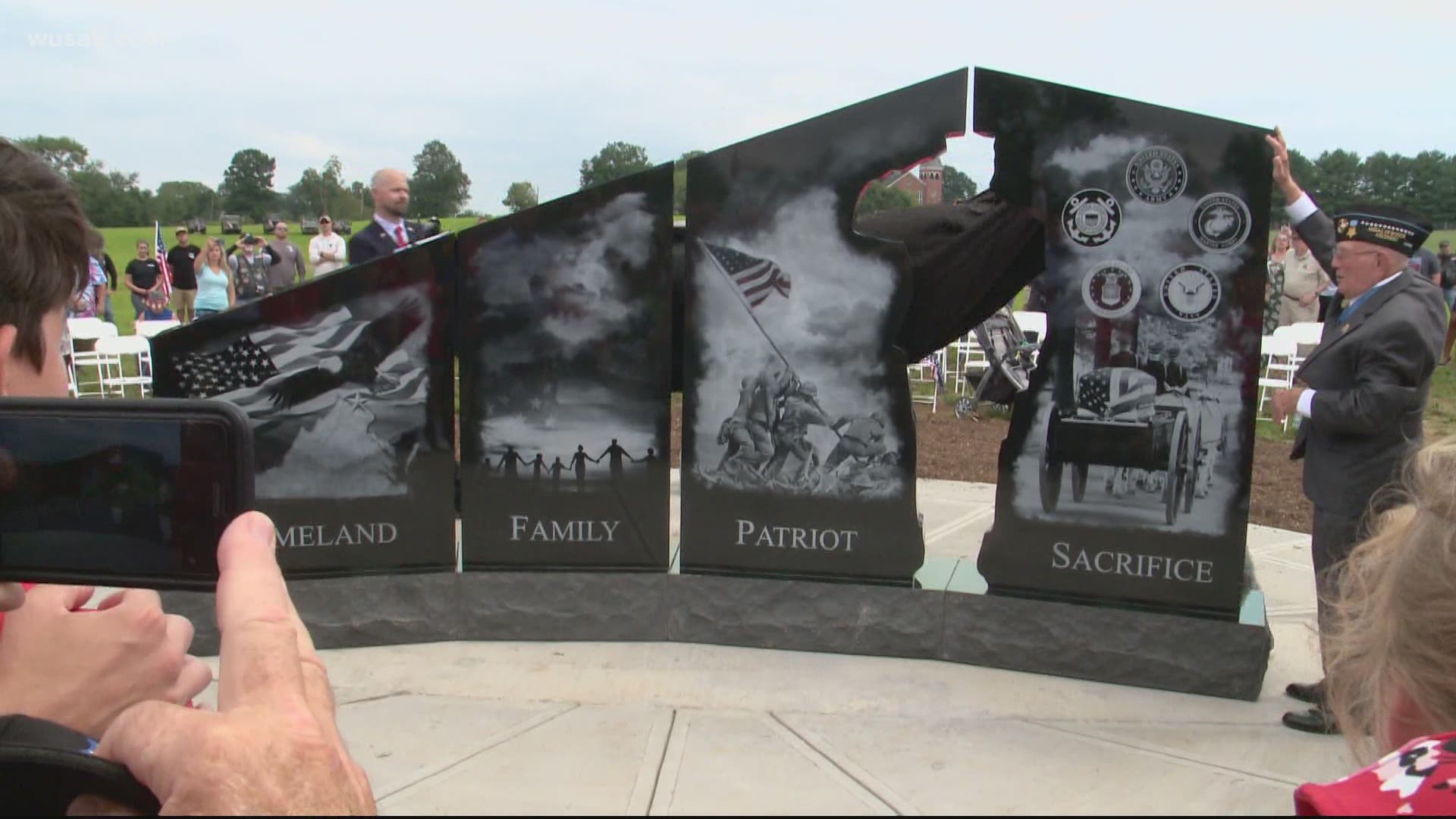 LOVETTSVILLE, Va. — A Gold Star Families Memorial, honoring the families of who served in the U.S. military, was unveiled Friday in Lovettsville, Virginia, by One Family Brewing and The Hershel Woody Williams Medal of Honor Foundation.

A Gold Star family refers to the immediate family members of a service member who died while serving in a time of conflict.

One Family Brewing said they raised over $50,000 for the memorial over the last 14 months through private donors, craft beer sales and events. The self-described farm brewery also launched an IPA called “The Fallen,” with labels featuring the names of more than 50 people who died while on active duty, as well as veterans who died by suicide after suffering from PTSD.

“Our goal at One Family Brewing is very simple,” David Keuhner, founder of One Family Brewing Company, said. “Make great craft beer, partner with world class people and companies while giving back to our community and families in need. We only work with people and organizations that … want to be a part of something bigger than themselves.”

There are currently 64 Gold Star memorial monuments throughout the country established by the Hershel Woody Williams Medal of Honor Foundation, which is a charitable nonprofit organization that aims to build as many monuments as possible in all 50 states. The Foundation also conducts outreach and provides scholarships to children of Gold Star families.

Hershel “Woody” Williams, born on a dairy farm in West Virginia, of is the last surviving Medal of Honor recipient from Iwo Jima. He joined the United States Marine Corps in 1923 and was awarded the Congressional Medal of Honor from President Truman in 1945.