Police are asking the community for help in their investigation of a series of burglaries in Northern Virginia. 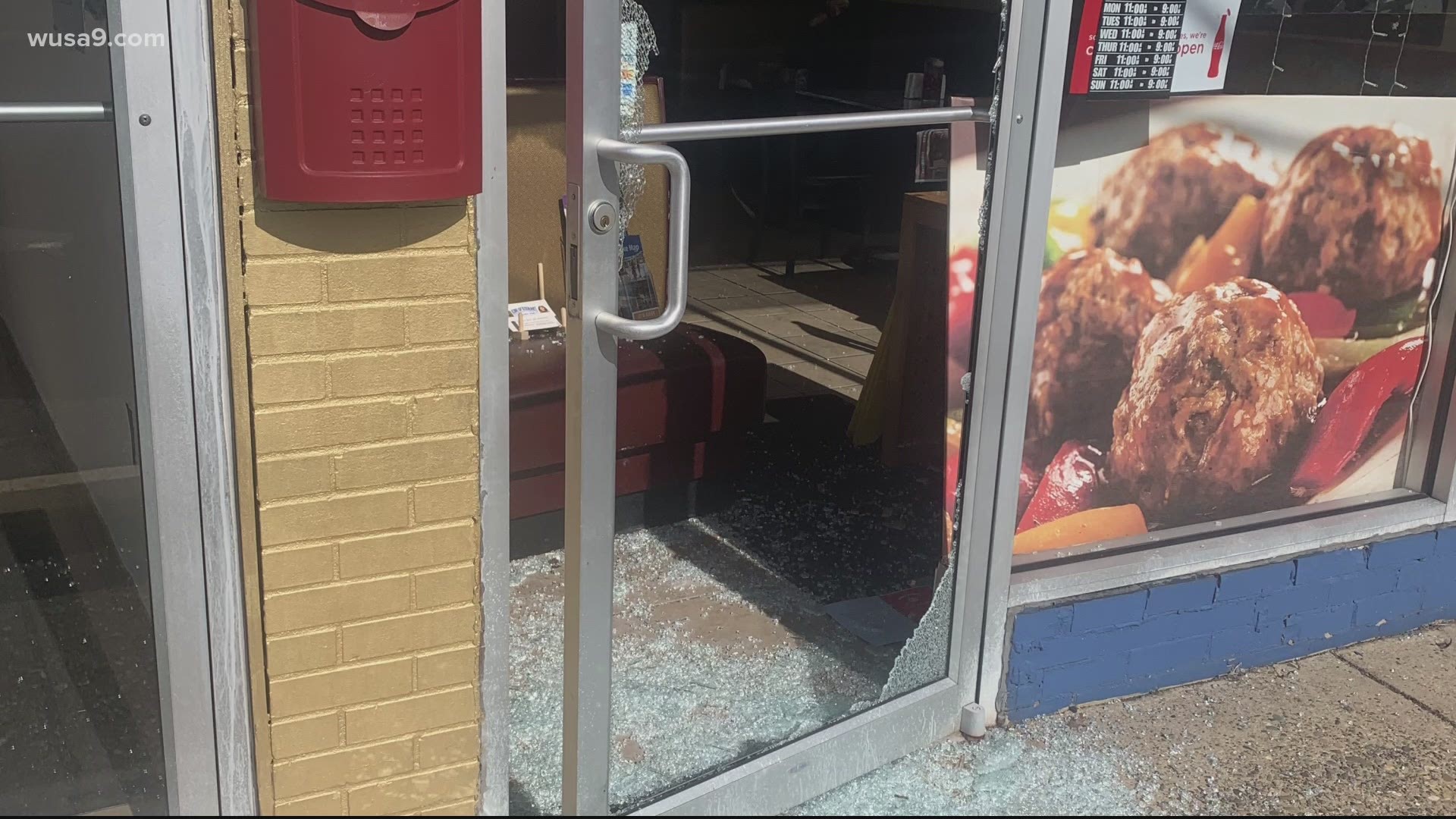 Around 4 a.m. on Wednesday, four suspects broke into 3 minority-owned businesses on Wilson Boulevard. With a smashed door, and stolen goods King of Koshary felt the brunt of it.

“I was shocked to be honest,” said Ayob Metry, owner of King of Koshary.

“The whole register, the iPad, the square scan, all of this was missing,” Metry said.

Jose Zelaya has owned the Mexican restaurant La Union for 21 years. Aside from a random car break-in, he said he’s never experienced any crime like this.

#TONIGHT : The latest in a series of burglaries in Arlington County impacted 3 minority small business owners on Wilson Blvd. Tonight at 7pm on @wusa9 #TheQandA hear from them and @ArlingtonVaPD about the latest in the investigation. pic.twitter.com/Ig8wGYGALW

“We looked at the surveillance video and we saw four perpetrators/suspects walk into the restaurant, broke the front glass/front door and they walked to the cashiers' area and to the register,” Zelaya said.

Arlington County Police say there have been 19 burglaries this year. That’s 5 more than the same time last year.

She says while they haven’t apprehended anyone in connection to these burglaries surveillance cameras have been helpful to the investigation.

While all three businesses that were burglarized on the 5100 block of Wilson Boulevard are minority-owned, Arlington County Police didn’t confirm whether race was a motivator for these crimes.

“At this point, the investigations indicate that these individuals who are committing these offenses are focused on the goal of getting cash,” said Savage. “They're really targeting these small businesses where they believe that cash may be on hand.”

For a one-year-old business like Metry’s, he says this incident on top of the pandemic has been a major financial burden for his family.

“I don't want to give up, you know, I put my car for sale I sold a lot of stuff just to keep this place because I still believe in it,” said Metry.

Arlington County Police advise small business owners not to keep cash on hand overnight and to bolt down their registers. For people that live near commercial districts like this one, they’re asking neighbors to keep an eye out for people lingering outside of these businesses at night and to report any sounds of glass breaking or forced entry to the police.