The current average price in Virginia is $.2.94, 23 cents higher than last month, but a penny less than last week. 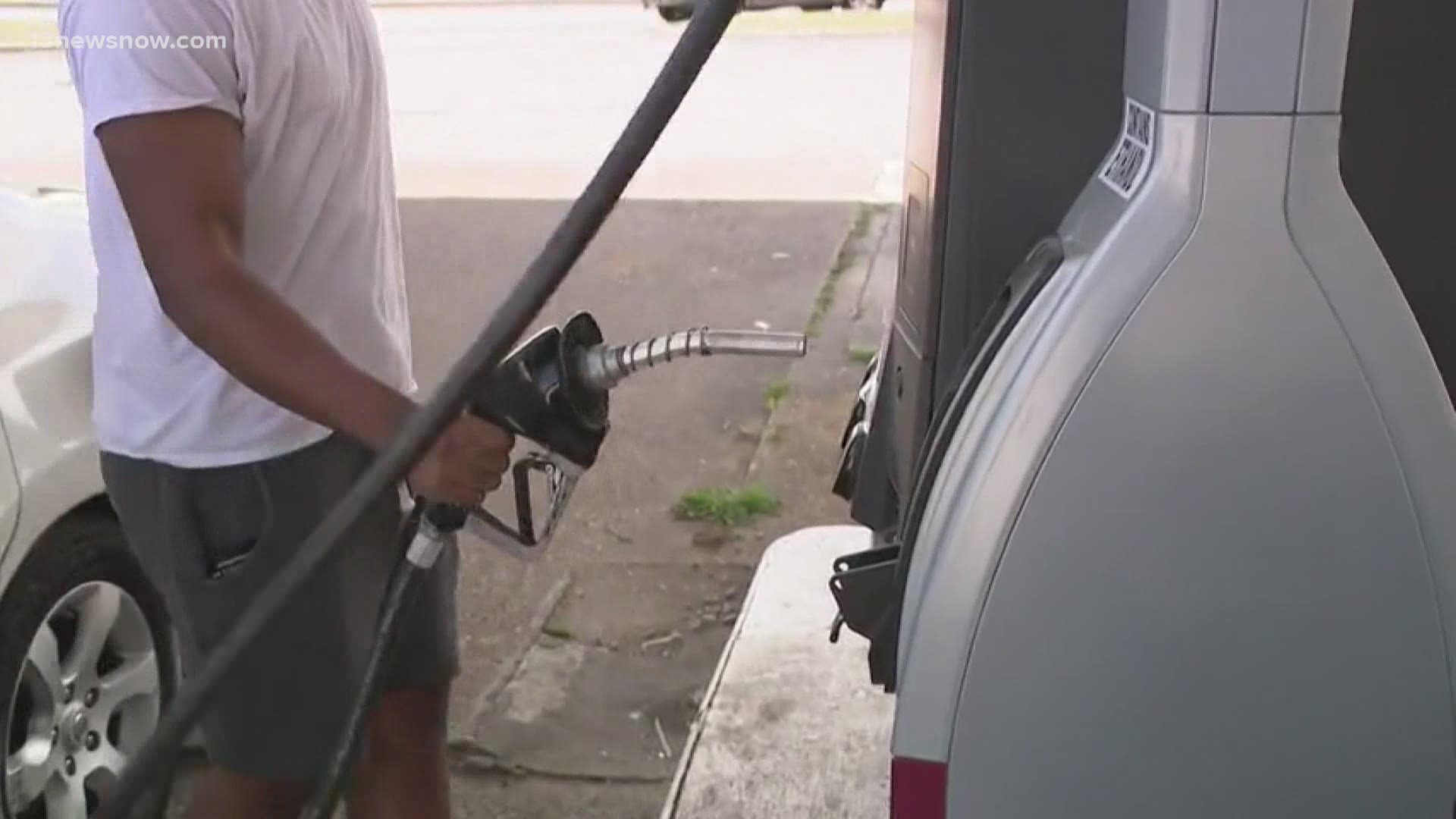 NORFOLK, Va. — Virginians hitting the road this Memorial Day weekend are expected to see the highest gas prices since 2014.

AAA Tidewater Virginia says the current average price in the state is $2.94--23 cents higher than last month. It's a penny less than last week and it is the first time that the average gas price in Virginia dropped slightly since the Colonial Pipeline shutdown.

On the national level, the average U.S. price of regular-grade gasoline jumped 8 cents over the past two weeks, to $3.10 per gallon. The average is 17 cents more than last month and $1.12 more expensive than last year, according to AAA Tidewater Virginia.

The supply disruption from the pipeline shutdown and a rise in corn prices (a key ingredient in corn-based ethanol) attributed to that increase.

The highest average price in the nation right now is $4.23 a gallon in the San Francisco Bay Area. The lowest average is $2.53 in Houston.

“AAA expects 37 million Americans to travel, mostly by car and plane, for the Memorial Day holiday weekend. That is a 60% increase over last year’s holiday and a strong indication that summer travel is going to be largely popular,” said Holly Dalby, spokesperson for AAA Tidewater Virginia.

“With the increase in travel demand, gas prices are going to be expensive no matter where you fill up, so plan ahead. The AAA app can help to find the best price.”

While the Colonial Pipeline is back in operation and deliveries are in progress, some stations in the southeast continue to experience supply strain.

This is likely to extend into the holiday weekend, but motorists should still be able to fill-up.