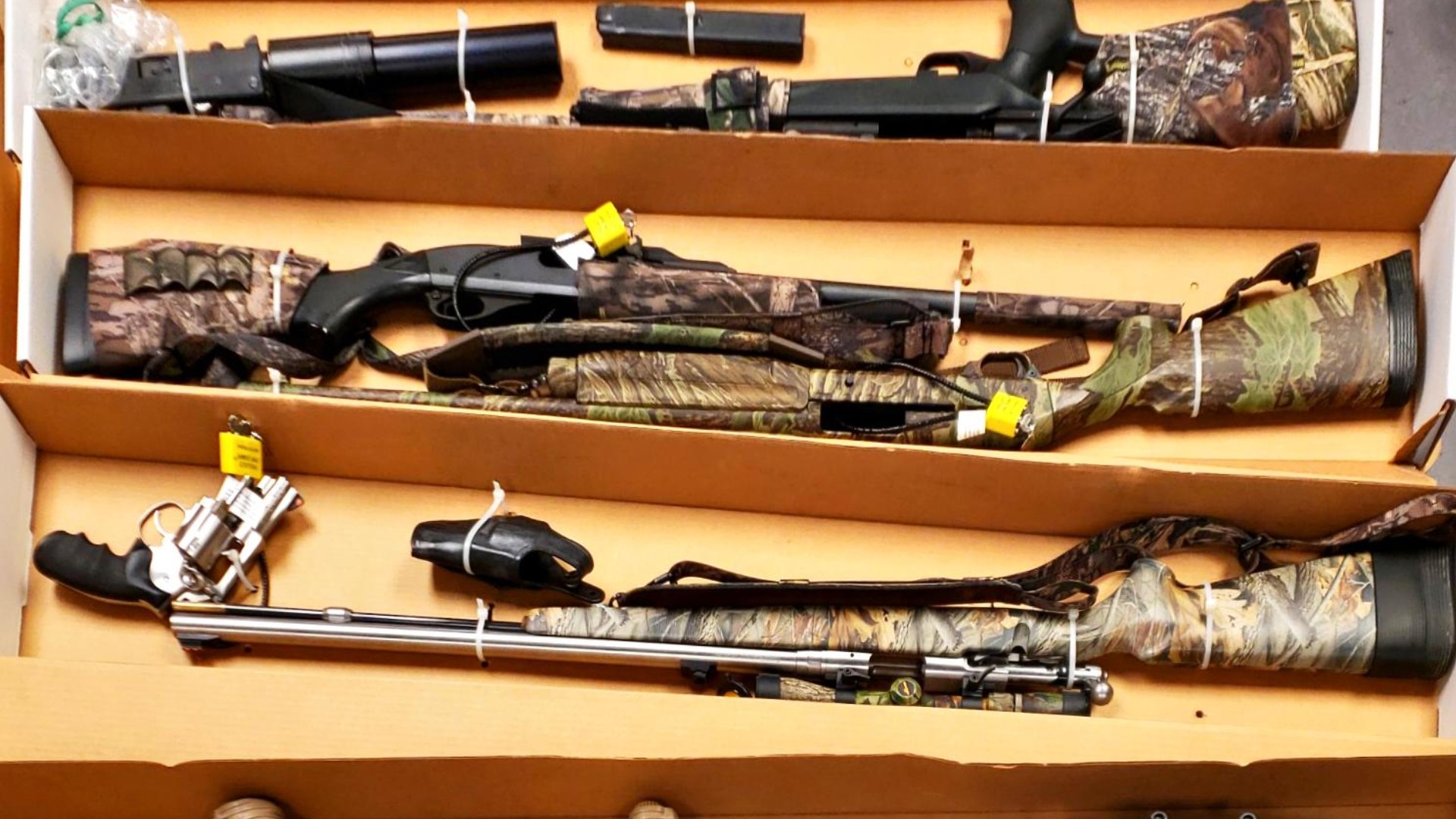 ROCKVILLE, Md. — Maryland judges have denied or dismissed nearly 48 percent of Extreme Protective Order petitions sworn out since October against people suspected by concerned family members and police of being at risk of suicide or committing gun violence.

The rulings allow the people subjected to the petitions to get guns seized by police returned to them.

The so-called "Red Flag Law" petitions are being hailed as life-saving by supporters who say uncounted suicides, violent attacks and at least one potential school shooting have been stopped by the new Maryland law enacted in October 2018.

The law gives police the right to immediately seize guns from people suspected of being an imminent threat to themselves or others while letting the courts sort out the legalities later.

The statistics indicate judges are not "rubber-stamping" the gun seizures, according to Montgomery County Sheriff Darren Popkin who is keeping a statewide database on the implementation of the law.

Popkin reports there have been 788 Extreme Protective Orders issued in Maryland since the law took effect in October of 2018.

Of those, judges have denied or dismissed 376 of the petitions, which allows targeted individuals to demand their guns back.

However, more than half of the petitions are upheld, allowing police to keep possession of an individuals weapons for at least a year.

RELATED: Should all guns be treated equal? | Crucial vote on background checks for guns in Maryland

"It's more people in crisis," Popkin said. "It could be domestic related. It could be a school threat."

"From my analysis, whether it's nationally or here in Maryland, (the cases) have been mental health related with a nexus to mental health," Popkin added.  "One third of the almost 800 orders have had emergency evaluation petitions attached to them as well.  So many of these people - not only are we serving them these Extreme Risk Protective Orders - but we're getting them to hospitals for treatment."

Credit: WUSA9
A sampling of guns seized in Montgomery County Maryland with Extreme Risk Protective Orders from people suspected of being at immediate risk of suicide or violence.

Under Maryland's Red Flag Law, Extreme Risk Protective Orders can be sought by a spouse, relative, intimate partner, legal guardian, law officer or a medical provider who believes a person is in danger of committing suicide or a launching a violent attack with guns.

Once the order is issued police may immediately seize guns and the person may not purchase firearms or ammunition.

Usually a judge will schedule a hearing within seven days of an Extreme Risk Protective Order being issued to review evidence.

If the order is upheld, police may hold seized weapons up to a year.  Courts have the right to extend the orders for another six months "for good cause."