The homicide happened in the 2300 block of Branleigh Park Court in Reston. 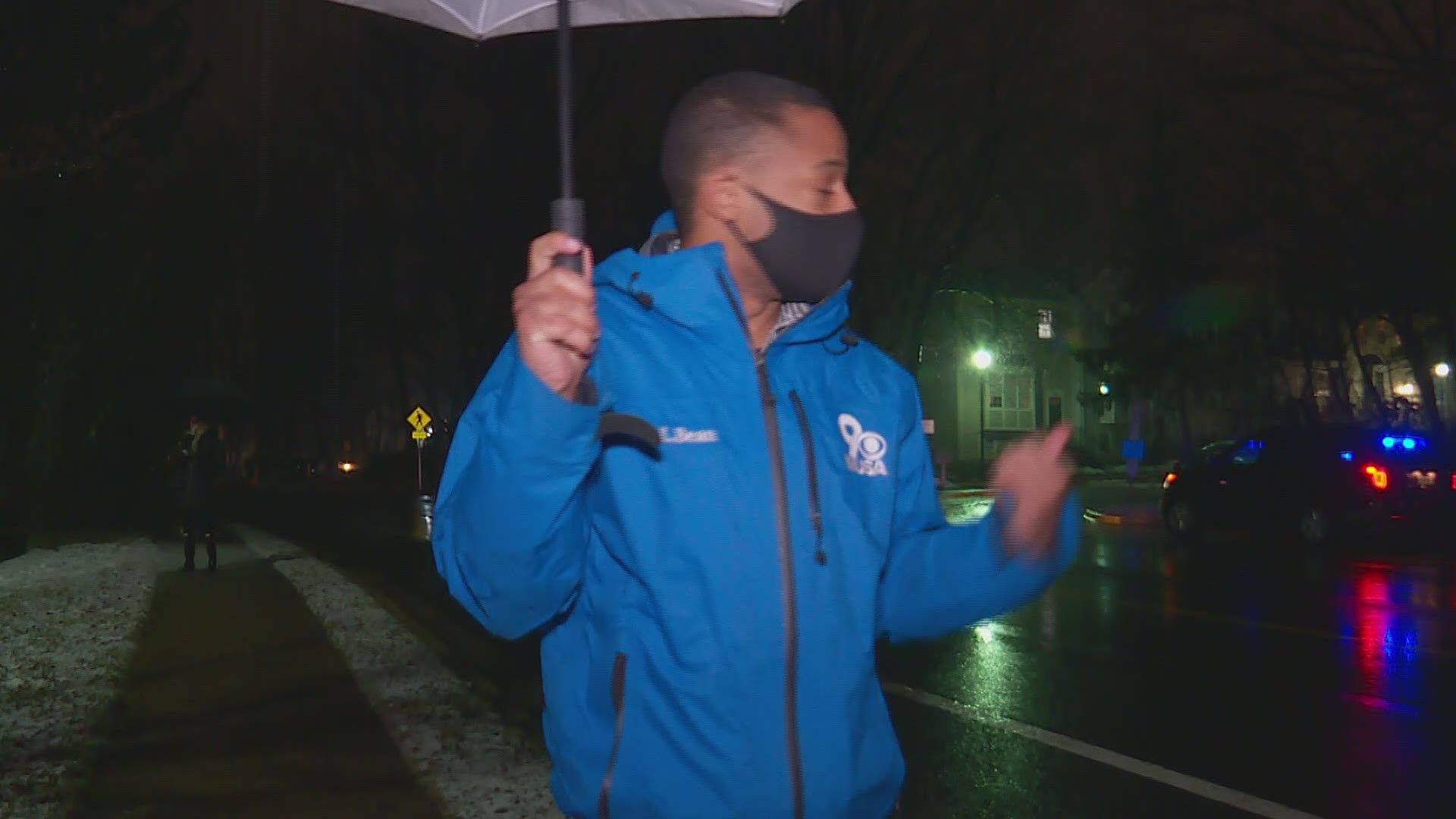 FAIRFAX, Va. — A man was killed in Fairfax County, Virginia around 2 p.m. on Wednesday, according to the Fairfax County Police Department.

This does not appear to be a "random act of violence," said police about the homicide that happened in the 2300 block of Branleigh Park Court in Reston.

When officers arrived, they found a man outside a townhome community with an upper-body gunshot wound, according to FCPD.

Police said they think the suspect left the area in a silver SUV similar to a Nissan Rogue.

Detectives Wednesday evening were canvassing for private video, as of the last report from police.

Fairfax County Police has been working on creating a victim profile so its detectives can try and get an idea as to why the man killed may have been targeted.

Major Crimes and Crime Scene detectives remain at the homicide scene in Reston. Updates will be posted on our blog, https://t.co/lhGv3NDvYs, when available. #FCPD pic.twitter.com/lb6xcKfDrw

Wednesday's murder in board daylight happened less than half a mile from where police said a woman was shot and killed in September.

Bedor said this area of Reston is typically safe but will do what they can to ease people's minds.

“This is generally a good area here in Reston, things do happen from time to time and it’s certainly something that we understand can be concerning and we want to do everything to ease the public’s minds," Bedor said.

Bedor said the department would add extra patrols and conduct lengthy strenuous investigations to determine how these murders happened.

No details on how old this man is.