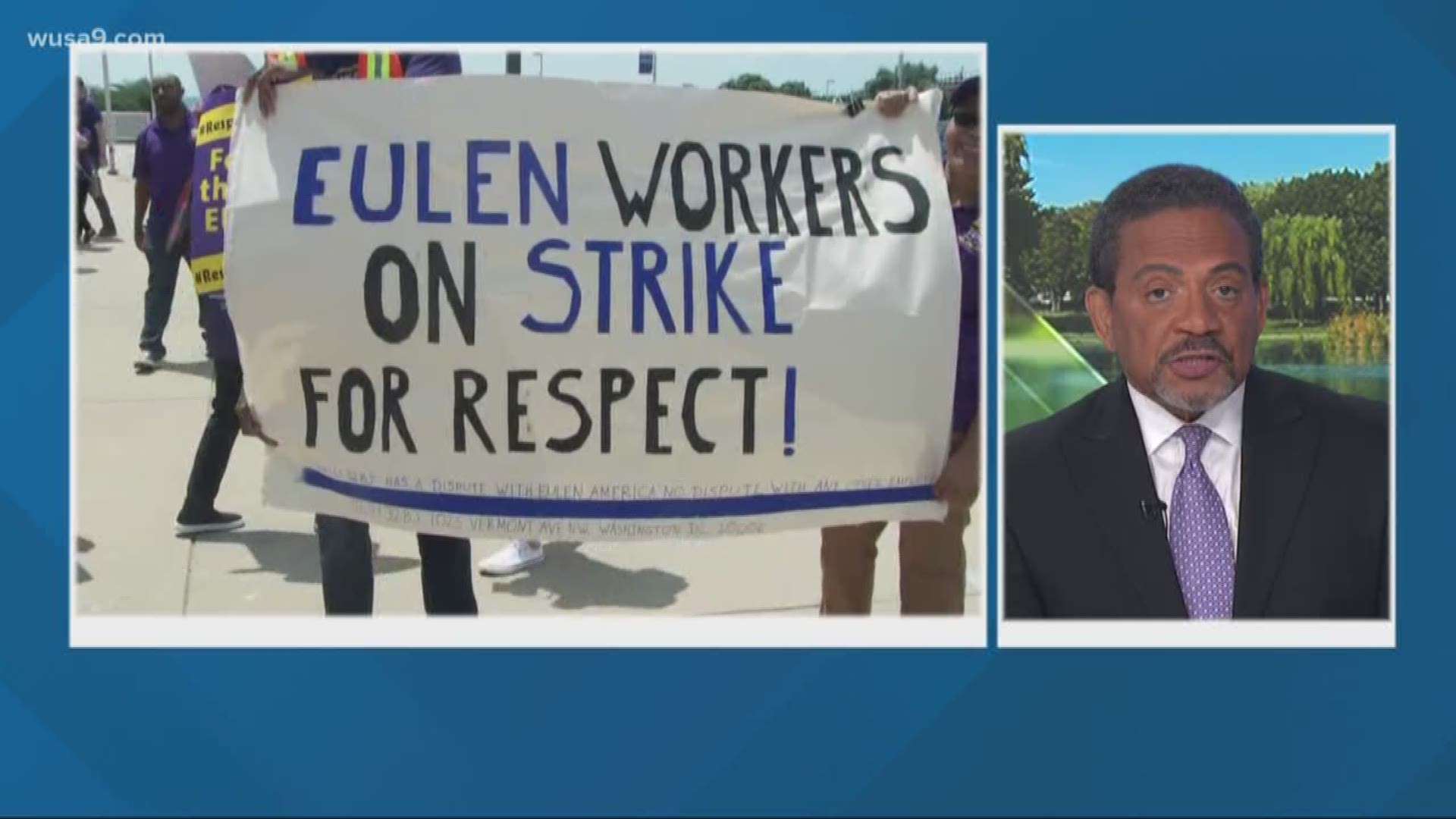 Darryl Spriggs, a cabin cleaner, said he and other Eulen workers are short-staffed and lack the proper supplies to adequately clean nearly 25 planes per day.

He said in the press release that in addition to the lack of properly-fitting gloves, there are often only five of the 10 people he believes are necessary to clean the planes. Additionally, Spriggs said his crew only has the right cleaning supplies a few times a week.

However, Eulen CEO, Xavier Rabell said, "Eulen America workers were not and are not on strike in any airport. All services are being provided with no disruption to our clients. The union PR campaign is using non-Eulen workers in their protests locally to create confusion. Our employees are at work, and flight and passenger support operations are not being disrupted."

According to the press release, Eulen, the Spanish-owned company, has an "alarming history of claims filed at various airports on the East Coast by its almost exclusively immigrant workforce."

These filed claims are for alleged wage theft, contentions of discrimination and sexual harassment and other unfair labor practices.

The release said Eulen airport workers in Miami, Fort Lauderdale, NYC and D.C.went on strike to "send a message to Eulen and the airlines they serve that poor working conditions, intimidation, harassment, bullying and other anti-worker tactics have no place in our nation’s airports."

In response, Eulen CEO, Xavier Rabell, said, "We do not object at all if our employees wish to unionize. No one needs to mislead the public about our company in order to choose the right to collective bargaining. What we DO object to is inaccurate and unfair characterizations about us and how we treat our team members. Eulen America wants to reiterate our full commitment to our business partners, our employees and our culture of safety and respect."