DC residents have been posting their experiences on a trending thread on Reddit. 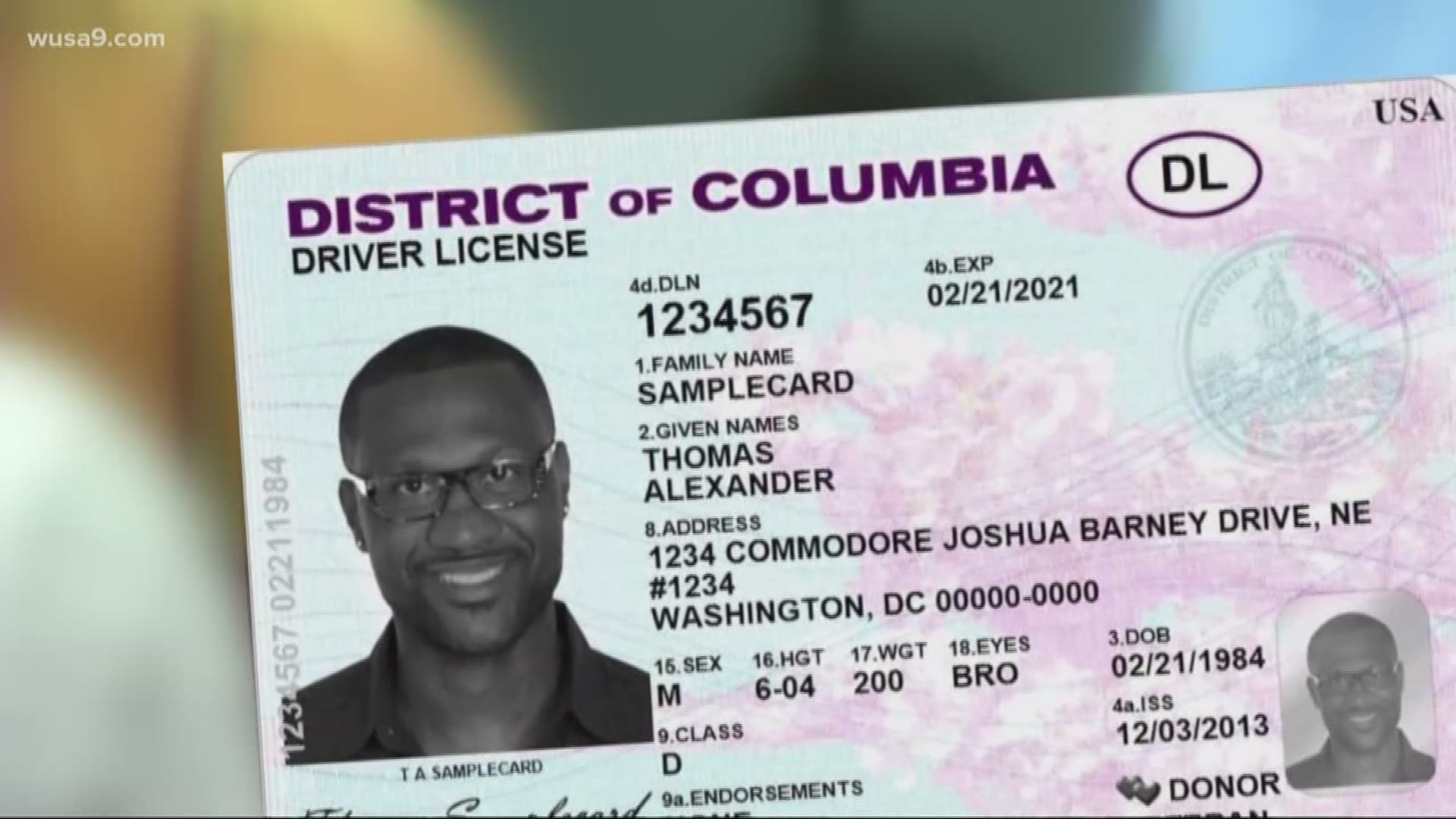 WASHINGTON — There is new evidence to suggest that TSA agents and other ID checkers sometimes don't recognize that the District of Columbia's newest Real ID Act-compliant licenses are valid U.S. identification.

D.C. residents have been posting their experiences on a trending thread on Reddit.

"The TSA guy insisted they needed a passport to fly back to D.C.," wrote one user who said he saw D.C. residents struggling to clear security in San Antonio, Texas.

Another writer described an incident in Chicago where "the TSA agent kept insisting that a foreign driver's license is not valid ID."

The ID was a D.C. driver's license.

"People think the District of Columbia is in Colombia," as in the country, another post said.

"There should be a nationwide education campaign to teach everyone who handles IDs what the District of Columbia is," one Reddit user recommended.

I just realized that when I have trouble at security when I show my DC driver’s license it’s because people think “District of Columbia” is in Columbia. I finally pressed someone who stopped me as to what was going on and he embarrassingly admitted it after realizing. Anyone else encounter this? from washingtondc

The problems are being reported despite changes made by D.C.'s DMV in 2017 designed to make licenses more recognizable to poorly educated checkers in other parts of the country.

The DMV replaced the title on licenses from District of Columbia to Washington, D.C.

"He asked me 'Do you have a state ID?' and I didn't know how to answer because this is technically not a state, but the ID is federally recognized so I just kind of was flabbergasted," Freeman said. "He was kind of motioning for me to go to the back of the line and that I needed a passport or something."

Freeman said a supervisor straightened the issue out and he was able to make his flight.

D.C.'s licenses are Real ID Act compliant, and are only issued after residents present additional documentation proving their identities.

Citizens who have not renewed or updated their information to become Real ID Act compliant may not be able to fly or visit federal facilities beginning in October of 2020.

RELATED: VERIFY: Do I need to upgrade to a Real ID in DC, Maryland and Virginia?